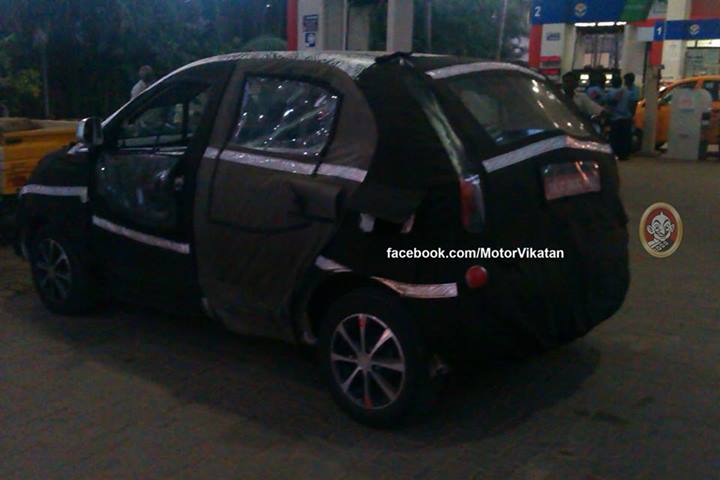 Tata is very aggressively testing its upcoming new Tata Vista facelift which it will launch towards the early part of next year. Many spyshots have started making way and continuing the trend here are the latest ones coming right from Coimbatore.

Motor Vikatan has spied a covered 2014 Tata Vista facelift mule at some petrol station in Coimbatore. We already know by now that this appears to be more of a rearlift and Tata is concentrating on redesigning the rear of Vista. Here are the changes noticed so far: 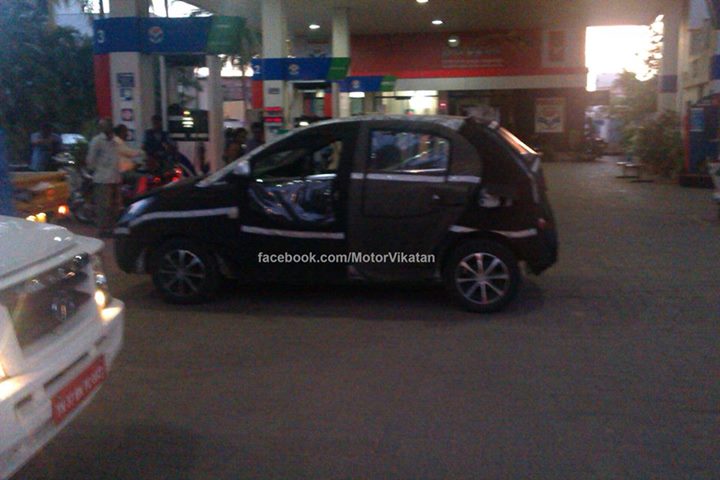 The front is also expected to go through a makeover, however not much can be said about it right now. Speculatively, new 2014 Vista will be sharper and more aggressive in looks and we also expect changes to its interiors.

In terms of engines the new 2014 Vista will get the same 1.3L Quadrajet diesel engine as well as the 1.4L Safire petrol motor,both from Fiat. However, it is expected that the new Vista will ditch the existing BS3-Only TDI diesel engine and will sport the more modern 1.4L CR4 diesel mill which is BS4 compliant. (Check spyshots) 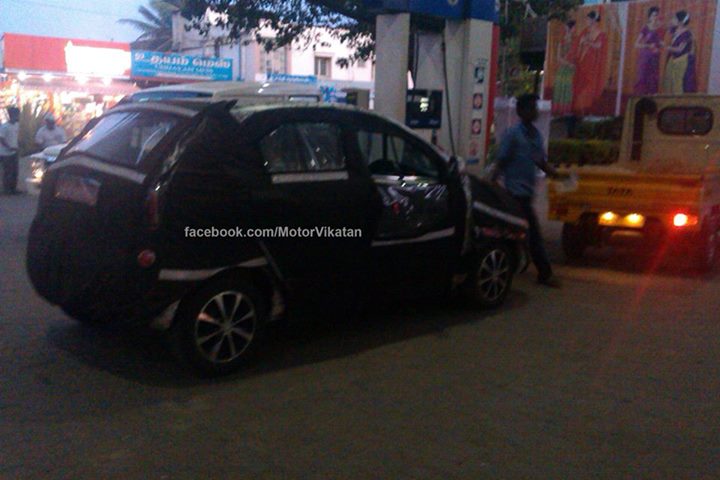 The biggest change we expect in this upcoming Vista as well as all the new Tata cars is ‘better overall quality’. Right from the plastics used to how they are bolted and how well they are finished. It remains to be seen how does Tata fight it out in these tough times.

First official unveiling of this 2014 Tata Vista is expected at the upcoming Auto Expo in February 2014. And Tata is expected to launch it soon thereafter.

Also Check: Xclusive: Tata Aria Automatic (AT) Spied For The First Time Ever!