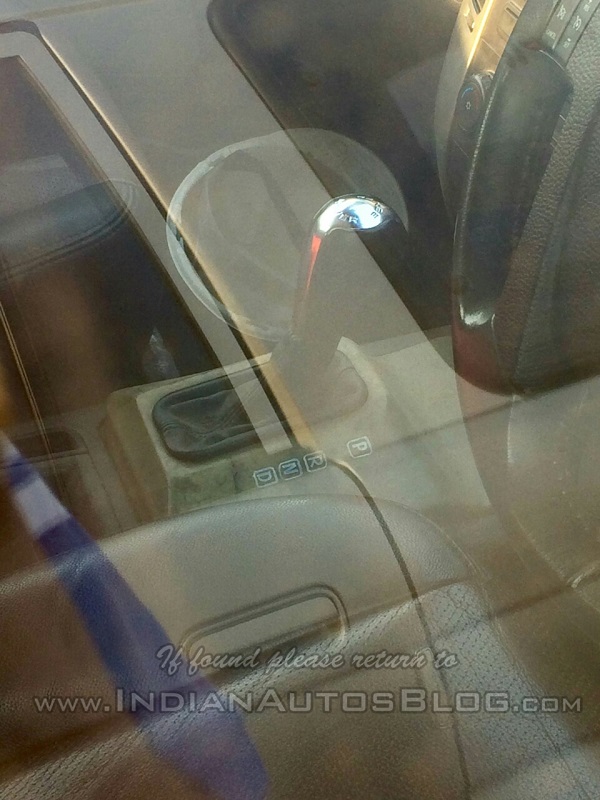 Way back in September 2013, we brought to you the first ever spyshots of an Aria Automatic test mule and Tata has been testing it even before that.

Fast forward to January 2015, Tata has yet again been caught testing its Aria Automatic in Pune (via Indianautosblog.com). And if you thought the company has stopped working on this ‘one-of-the-biggest-flops-ever‘ car, these fresh set of spy pics will prove you wrong. 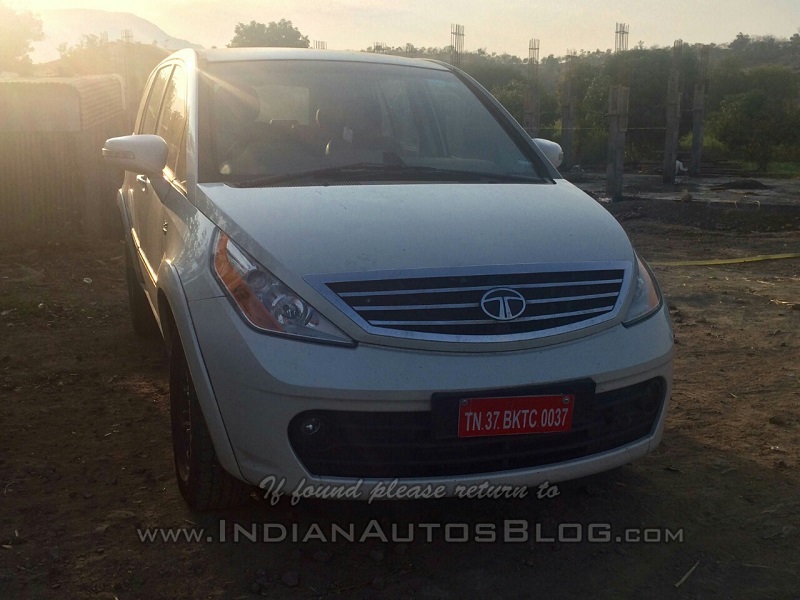 The Aria automatic spotted here is the top of the line Pride 4X4 variant and the company has already showcased it at various Auto Shows earlier. The 2.2L 4-cylinder VariCOR diesel engine will be retained, however, according to the official specs shared by Tata, power and torque figures go through a bump.

The Aria AT produces 156PS of power and more importantly 400Nm of humongous torque (against 150PS and 320Nm of the current version) and is mated with a 6-speed automatic transmission.

Interestingly, ace rival Mahindra is also preparing an Automatic version of their XUV500 which is slated for a launch sometime towards the second half of this year. This means, Tata has, yet again, missed out on the opportunity of coming to this territory earlier and setting a better foothold.

Aria, otherwise not a bad car, has suffered because of Tata’s utilitarian car-maker image and people just couldn’t consider buying a 15 lakh Tata! However, things are changing and the company has taken a lot of measures not only to resurrect its image but also produce quality products.

They have a huge lineup of cars waiting for market launches and this Aria AT may be pushed to sometime next year.