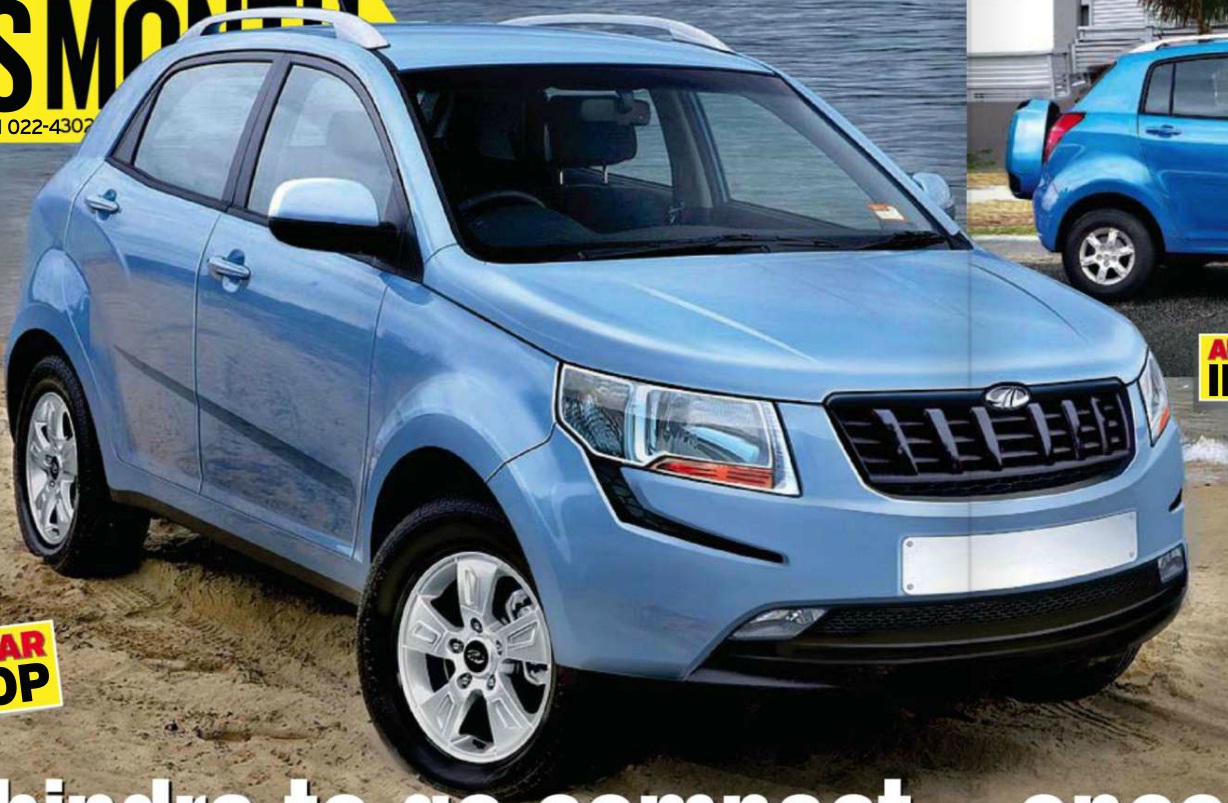 After revealing a shocker of a news of Mahindra’s upcoming compact SUV a few days back, Autocar shows more of it, which is codenamed as S101 and will rival EcoSport and other similar sized SUVs.

In their latest print edition of this month, Autocar has revealed how the compact SUV will look like and what you see in the pictures just gives us surprising goosebumps! This looks like a smaller brother of XUV5OO and there are chances that Mahindra might call it with a similar name – XUV2OO, XUV3OO. This will solve their problem of the car name ending with ‘O’ and will also give the compact SUV a brand to start with.

This is as interesting as it can get. A price tag of around Rs 5 Lakh for the base variant and we are on our way to get pampered! And what’s nicer is the fact that there are more luxurious variants based on the same platform on the cards.

For more details and pictures, you can purchase this month’s Autocar magazine.

All credits to Autocar for bringing up such a fabulous scoop.