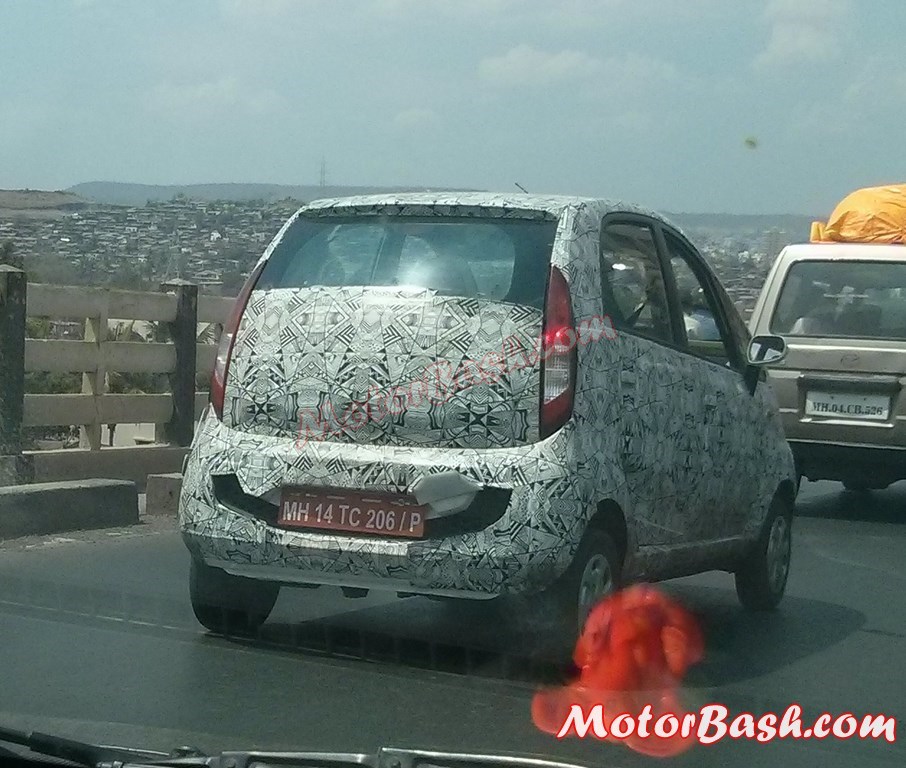 In an interesting turnaround of things, an earlier report by a reputed publication a few days back claimed that Tata has shelved their Nano diesel plans for our markets.

Like you, we were also surprised but Tata not talking about it at the Auto Expo surely hinted at the same. However, a Nano diesel mule made way just a few days back which further created confusions. Now, to further complexify things one of our reader Anup Kulkarni shared spyshots of this Nano mule which was running in full camouflage somewhere on the Pune-Bangalore highway. 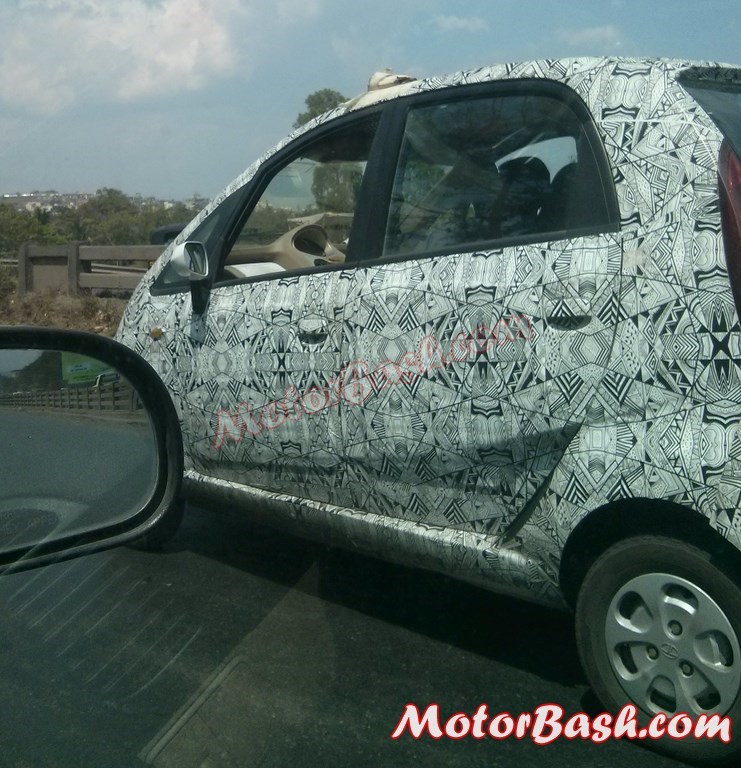 As a first, let us tell you that this d0esn’t appear to be the same 624cc 2 cylinder petrol engine as it has the exhaust towards the left hand side. The quashes the possibility of this mule being the upcoming Nano Twist Active or Nano F-Tronic AMT, both of which are powered by the same 624cc engine according to the official details shared by Tata so far. 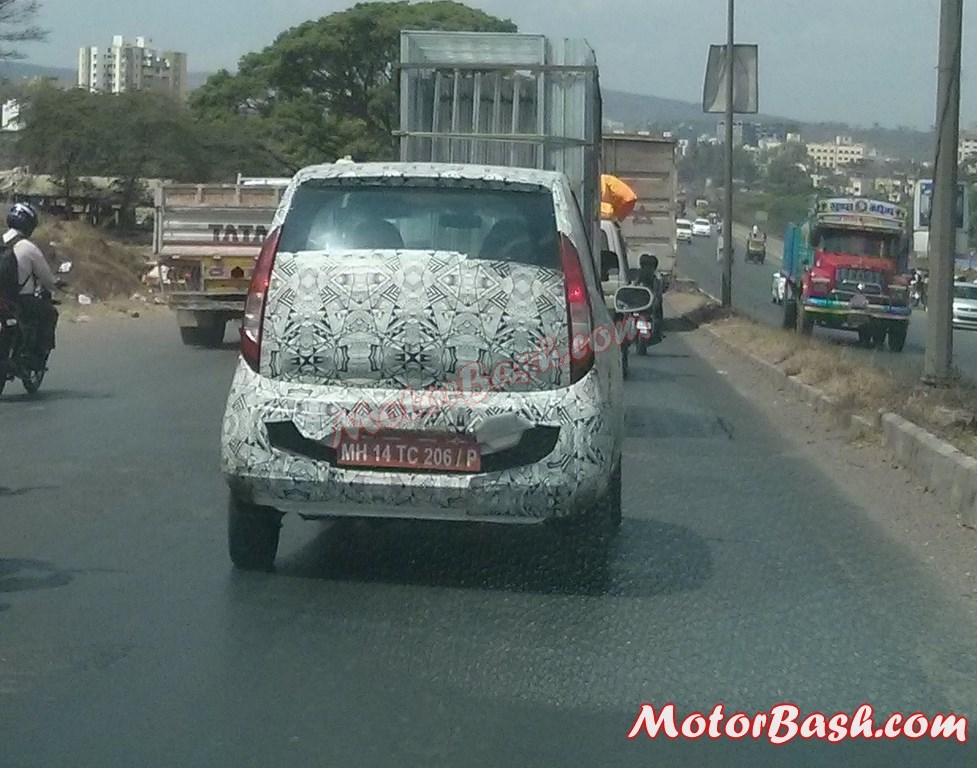 Now, we surely can speculate it to be either the bigger 800cc petrol version which may be called as Nano Plus or the Nano diesel which is as mysterious it gets. We feel this may just be the Nano diesel since we have exclusive proofs of the motor being tested with an exhaust towards the left hand side as the following (older) pic details. 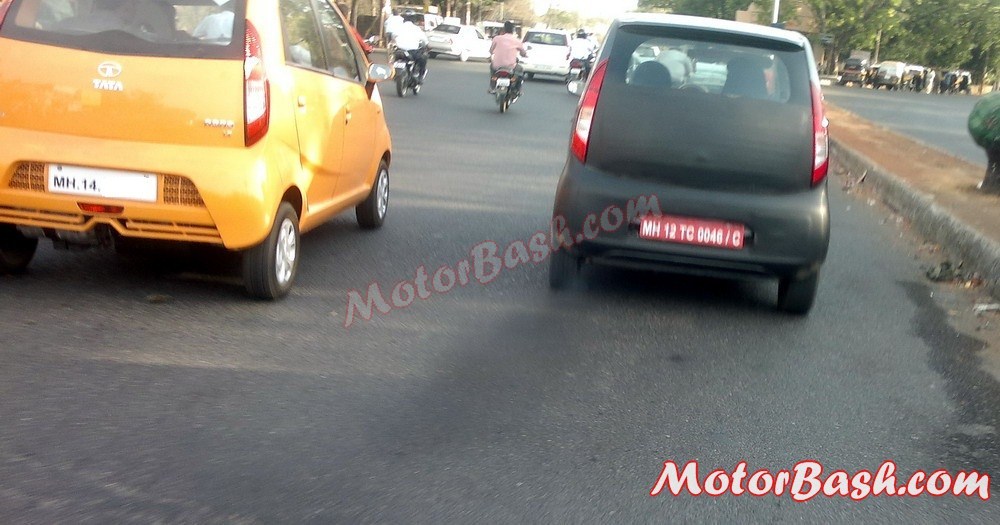 The mule certainly follows the newer-gen Nano design and looks with a smiling rear bumper. It also gets the roof-mounted radio antenna from the Nano Twist and possibly the rear boot opening feature and a power steering which are not visible from these spyshots. 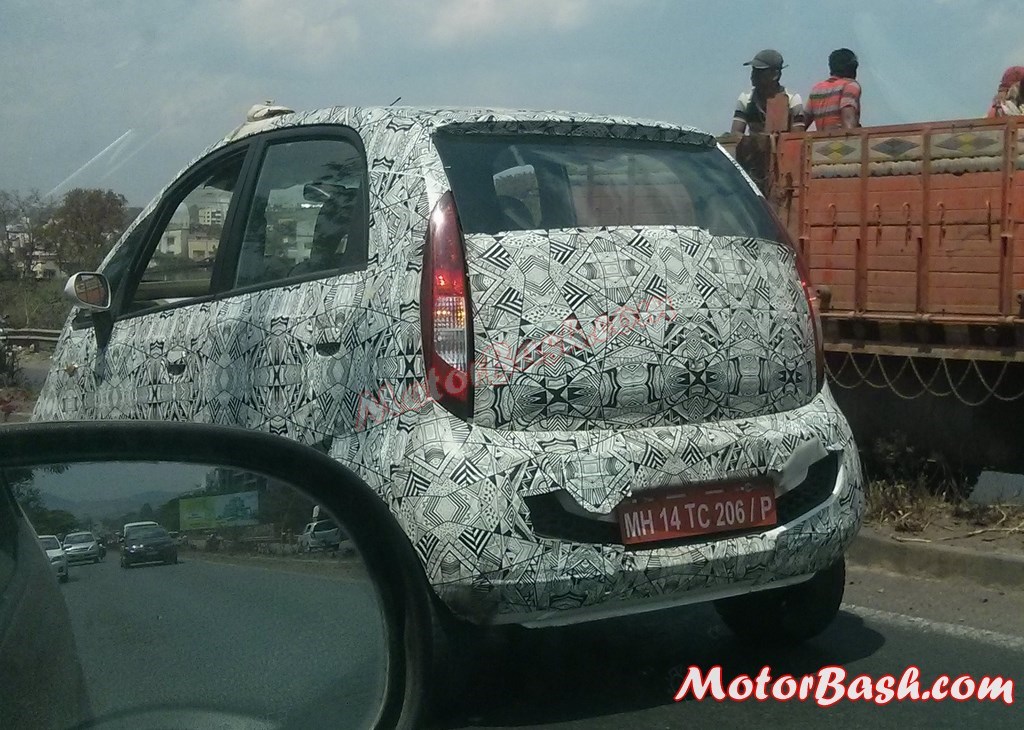 Irrespective of the actuality of this mule, Nano diesel was/is surely under works and we even had proofs of its actual on-road mileage tests that were being conducted by Tata. If it goes to production, Nano diesel is expected to get power from an 800cc turbo diesel motor with power in the range of 40PS and with fuel efficiency claims best in the market. And if you are waiting for a launch update, let us disappoint you we do not have one at this point of time!