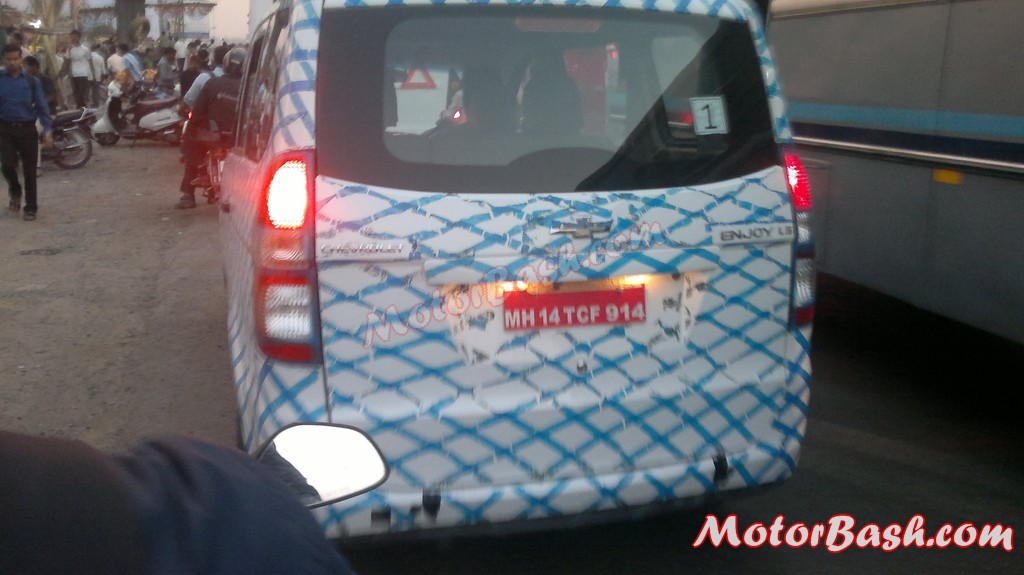 In its onslaught of products in India, Enjoy is Chevrolet’s next shot from its Chinese arsenal. The latest two being the Sail twins. Chevy has already shared the official studio shots of Enjoy MPV on its official website.

One of the local dealer here in Pune is claiming the launch date to be 11 May but a few online websites are quoting the date as 9th May. So far we have not received the official invite of the launch but through these murmurs, it appears that the launch will happen in early May somewhere around the quoted dates.

Meanwhile, we spotted this Enjoy, still camouflaged, stuck in a traffic jam near Hinjewadi in Pune. The driver appeared to be a company employee and also confirmed that the company is planning to launch this car in two weeks. This was a petrol model in the LS trim which in general Chevrolet’s hierarchy is the second best trim level. 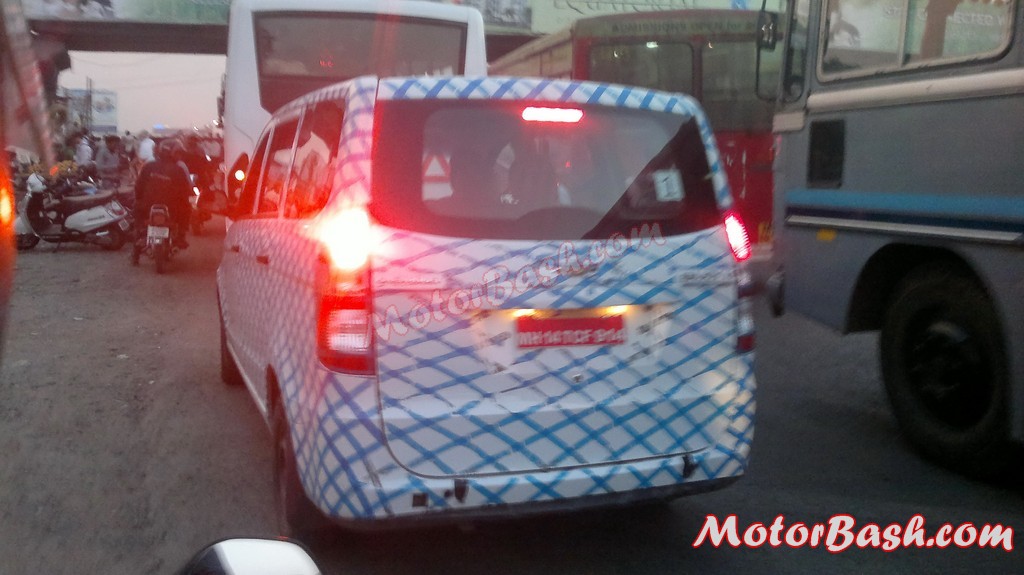 Enjoy will come with a 1.4L petrol mill capable of churning out 103PS of power output and the 1.3L SMARTECH diesel engine from Sail twins in similar tune of 78PS/205Nm. With Enjoy Chevy is targeting Ertiga and intends to beat it by providing better space and possibly an aggressive price tag.