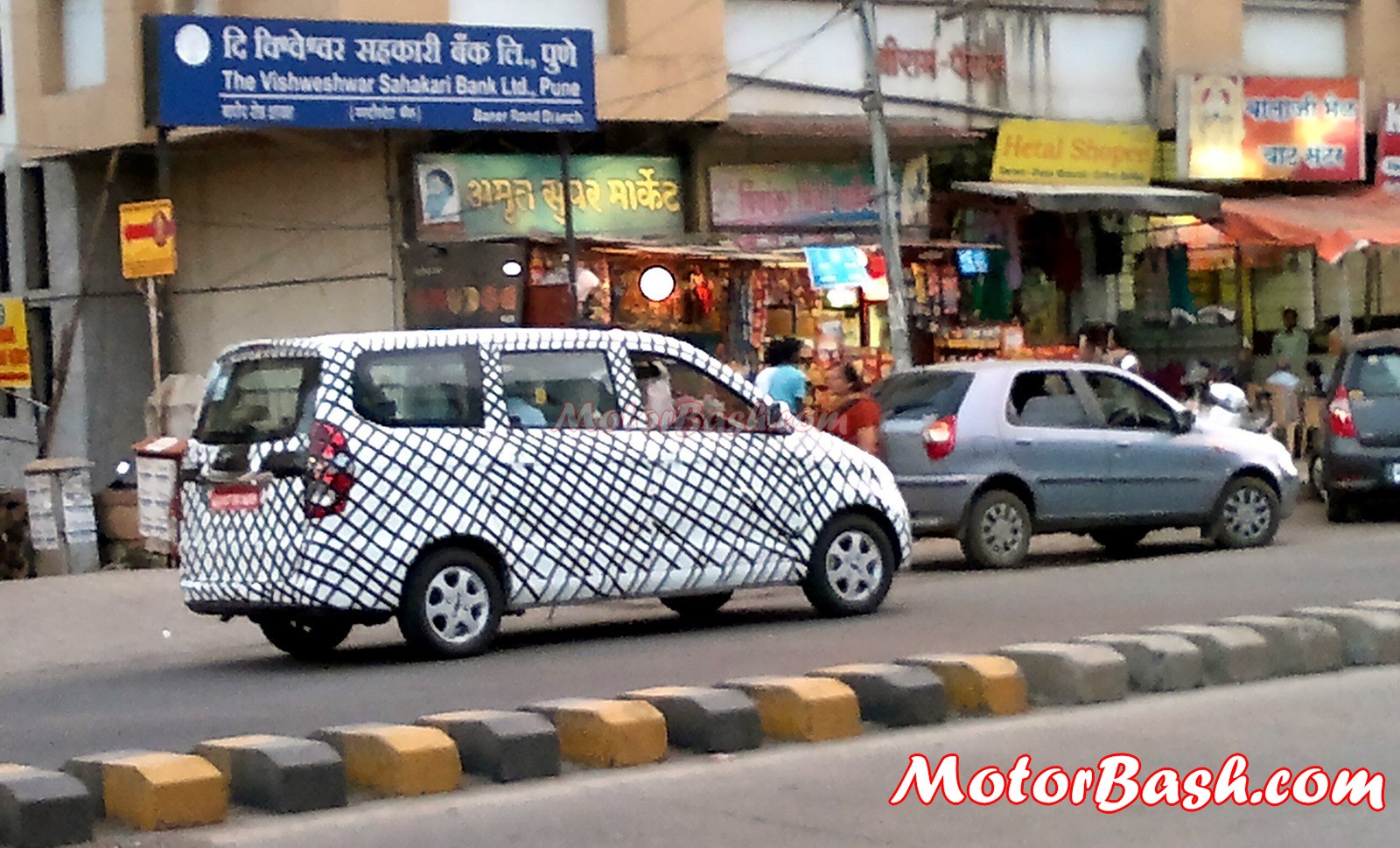 Chevrolet is busy preparing a slew of launches it has scheduled for this year. They have already launched upgraded Tavera, Cruze and Captiva in the Indian market and they still have many more products lined up.

Among them, the MPV Enjoy is the people carrier which we snapped today, yet again. Against the last scoop of Enjoy, which seemed to be the entry level variant, this looks like the top-end variant. I went up to the driver and posted a few questions as well. Here is what I could notice.

Chevrolet Enjoy would be launched during end of this year and probably after Diwali. The company currently is targetting December as the launch month. Enjoy would come in both petrol and diesel forms. The diesel would be the 1.3L multiJet diesel which we all are familiar with, whereas the petrol is expected to be a 1.4L motor. This petrol engine might NOT be the one borrowed from Aveo.