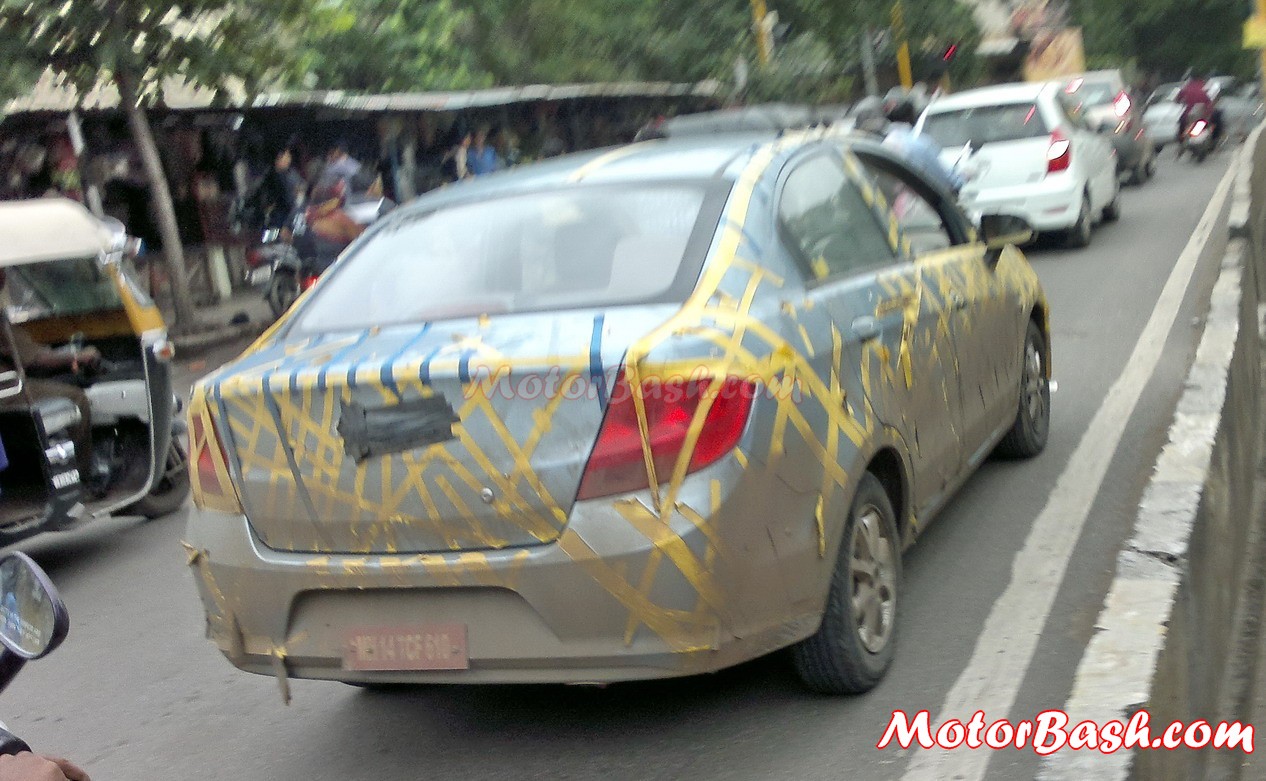 It was commonly believed that the Sail sedan would get the 1.4L mill possibly a reworked form of current Aveo’s. But according to the latest information we have, Sail sedan would also come with the same 1.2L petrol mill which would be borrowed from Beat. The diesel mill would be the 1.3L MultiJet diesel which we are so accustomed to in India.

However, we are not sure about the tune and there might be a little tune difference between these variants. This would definitely help Chevrolet to keep costs lower by sharing engines across and other bits between products. This is also expected to ensure that the sedan version is relatively more fuel efficient. However, it would be interesting to see Sail’s on-road performance from this small engine.

From the model we caught today, the interiors did not look as better as the Sail hatch, though they were similar. This was the petrol variant under test. Chevrolet people are calling this car as ‘nothcback‘ rather than the common term we use ‘Sail sedan’. Till our last reports, it was not finalized that whether Chevrolet would call this car in India as ‘Sail’ or something else. We expect a very competitive price tag for both Sails – Sail UVA hatch and this notchback version.

Chevrolet has a number of cars planned for this year. Also check our earlier scoop of Sail nothcback.

If you are awaiting for the right SUV, check the complete list of all SUVs and CSUVs that might hit our shores.