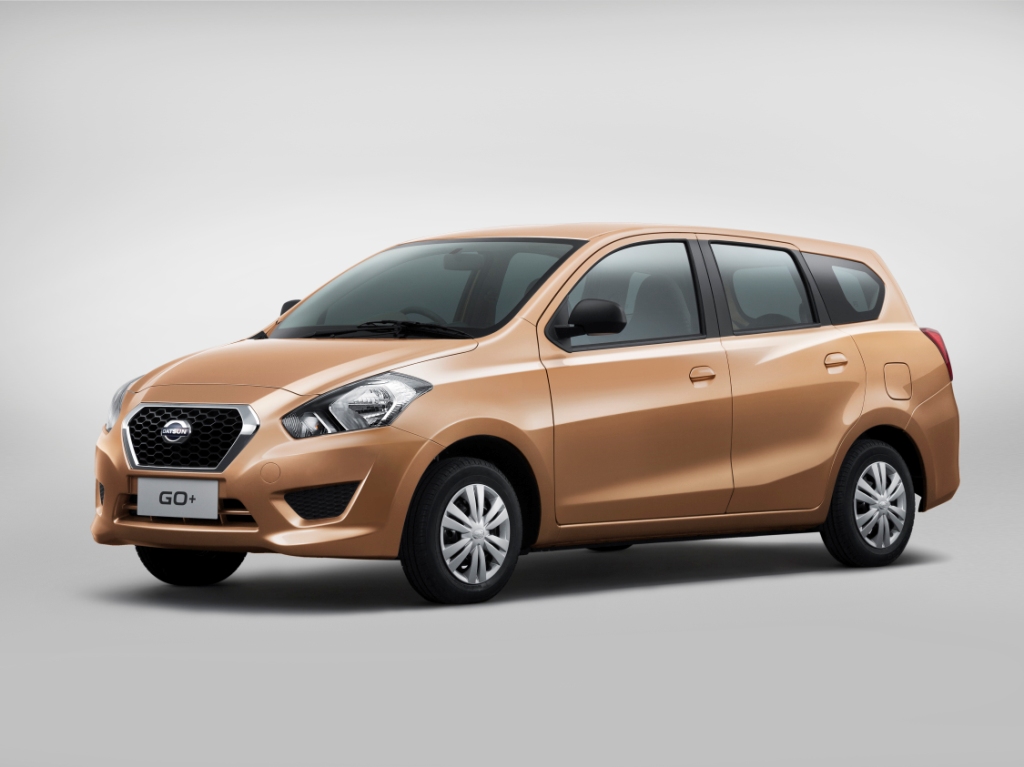 To expand its footprint in the global arena, Datsun continues its product offensive. It has unveiled the GO+, an MPV based on the GO hatchback which was unveiled globally in India on 15th July.

The GO+ MPV is also India bound, though no comments on its possible launch date can be made.

The recently-revived carmaker states that Datsun GO+ will be both distinctive and practical, and will also be priced very affordably. It will have three rows of seats, featuring a 5+2 seating arrangement. It is also claimed that the MPV will be very comfy, ensuring a pleasant ride no matter how large the family is.

The car’s exterior shell is an extended version of the GO hatchback. It appears as if the hatchback has been provided with an extension of the wheelbase as well, thereby preventing things from looking disproportionate. However, such an approach could reek of extreme cost-cutting to some. Nevertheless, we aren’t so critical of Datsun’s approach. They are aiming to provide what they had promised; pride, independence and the opportunities that follow in the wake of a car ownership.

The design cues could be a mixed bag. We feel it is a good job done given the price limitations within which Datsun’s designers had to function as the cars are mostly targeted at the base of the pyramid. It is not here to win any beauty contests and frankly speaking which Indian MPV looks good?

There are some smooth curves, accentuated by sleek lines. The headlamps are peculiar, and the engine grille can be termed mellowed-down. A subtle rise in the height of the window line is accompanied by a similar fall in the roofline. Not much attempt has been made to display brawn, hence we neither have thick B-/C-pillars nor puffed-up wheel arches.

Not much has been stated about the interiors in the official release. We feel this is one area where a few austerity measures would have been implemented. As of now, we only know that it will feature something called Datsun Mobile Docking Station, some trinket related to smartphone integration. And oh, this is how it will look!! 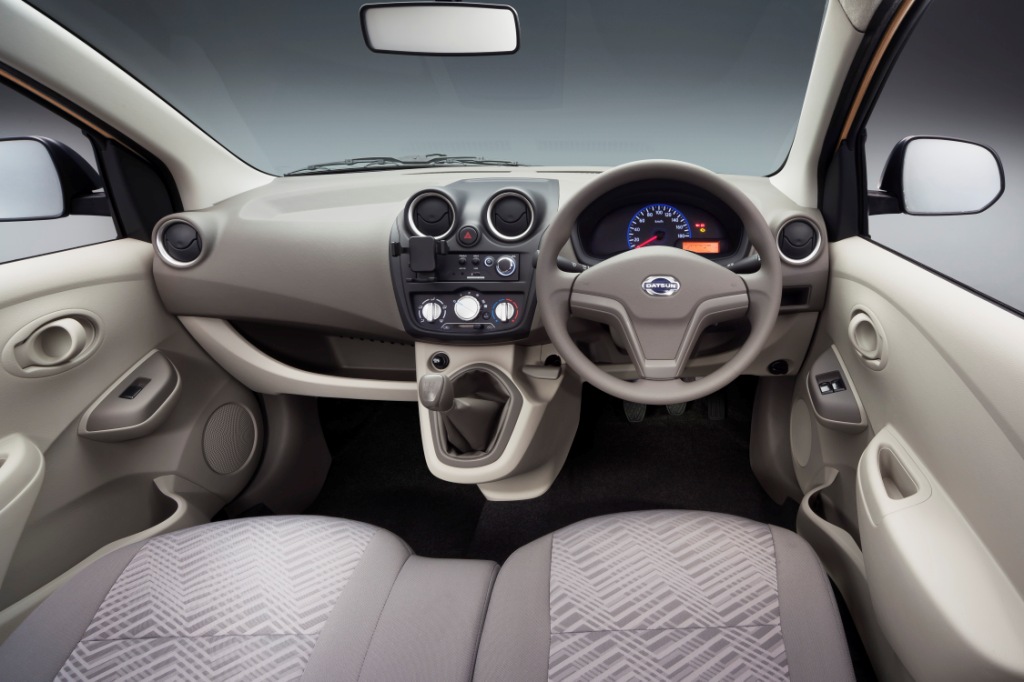 Quite frankly, the GO+ looks like that functional bauble in everyone’s lives which looks a tad flimsy, but no one can do without it in their lives.

Though it has been claimed as lightweight, there are no exact figures. The official statement says that this lack of weight helps the 1.2L engine beneath the hood to ensure brisk acceleration as well as excellent fuel efficiency. And yes we have said this – It will come with the same 1.2L petrol motor, fortunately or unfortunately!

The engine is mated to a 5-speed manual transmission. Datsun has also emphasised on the ease of driving in urban conditions. Not just the 1.2 L engine’s brisk acceleration helps, but also the car’s compact dimensions of 3,995 mm x 1,635 mm x 1,485 mm offer assistance. Yes, we have swiftly said it – Datsun GO+ MPV is a sub-4 meter car!

The sub-4 metre length also reminds us that the car will qualify for excise benefits.

Datsun is confident of attaining success in numerous markets. They have expressed that the product development has taken place after long periods of study of the local consumers’ needs and expectations. They want to take the joy of owning a car to the masses.

Datsun has emphasized earlier that their products will hover around the 4 lakh price bracket in India. So, how about a 4 Lakh proper 5+2 seater MPV? Ertiga, Enjoy are you fretting?

Do you feel Datsun GO+ MPV will be a meaningful choice for India’s masses? By the way, we liked the name 😉