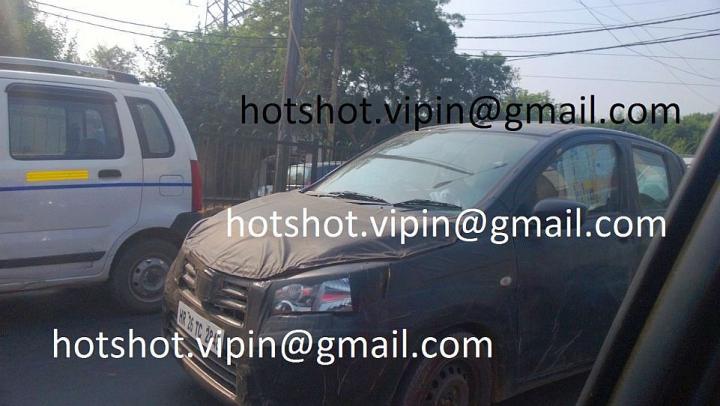 The Maruti-Suzuki A-Star will be replaced by an updated model. By the looks of a test car spotted in Gurgaon, it seems things are definitely moving at a fast clip for the replacement.

It is speculated that the Japanese Domestic Market (JDM) will get the car by the end of this year, whereas the rest of the world will get it next year.

The next-Gen A-Star is codenamed as the YL7 and we have already reported about its Indian introduction. This car has been spotted testing all around the world. The A-Star is also known as the Alto in many other markets. Spying of this car testing in India isn’t a surprise, as India with its vast populace is an important market for Maruti-Suzuki.

The YL7 will be a completely re-engineered car. It is the 8th generation model of the Alto, which traces its roots way back to 1979. This YL7/Next-Gen Alto is expected to replace both the trashed Zen Estilo (thank God!) in India as well as the current edition of the A-Star. It is expected that this car could be unveiled at the 2014 Delhi Auto Expo. Another speculation points out that this car could give rise to another derivative, a compact sedan (pure rumor we say for now).

Coming to engine options, the international version will be outfitted with the 660 cc, triple cylinder engine. Excellent fuel-efficiency is the prime objective of this 660cc motor, with it being touted to return a very impressive fuel efficiency of 33 kmpl. It will also feature high-tech stuff like start-stop system and brake-energy regeneration in its Japanese edition, and will be 20 kilos lighter.

Maruti-Suzuki is currently working on a slew of small-capacity engines, ranging from 0.8 Liters to 1.4 Liters. Hence, one of them could find its way to this all-new A-Star. Most probably, it will be the 800 cc engine. All these engines being developed are turbo-diesel units, hence the 800 cc will be no mean thing.