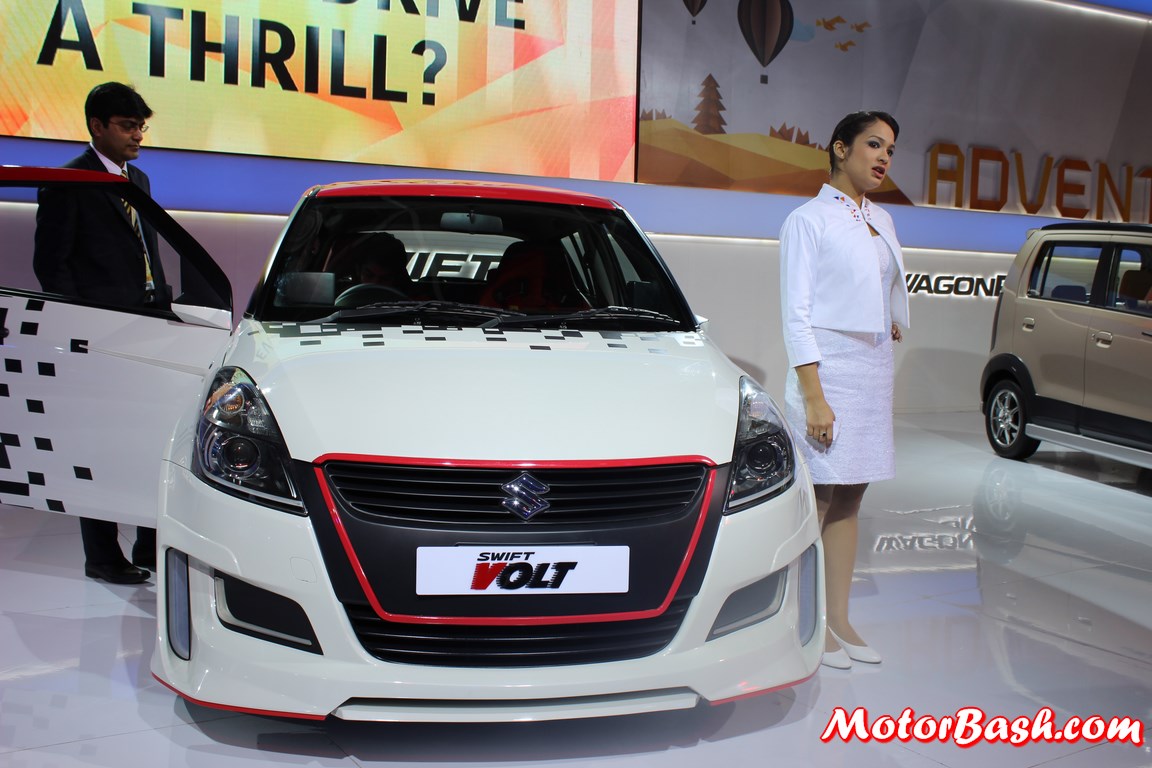 Must concede that I was taken in. Completely taken in; in fact, by an imposter parked amongst the Maruti-Suzuki exhibits at the Expo. There was this Swift, you see, looking quite faddish and with a name – ‘Volt’. I would’ve placed a wager on the thing saying it was an electric or hybrid version of Swift developed by Maruti-Suzuki. Thank heavens I didn’t.

This Volt was just a tastefully done up standard Swift and it had nothing to do with outright electrical propulsion or petrol-electric hybrid system. The Volt, however, did manage to mobilize quite a lot footfall into the Maruti-Suzuki stall.

The Volt had its roof in red contrasting tastefully with the black colour of the pillars. The white body of this Swift had graphics in black covering almost the entire rear-half of the car. 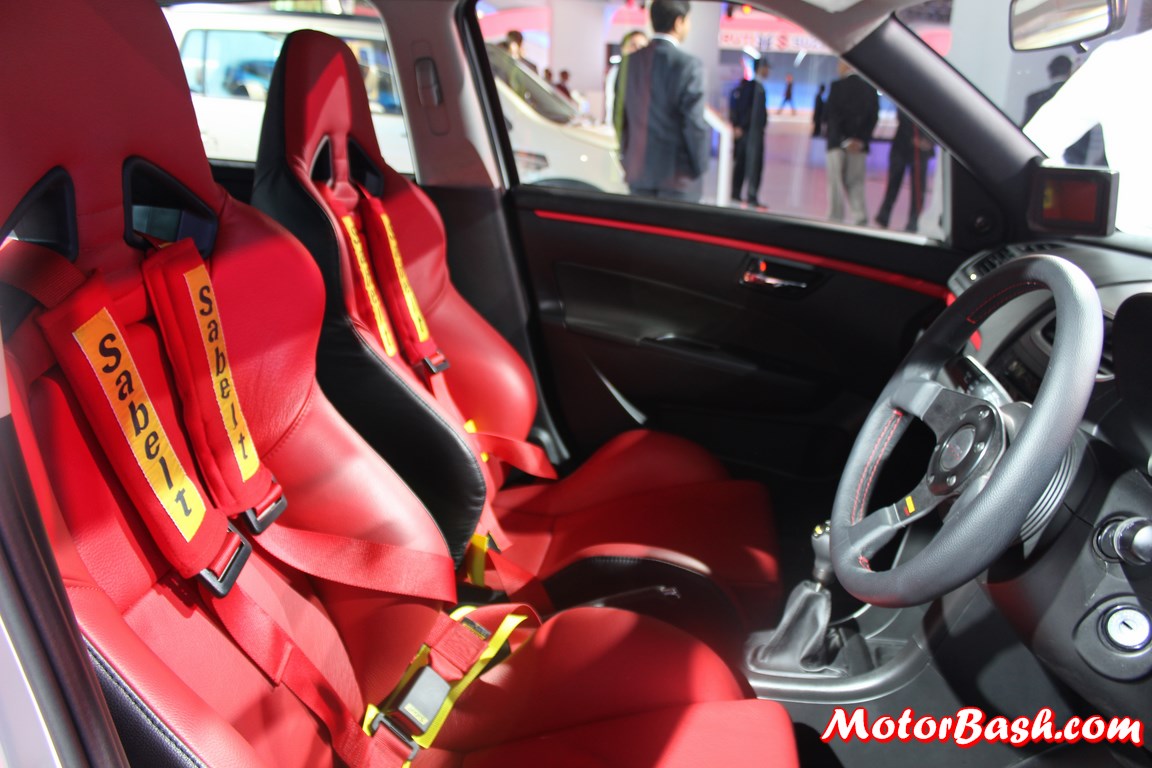 The racing alloys, flared wheel arches, the huge air dams on the front bumper, the preposterously huge spoiler at the rear, sporty red seats, short steering wheel..everything would deceive you into thinking that the car is headed for the World Touring Car Championship. But it isn’t. It couldn’t; not with the stock engines the Volt is believed to be equipped with – the K Series 1.2-litre petrol as can be made out from the VVT tag. The best it can do is 85 bhp! 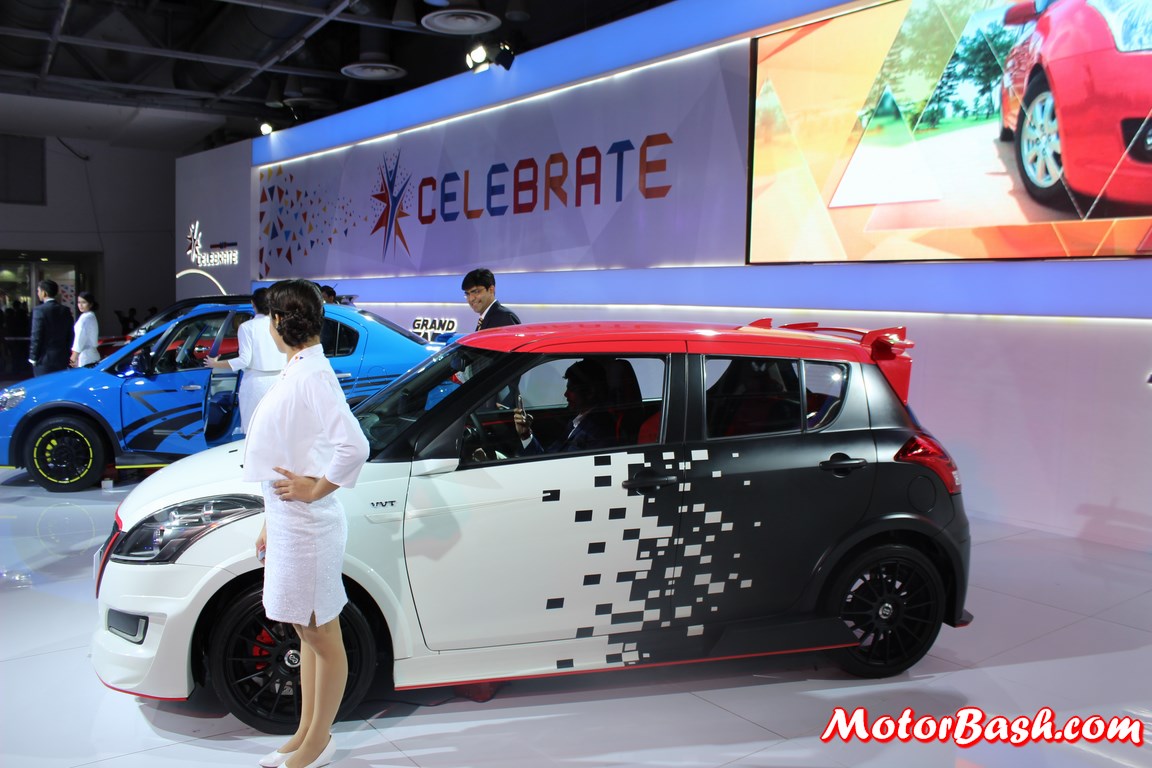 If you are the type who doesn’t mind wearing your heart on your sleeve, the Volt will gratify you. And if you comprise the minority who desire the looks as well as the potency of a hot hatch, get the Swift Sport and pepper it like the Volt.