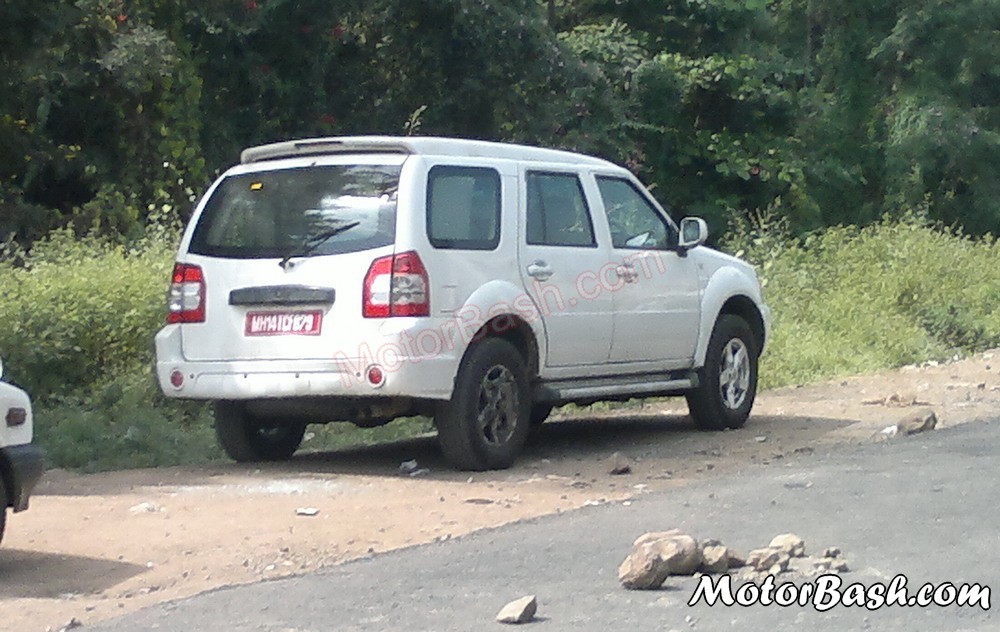 A few days back, we broke this news of Pune based Force Motors planning to launch ‘various’ variants of their only passenger vehicle – Force One SUV.

These various variants are: a price cut version of Force One SUV which would sit under the current model and is expected to be priced around 9-10 Lakhs. Obviously, it would come devoid of some luxury features but Force expects that the lower priced variant would give it a better show against the overheating competition.

The other one is the 4×4 variant of Force One. We have revealed the first and only conclusive pictures of Force One with clear ‘4×4’ badges running across on Pune roads. This would obviously be priced over the current variant and we sincerely hope that Force provides ABS on this variant as well. This 4×4 variant would directly compete with the immediate rival newly launched Tata Safari Storme 4×4.

During the launch of Traveller26 bus, Force confirmed that these variants would be launched somewhere in December and/or January 2013 months. Meanwhile we continue spotting the ‘On Test’ mules of the SUV hinting that the company might have speeden up the testing and would be hoping to wind it up before or around the official releases.

The additional variants would surely help Force to sell the potent Force One SUV in better numbers specially the price-cut entry variant.