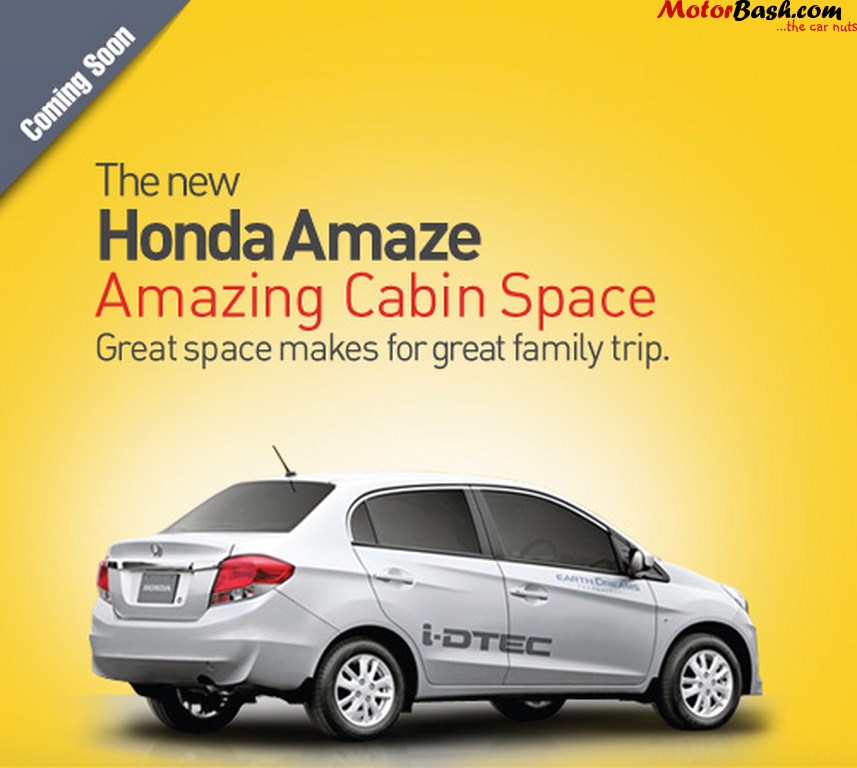 What the government’s ruling on promoting smaller cars has done is, given birth to many new concepts which are actually smaller in size yet, pretty practical.

One of the segments emanating from the reworked excise duty structure is the compact sedan or the notchback segment. The first product to come was the Tata Indigo CS which was followed by the extremely successful Maruti Dzire. But, the story just doesn’t end here. There are two fresh new entrants, Mahindra Verito CS and the Honda Amaze, preparing for their assault on the existing tycoons.

A lot has been talked about Honda’s Amaze which is a boot-strapped version of their Brio hatch and hence looks quite similar. The most important bit here is that Amaze will be Honda’s first ever diesel car in India! Amaze will carry a 1.5L version of the Earth-dreams diesel technology which is carved out from the original 1.6L which has been in existence for sometime now in the international world.

Honda has already launched Amaze in Thailand which has become the first country to get the car. In India, Honda plans to launch the car ‘soon’ according to the promotional team at Honda. They have started email campaigns and an Indian micro site for Amaze where, after adding a comment you will receive an email (pic below) which says ‘The New Honda Amaze, Coming Soon‘.

With the quick teaser that Honda is sharing across, it seems that they would promote Amaze as a spacious car to compete against Dzire, which in essence, doesn’t boast of a real spacious cabin.

A few days back, one of our author received a call from an authorized Honda dealer in Jaipur that they have started taking bookings for the car from 15th January. They are booking the car at an initial payment of Rs 50,000 which is fully refundable. They expect Amaze to mark an Indian entry in April.

However, when we contacted a couple of Pune based dealers, they said, they haven’t started with Amaze’s bookings but the car should be out in a couple of months.

We also tried to haggle a few of our sources about the possible dates of Amaze’s launch in India and they reveal that the car will be launched towards the end of March or the beginning of April this year. Honda is planning to launch Amaze at a very aggressive price tag as well. So behold and wait to see if Amaze has the potential to rock the segment leader Dzire out of its numero uno position!