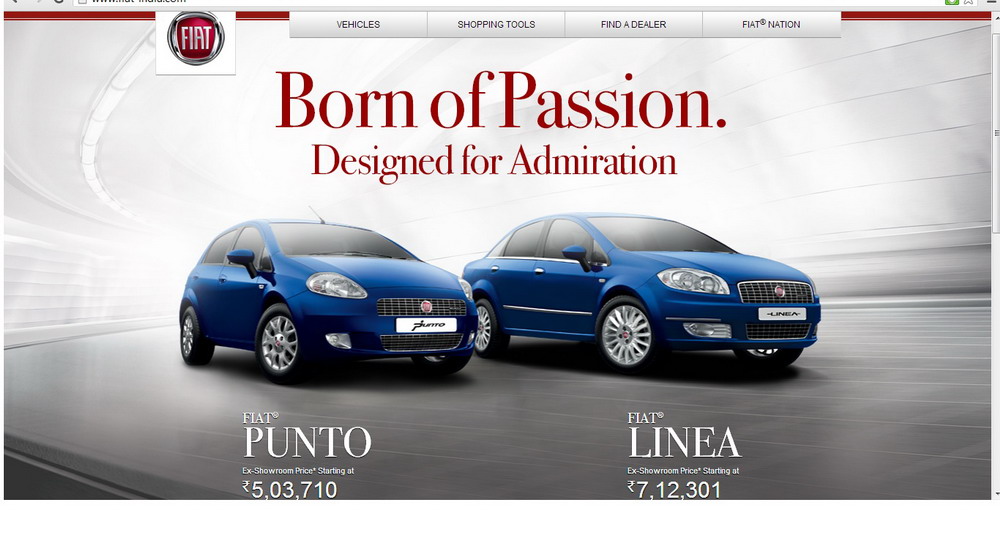 If there is one manufacturer whose current condition pains us, its has to be Fiat in India. They are currently the least selling manufacturer in our country, even under Hindustan Motors!

But consider this as a very temporary phase as things are about to change and drastically, if the stepways of Fiat are taken into account. Fiat is all set for an exhaustive revamp in their Indian strategy and shoot back with a bang. After their first step of taking their operations and sale of their cars in their own hands from Tata, Fiat is on a dealership launching spree.

After things stabilize, very shortly Fiat will start with new product launches. In a press meeting conducted in December 2012, they unveiled their roadmap till 2016-17. This also includes launching of Jeep and Abarth brands in India in 2013. To leverage all this Fiat has also refreshed its official Indian site which currently which displays both Punto and Linea in the limelight with a tagline ‘Born of Passion. Designed for Admiration‘.

Though, there are a few niggles in the new site but as we understand that is because the site is not completely built. The look and feel of the site reflects Fiat’s aggressive intents for the Indian market and there are all the other regular updates which you would want to read.

NEW Fiat’s first products will be launched shortly in the form of refreshes for Punto and Linea. We have revealed and covered a lot of what is coming from Fiat’s stables. Read the following articles to know more: