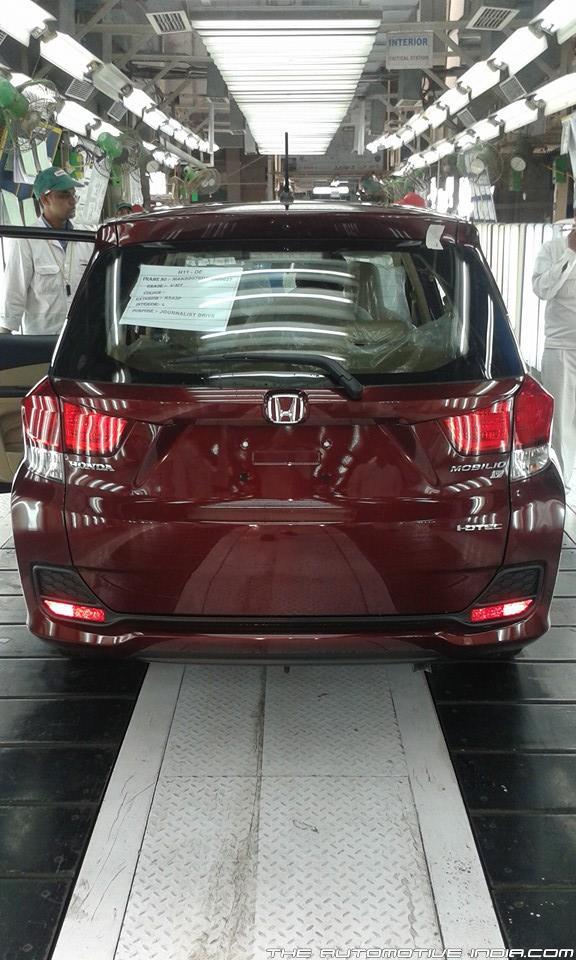 Honda first showcased the Mobilio in India at the Auto Expo in February. The 7 seater MPV is touted to be India’s most fuel efficient MPV thanks to the 1.5L i-DTEC engine squeezing out over 25 kilometres to every litre of petrol on other cars it is doing duty on.

With the carexpected to be launched sometime around July, it is not surprising that images of the trial production models have started leaking on the wire.

A couple of such images you see here (credit: abhif1 from Theautomotiveindian.com) are reportedly from Honda’s production line in Greater Noida and it appears that Honda has started with Mobilio’s test production. The specimen you see here is the I-DTEC diesel variant in ‘V’ trim. This may hint at Honda’s expectancy of higher bookings (and sales) of the diesel variant and so that they would want to be ready to meet the demand.

Mobilio is expected to have a similar variant line up like the new City and Amaze and would be a wonderful new addition to the MPV segment provided Honda prices it competitively. It will be facing stiff competition from Maruti’s Ertiga and will also compete with Nissan Evalia and Chevrolet Enjoy. Mobilio doesn’t appear to be anywhich way a real threat to Toyota Innova. 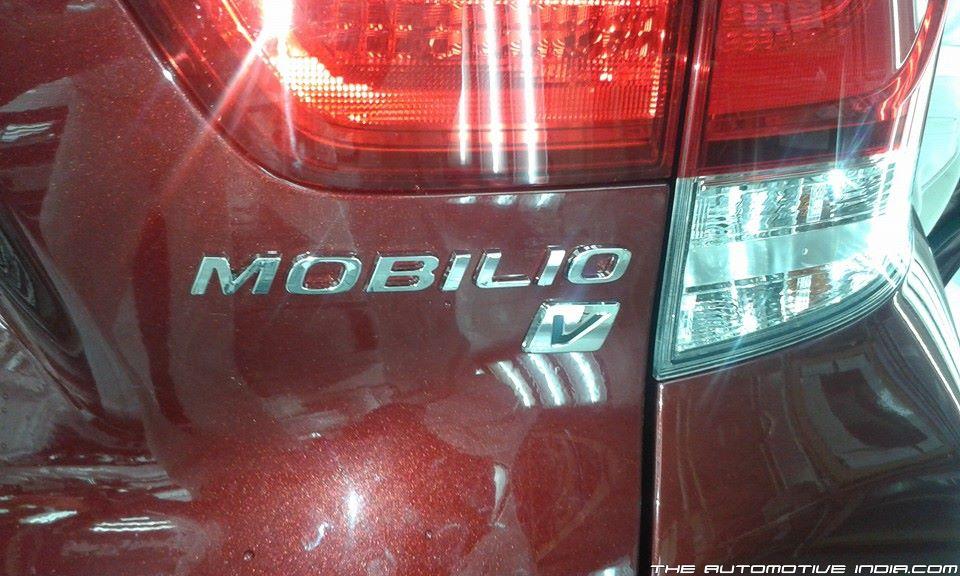 Based on the Brio platform, the car will have better interior space than the segment leader Ertiga, thanks to the fact that the Mobilio will be 4.4 m long. The spacious interiors are going to carry the smart packaging we have known on the Amaze. However, the interiors look a little bland!

Honda may also offer Mobilio with CVT (automatic) transmission as well. While most automatic transmissions consume more power than the manuals, Honda’s CVT is more economical on the new City but is limited to the petrol version only.

Honda has also updated its website with a teaser of the Mobilio and has managed to build up a considerable amount of interest. We do hope that it manages to live up to its expectations and does not fizzle out specially considering the speculations of higher prices!