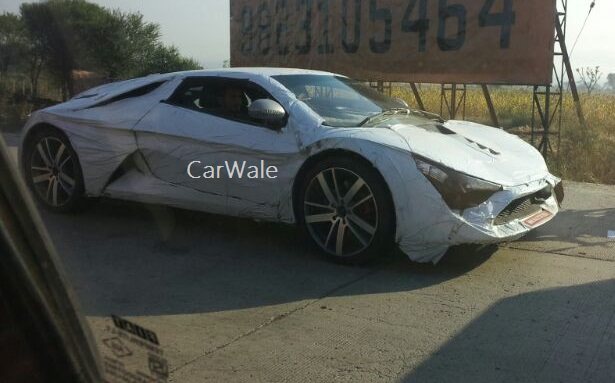 Thanks to the good folks at CarWale, we now have access to a couple of spyshots of a camouflaged test mule of the DC Avanti. The car was undergoing test runs on the roads of Maharashtra.

The DC Avanti proudly owns the tag of being the first India-made supercar. The car was designed and developed by DC Design, the design studio of Dilip Chhabria.

The Avanti is a sort of watershed event for the design studio as well. Earlier, the design house used to take an existing car as their canvas. They then headed to make modifications to it, and sell it as a new model. However, the DC Avanti has been developed from scratch. It is powered by an EcoBoost four cylinder, 2.0 Litre DOHC engine sourced from Ford. This engine employs direct injection, and churns out 245 bhp of peak power and a mammoth 366 Nm of peak torque. The powerplant is mated to a six-speed tranny. Further, the powerplant is Euro 5 Compliant and can be upgraded to agree with Euro 6 norms as well, thus paving the way for the DC Avanti’s exports. 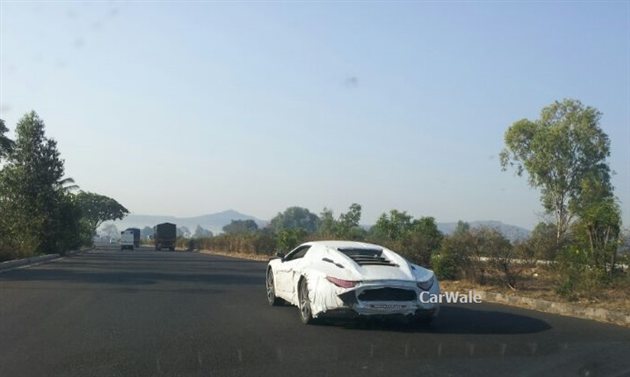 DC had unveiled this supercar at the Delhi Auto Expo of year 2012. In the 2014 iteration of the biennial Auto Show at Noida, DC brought in the production version of the car. Since the test mule is camouflaged from head to toe, we can’t really say if there have been any tinkerings with the design theme. However, the basic shape seems to have remained unaltered. The Avanti looks chiselled to slip and slide through the air and its headlamp-engine grille combo reminds us of a hammerhead shark.

If you have been following us for sometime, you would remember the first ever spyshots of Avanti were shared by us in December 2012 when a red car was snapped somewhere on the highways of Pune.

DC has already made it clear that the production of this car will commence very soon from their manufacturing facility in Gujarat. Initial models will be rolled out from their workshop in Pune. It will have a price tag floating around the region of 25-30 lakhs INR. DC also has two more products in the making – Cute Little TIA and brawny muscular ELERON.

After the purple-coloured Tarzan (Remember the Wonder Car with a geeky guy and a smoldering hot lady? :D), isn’t the Avanti the best thing that has happened to DC?