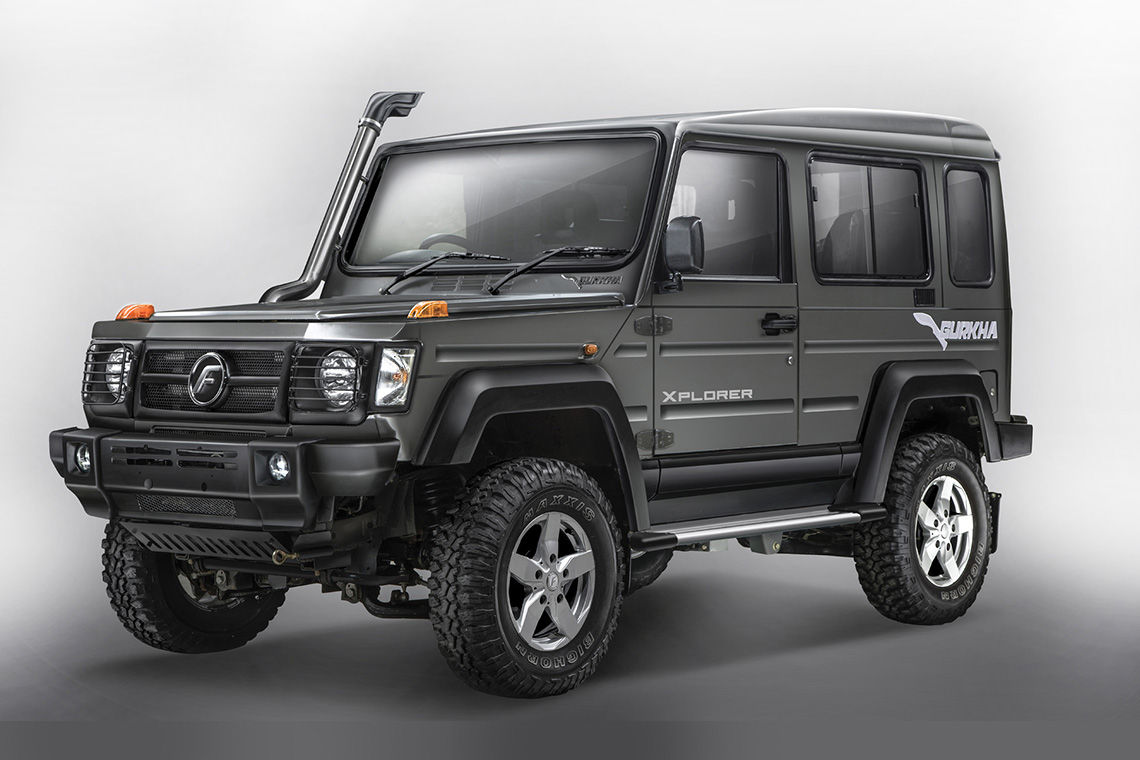 Force was pretty vocal that they would introduce a BS4 version of Gurkha, India’s most potent affordable off-roader. And after a long wait the new Gurkha has been officially launched.

Force says that their user studies suggested that not everyone wants an extreme off-roader and hence they have introduced the new Gurkha in multiple variants to suit wider audience needs. 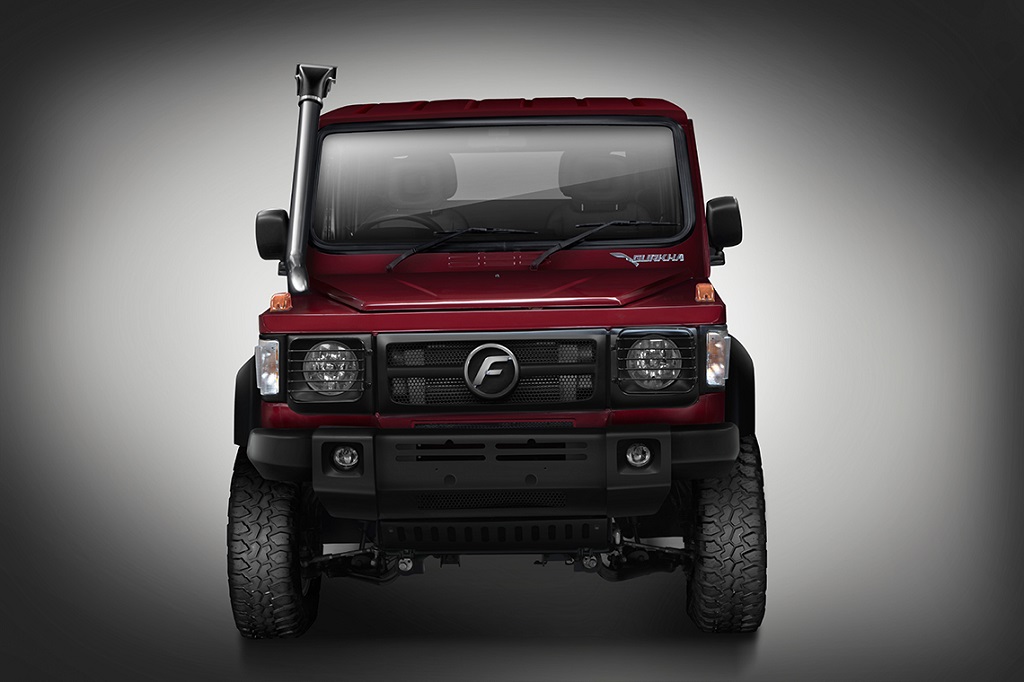 Force has also reduced the turning radius of Gurkha from 5.8 meter of the older version to 5.65 meter for the new Xplorer variant. The 5-door version, however, has a massive 6.25 meter turning radius. They have also redesigned the front with a seamless no-frills look and a more off-roader like simpler mudguards.

In addition, the Xplorer edition, which is the more rugged version out of the two, gets independent front suspension with coil spring on struts combined with multi-link with pan hard rod and coil springs. 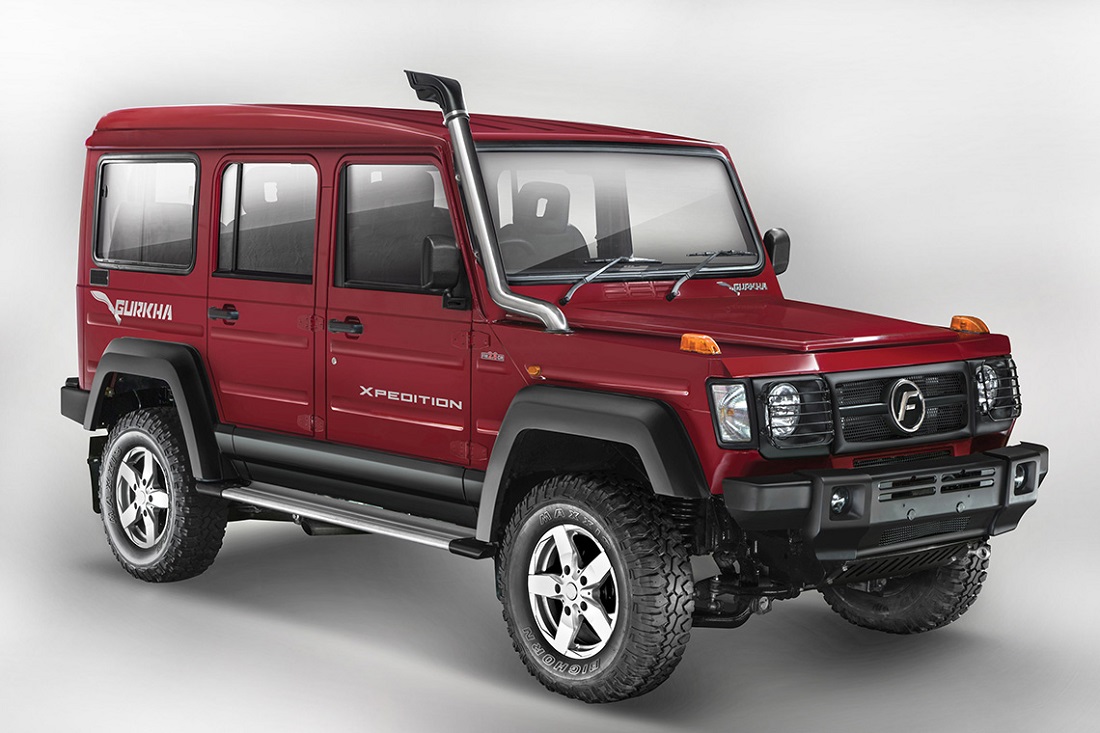 The new Gurkha is available in four colors

It continues to be available in hard top and soft top trims and seating capacity ranges from five to eight! 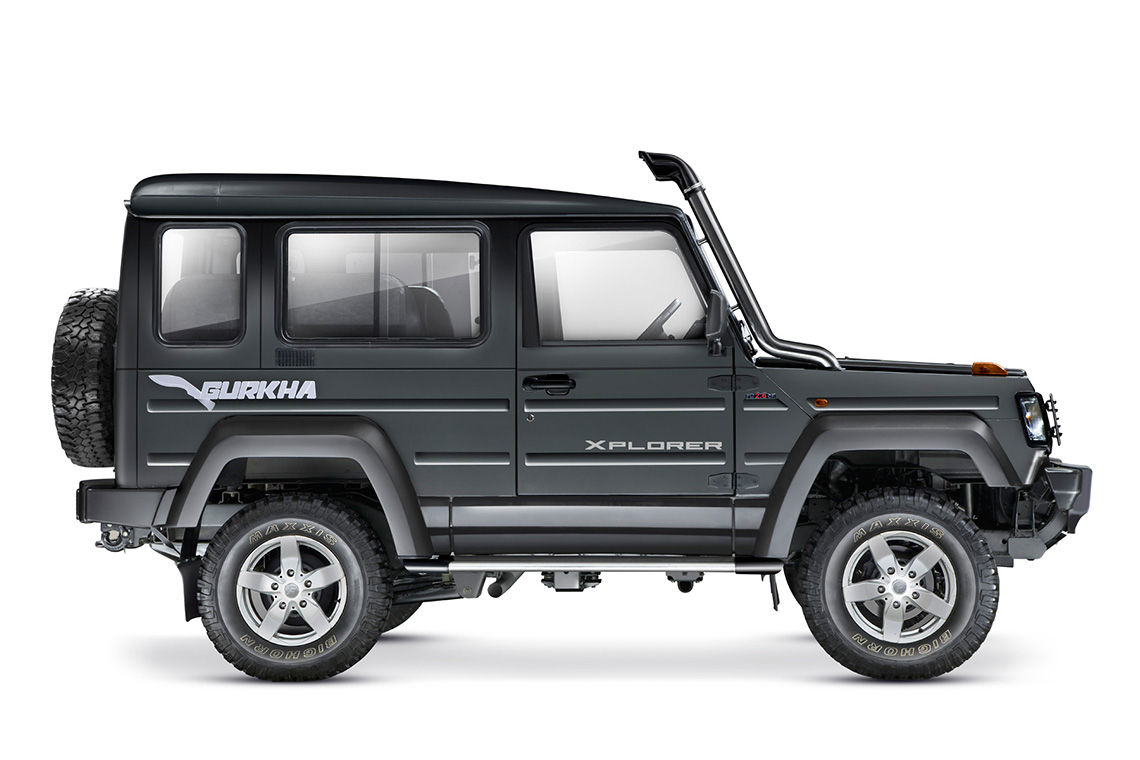 As we told you, Gurkha is now being offered in two variants. Here are their respective prices..

This is a fresh salvo from the company as they are down and out from the market, almost. Force was selling single/entry double digit units of their Gurkha which also tells us that there is not a lot of market for niche products! But if you want a hardcore off-roader at affordable prices, rest assured there is none better than Gurkha, Thar included!