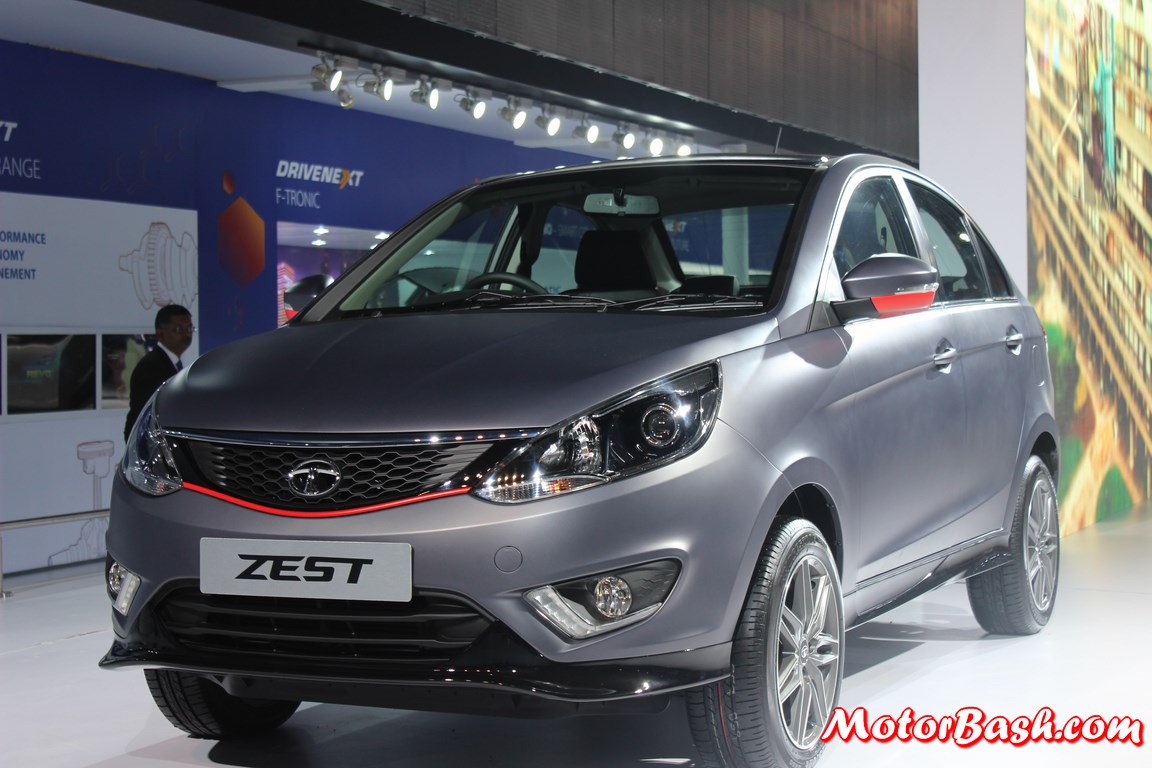 The system promises ease of driving as well as improved fuel efficiency (as compared to proper AT). The AMT also comes with production costs that are lower compared to the traditional automatic transmissions. For both the buyer as well as the manufacturer, this is an interesting and useful tech which results in fulfilling the need at no exorbitant price.

Of late, quite a few manufacturers in India have dallied with the AMT and have officially showcased the technology at the just concluded Auto Expo.

At the Auto Expo, Tata kept on display a half-cut display model of Nano Twist F-Tronic which was equipped with the AMT mated to the same 624cc 2 cylinder petrol engine. 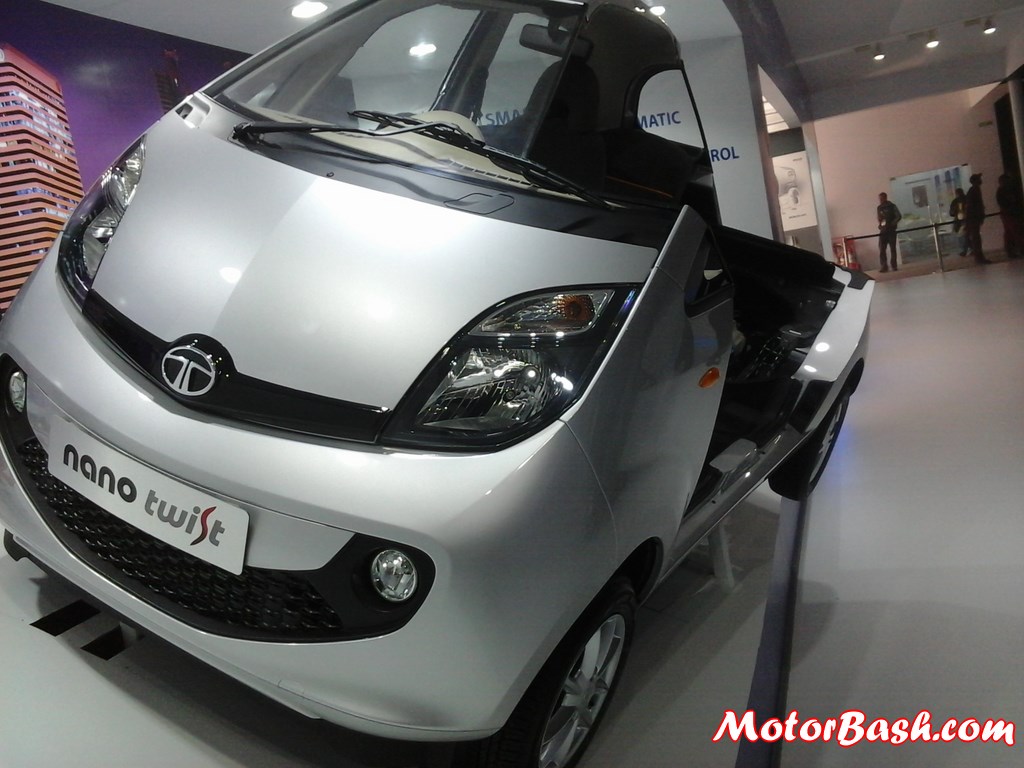 It gets AMT-Automated Manual Transmission with a Mechatronic Unit. In other betterments, it gets power steering as well as a larger 24 liters fuel tank. Though Tata has not shared any details of its launch, we believe it will (should) go on sale as soon as possible, with a hope of end-2014 launch. With its launch, Nano AMT will be the cheapest car to get this technology in the country.

Tata has handed over the baton of its falling sales to the newly unveiled Zest and Bolt. Among these two twins, the Compact Sedan Zest has been confirmed to get the AMT. The more interesting bit is the fact that it will be on the Quadrajet motor, in turn making it the cheapest diesel sedan in the country to get an automatic gearshift.

Zest will also get the 5-speed F-Tronic which has been developed in collaboration with Magneti Marelli of Italy. It will be launched around the festive season of this year and that is when we will come to know about its prices. However, we believe they will be really competitive!

If you are not a ‘car’ guy and are looking out for a compct SUV which provides ease of driving, keep tuned to Mahindra’s updates as they are developing the AMT on their Quanto! 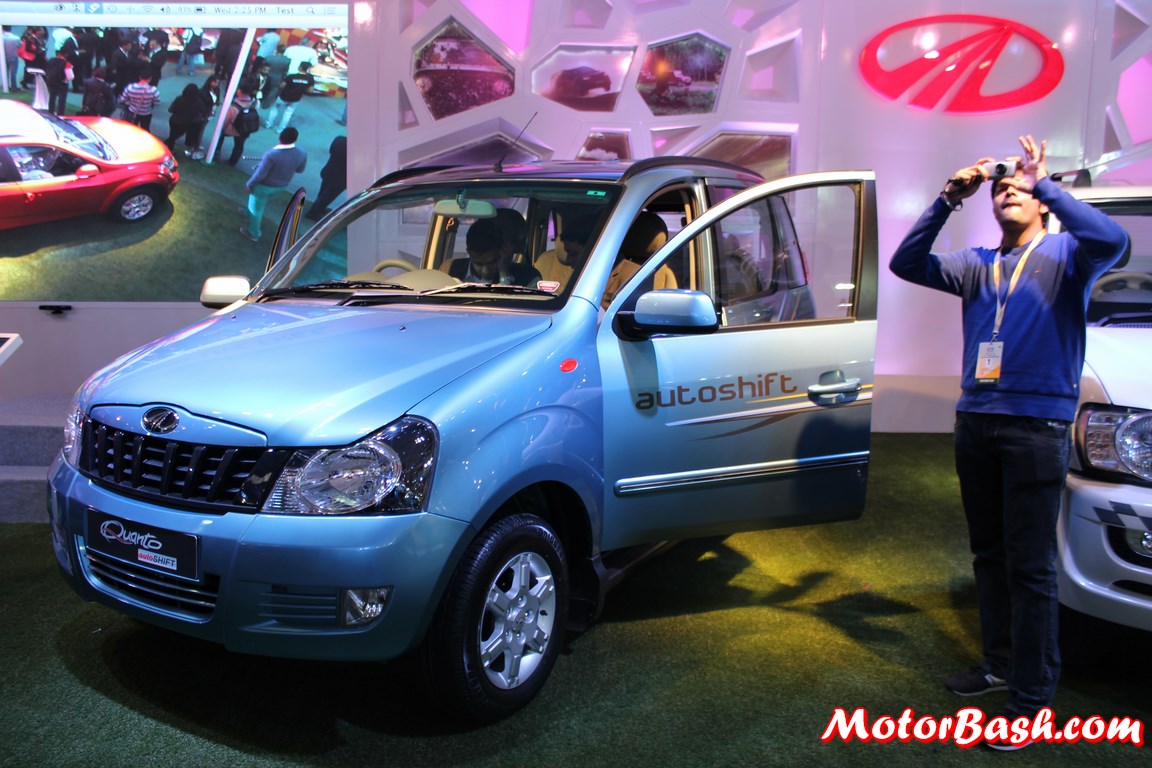 In fact, they showcased the Quanto autoShift at the Auto Expo in Arctic Blue colour. Quanto autoSHIFT gets a 5-speed AMT which is developed in collaboration with Ricardo of Britain. The new AMT is mated to the same 100bhp 1.5L diesel motor of the Quanto and we expect them to launch it soon in the market.

After the enthusiastic response received by the Celerio, Maruti is planning to go down the ladder and introduce the AMT on their Alto K10 and WagonR. According to reports, WagonR will only be launched next year, but the Alto K10 is definitely getting the auto gear shift this year and possibly on a facelift. 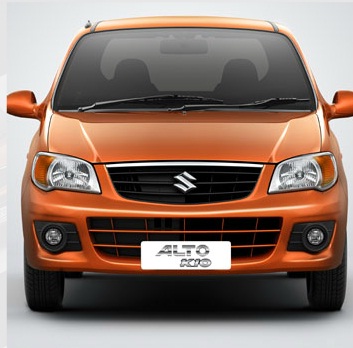 There is a high possibility of Alto K10 getting the same re-worked and more fuel efficient motor from Celerio and possibly at an even higher fuel efficiency figures. Starting prices for Alto K10 are expected to start somewhere around Rs 3.5 Lakhs, making it one of the cheapest AMT offerings in the country after Nano F-Tronic.

If you thought this seemingly complicated bit of apparatus is confined to vehicles strictly into personal usage, you would be inaccurate. Ashok Leyland has brought in the AMT into their intermediate commercial vehicle – Boss (promoted as ‘LEYMATIC’ and has been developed in association with Wabco, headquartered in Brussels, Belgium.)

If you would have noticed, manufacturers have adapted to tag specific names to the AMT in their respective vehicles – Maruti prefers to call it ‘EZ DRIVE’, Tata calls it ‘F-Tronic’ and Mahindra prefers the ‘autoSHIFT’ naming convention. Apart from this list we also have other international manufacturers joining the AMT bandwagon. We will report about them as soon as something concrete comes to us. Keep tuned!