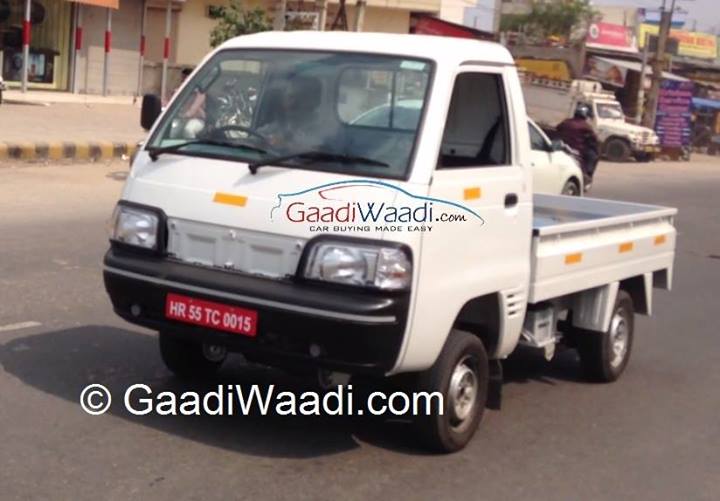 Maruti is, for some reasons, trying hard to venture into an unknown territory to them – the LCVs (Light Commercial Vehicles). Based on June sales Maruti had a very strong 47 per cent market share in the passenger car segment.

And with their first ever commercial vehicle codenamed as Y9T, the company intends to take on the competition like Tata and Mahindra. The bigger point of interest, nonetheless, for us is the 800cc indigenously built diesel engine which will propel the LCV and move onto passenger cars later on.

We have shared the spy shots of the body frame of the Y9T back in April and here we have the complete LCV spotted on the roads testing, uncamouflaged by Gaadiwaadi.com at Facebook. As for the design, there is nothing new or radical about it and it just goes on like any other small LCV we have seen.

This is the same engine that is being worked upon to power the upcoming celerio diesel and according to what we know, this 2-pot motor produces 38bhp of maximum power and churns out an interesting fuel efficiency of 27kmpl. However, we hear that Maruti is facing a tough time bringing the engine to acceptable NVH (noise, vibrations and harshness) levels for a passenger car. 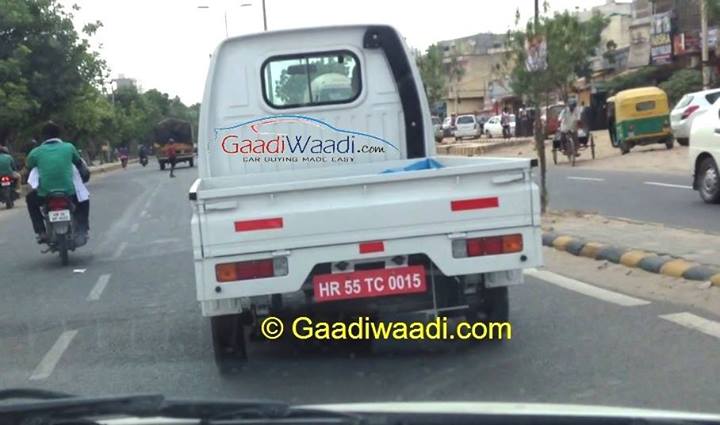 The LCV on test here has a very basic body structure with chunky but old headlamps. The continuation of the black front bumper engulfing the head lamp cluster gives an old world feel. The wheels seem to be small, leaving a huge gap between the wheel and the arches. The battery is located towards the left under the cargo bay. Interior space, though not visible properly in the image seems to be fairly good, going by the space the driver has. Now, if the driver is short, don’t blame us!

We expect the launch of this Maruti’s Y9T by early next year followed by the Celerio diesel a few months later.