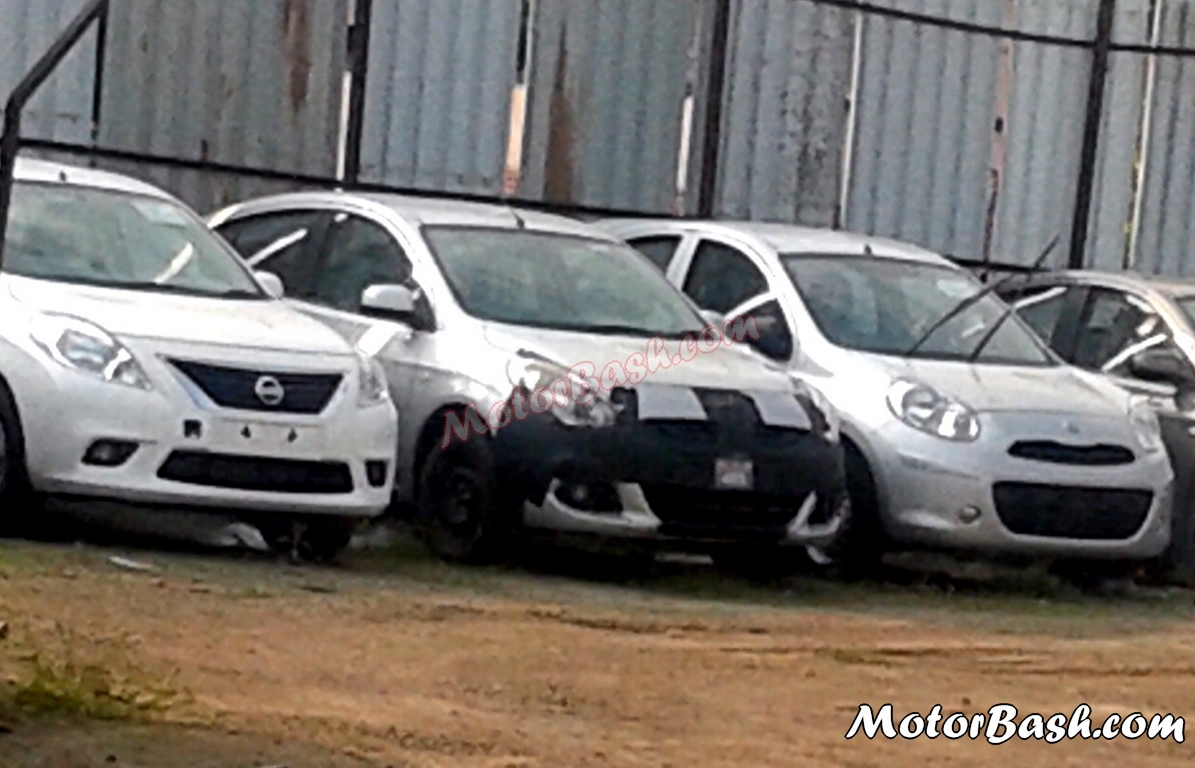 CORRECTION: This rebadged engineering had caught us red handed! Upon very very careful observations, this ‘hidden’ car appears to be Renault Scala and NOT Nissan Micra’s facelift. We thank our readers who brought it to our notice and apologize for the gaffe!

These pics have been sent to us by an avid MotorBash reader Asif Zaidi. The front fascia is covered which reveals that it would go through some changes. The beauty of this catch is that we have the existing Micra standing just beside this test mule for us to clearly distinguish the changes. Here is what we could notice:

The engine bits and other mechanicals are not expected to go through any significant changes apart from a few possible tinkerings here and there. This looks like a facelift and not a thorough upgrade. Considering that lifespan of testing of facelifts is not very long generally, we should be able to get to see this new Nissan Micra sometime during the first half of next year on our roads. 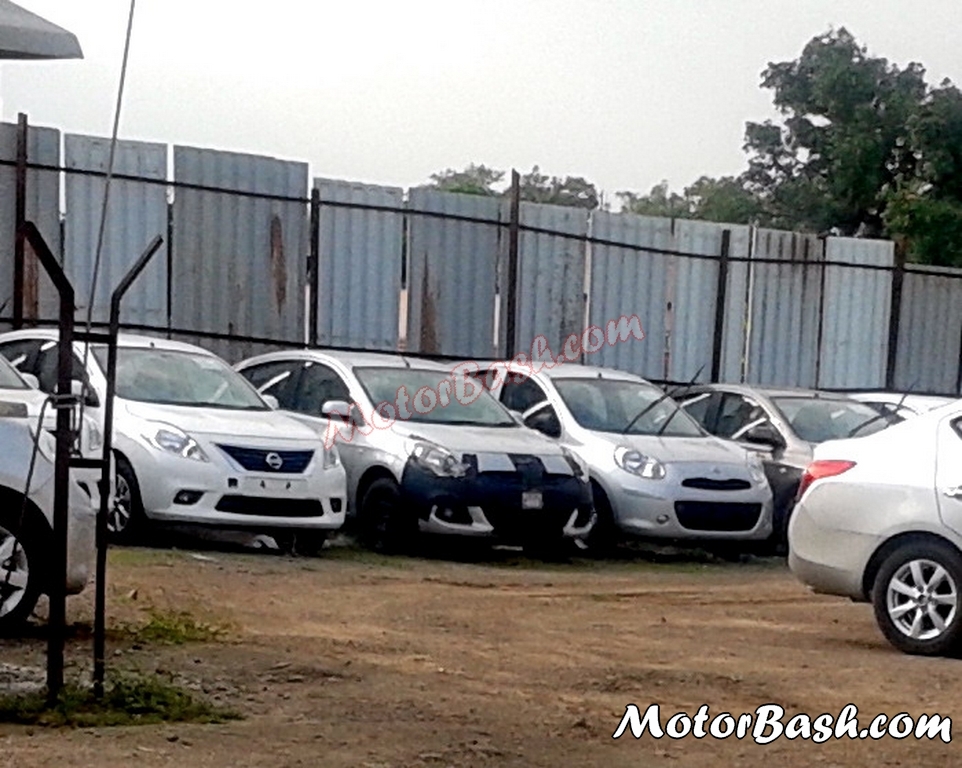 Nissan might also launch an entry level cheaper Micra variant in this facelift as has been talked about a few months back. We hope Nissan adds a little macho look to their small car which has generally not found immense favor from  our masculine crowd. If there are any other changes you could notice, do mention them below in the comments section.

But the current news is that they have announced a PRIMO edition of Micra which has been on sale for sometime now.

Check out all discounts and offers on Nissan’s cars for this festive season.