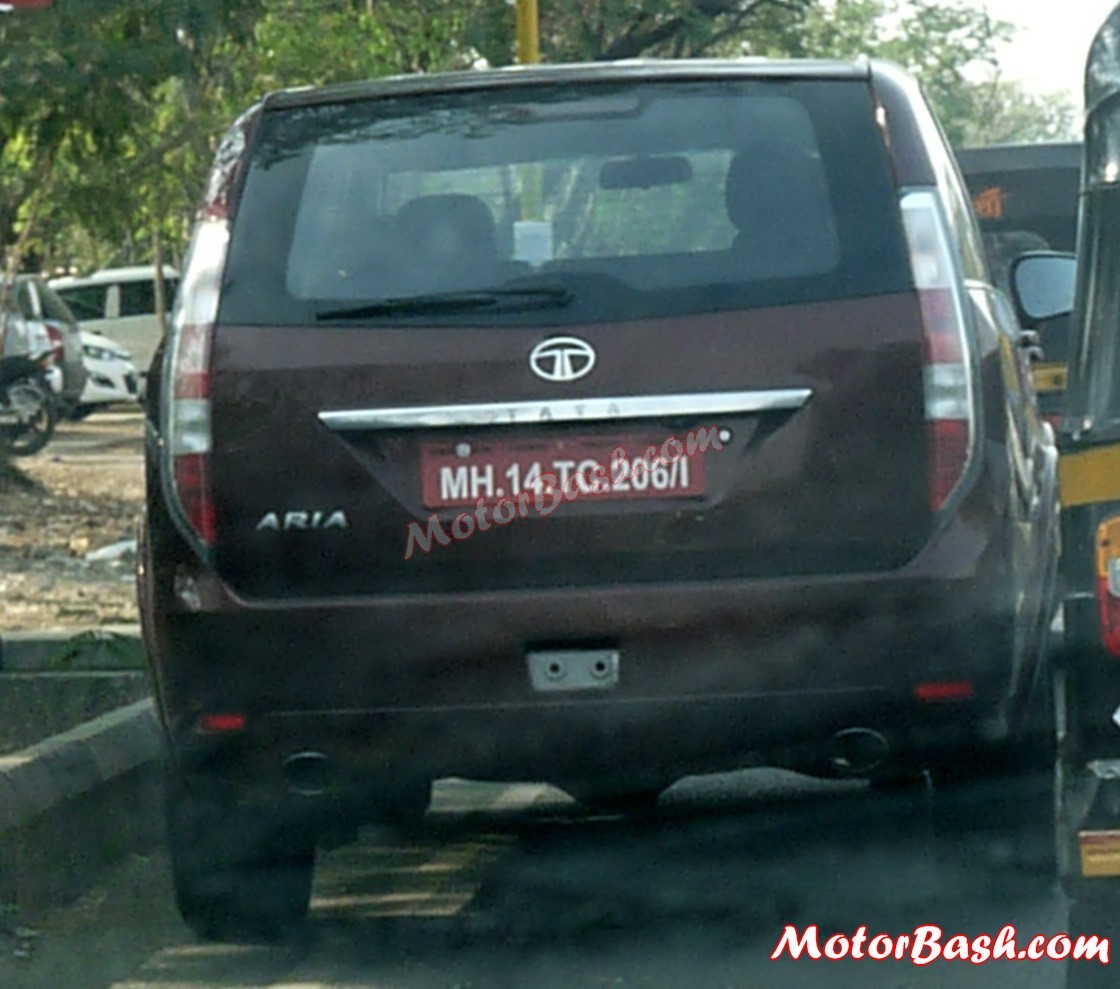 Although we are running a little late, but we blame it on the 3 days shorter February month for that :). Making sense, here we come with our fortnightly feature – MotorBash’s Exclusive Spyshots & Scoops for the period of 16-28 February.

To see the list for the first half of February:

For the smaller second half of February, we shared with our readers as many as 8 exclusive stories which included spyshots or first time scoops. Here we list all of them, you can read whichever you have missed.

1. Tata Aria With New Tail Lamp Cluster: We were the first and only ones on the web who revealed the 2013 Aria update with a mule sporting smoked headlamps towards the early part of Feb which we followed up by revealing this Aria with new tail lamp cluster.

2. Tata 407 Facelift: We also shared with you a couple of pictures of the facelift of Tata’s largest selling work horse – 407 Pick-up. The surprise was the fact that it will be getting refreshed looks after a lot many years in service.

Our Regular but Excusive Spyshots

3. Premier Rio Refresh: Though we are not 100% sure if this mule was it, but considering the fact that the parent company Chinese Zotye has recently updated their version, Indian Premier will also be planning to bring it into our market.

4. Vento Test Mule: We also spotted this Volkswagen test mule strapped with wires and other test equipment at a place very near to the one we spotted the Vento CNG. This mule did not have any clear give-aways, but it does create a suspicion if it was not the upcoming CNG.

5. Mahindra e2o: This one is probably the funniest pic of the upcoming (on 18 March) Mahindra e2o. We have received quite a few LOL compliments for this one :). The article also includes a couple of snaps of a yellow colored sportier e2o.

6. Force One Mules: We spotted not 1, not 2 but as many as 3 different test mules of the upcoming variants of Force One SUV. One of them appears to be the price cut cheaper variant and the other two are the higher 4×4 variants. We specially liked the military colored Force One which looked rugged.

7. Volkswagen Polo Sedan 1.6: If you are confused about the name, we have clarified it in the article. We spotted this Left Hand Drive Polo Sedan 1.6 near the Hinjewadi flyover in Pune.

8. Tata Nano Test Mule: Among the many upcoming variants of Tata Nano, one of our reader spotted this subtly different test mule of Nano and shared with us the pics. Tata is working hard on the Nano to make it successful and we hope this mini-wonder does well.

8 exclusive spyshots which included at least a couple of new revealings. That is all we did in the lesser second half of February. We are fast and have promised to provide all what is on manufacturers’ minds to all our readers, to YOU!