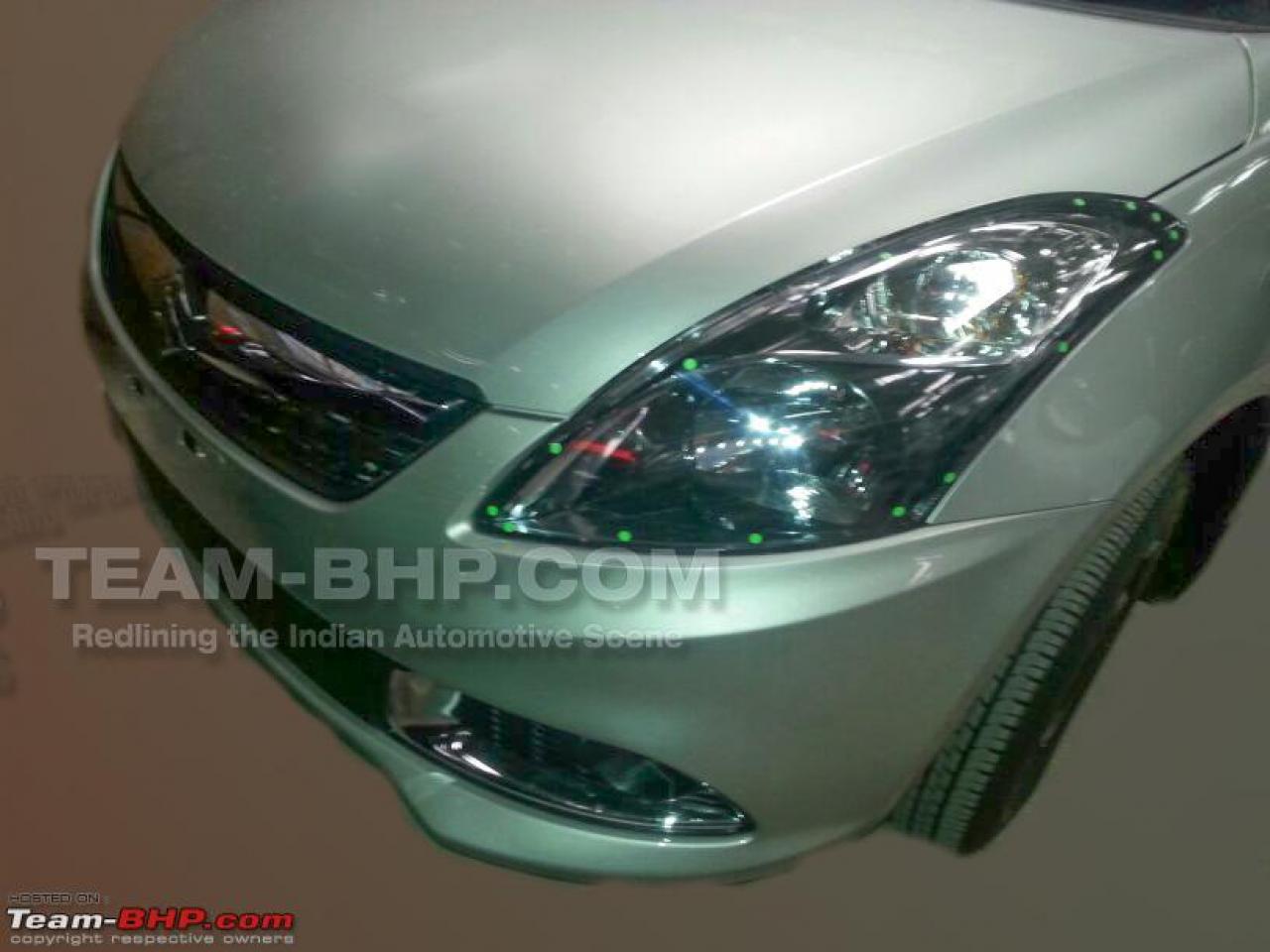 Maruti Suzuki Swift Dzire is India’s largest selling compact sedan and is one of the best selling cars in the country. Despite the increase in competition, its sales have remained stable but to continue the dominance, the company is preparing a facelift of their stubby half-sedan!

Just days after we talked about the update to its hatchback sibling Swift, first ever spyshots have come up on Team BHP which reveal the Dzire facelift in total!

What we notice is that Dzire is set to get an overdose of chrome, the front grille and the fog lamp cluster getting the most of it. I honestly still do not understand India’s fascination with chrome! The fog lamp unit also seems to be larger than the present unit. The front bumper is redesigned and is a better looker with an elongated lower lip giving a wee bit of sportiness.

Unlike the new international Swift facelift, this Dzire does not get any snazzy LED daytime running lights. However, the test mule clicked is the mid-range VXi so it just might get those LEDs on the top of the ZXi and ZDi variants. 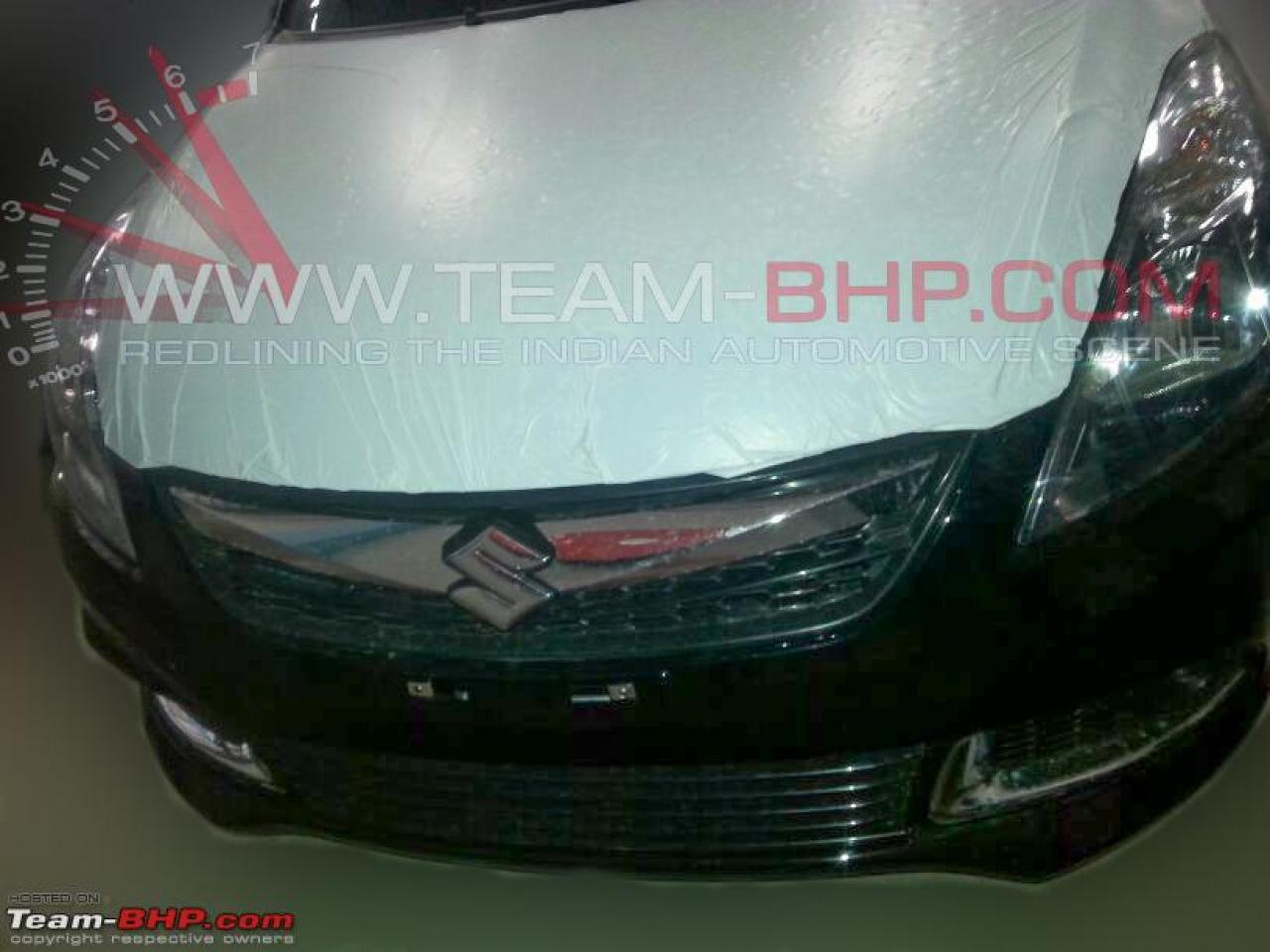 The designers seem to have forgotten to bring any changes to the rear and it looks almost the same as the present iteration of Dzire. The long broad chrome strip still looks exactly the same along with the boot lid and the rest of the rear. 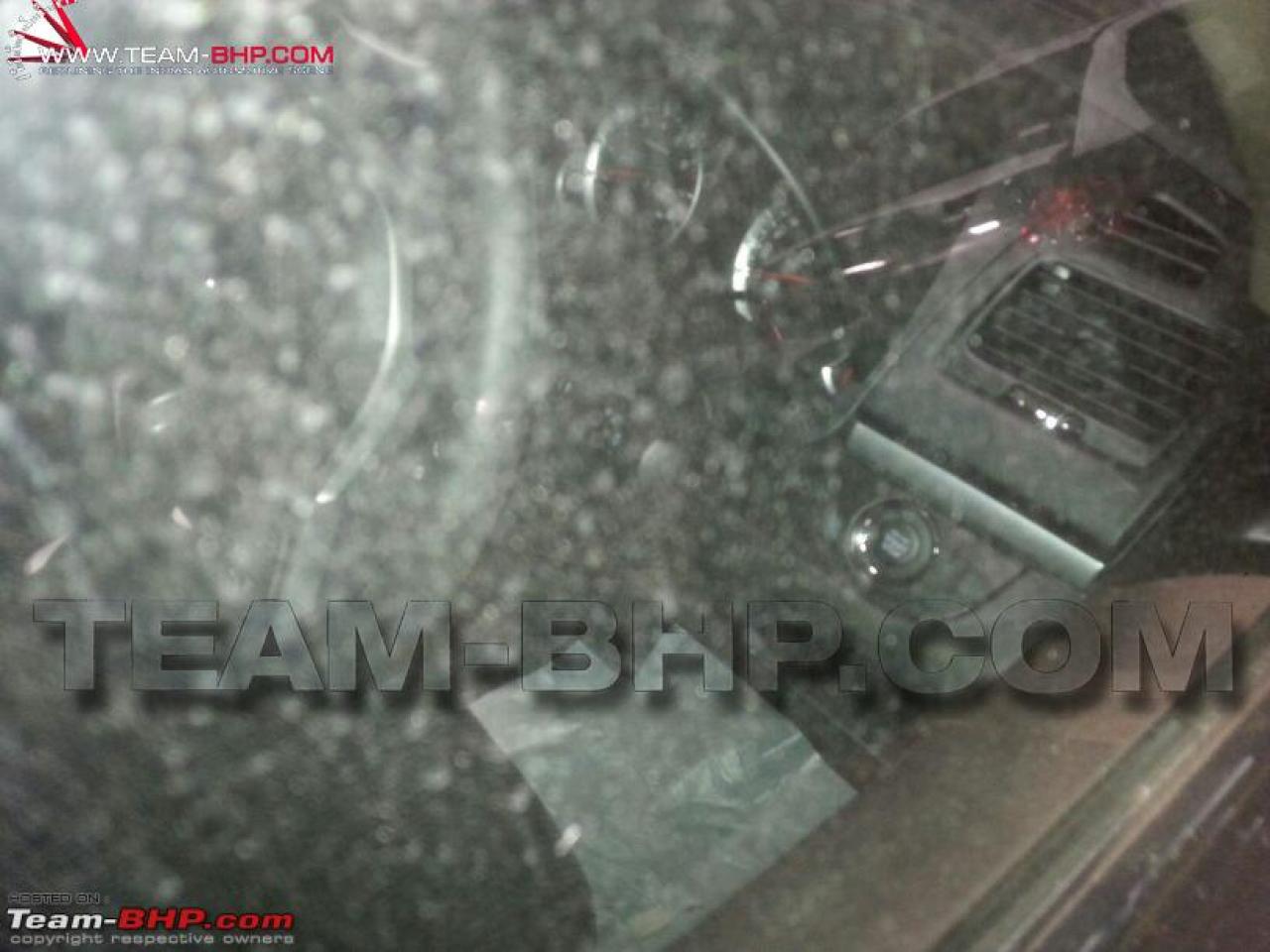 Like what is expected on the Swift facelift, the new Dzire should also get the push start/stop and key less entry in terms of feature add-ons. Mechanically, it will continue with the same 1.2L K series petrol and the 1.3L DDiS diesel engines with a few possible tweaks. 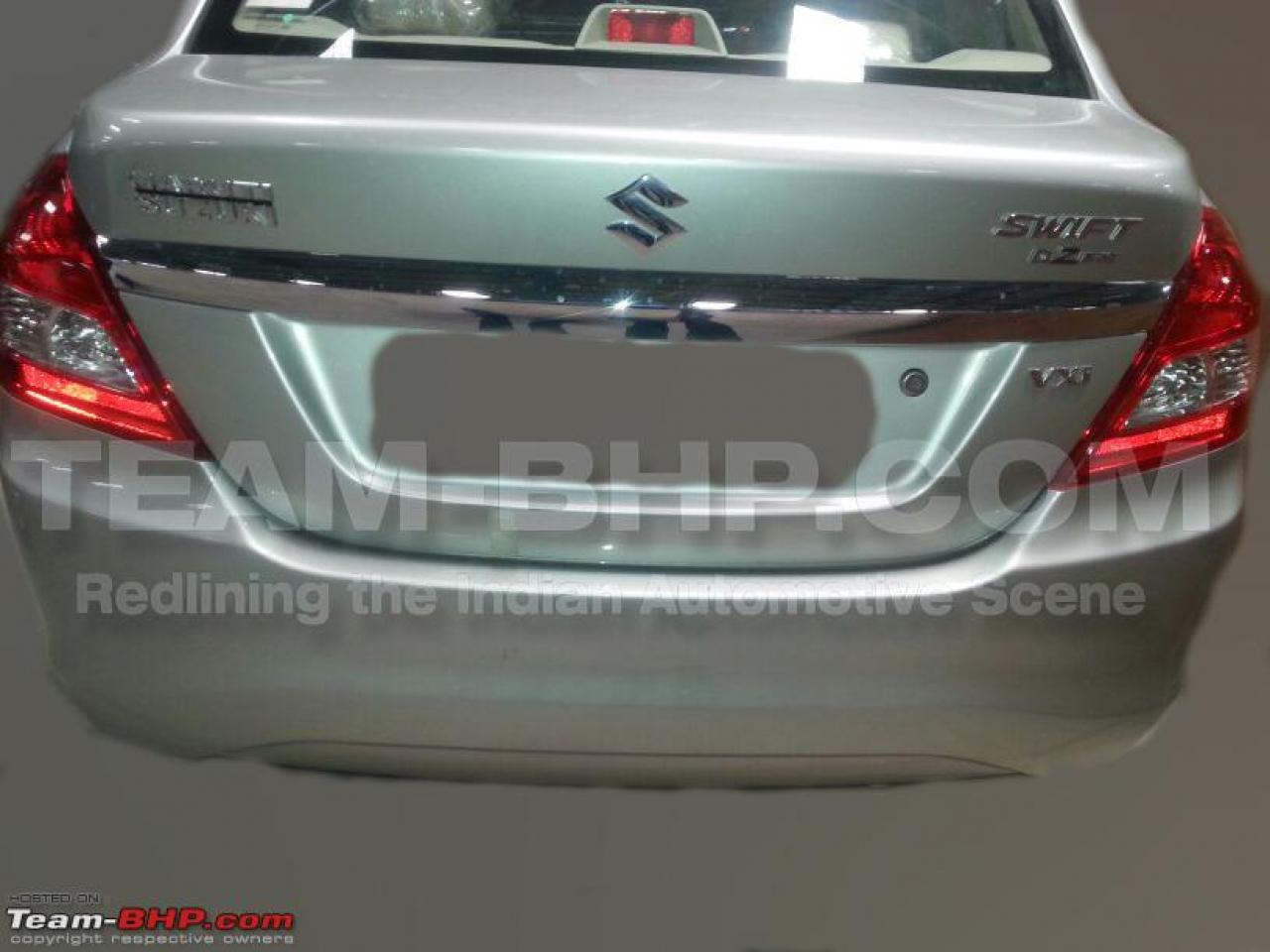 With this we believe, Maruti Dzire facelift is almost ready and may be launched around August-September this year.