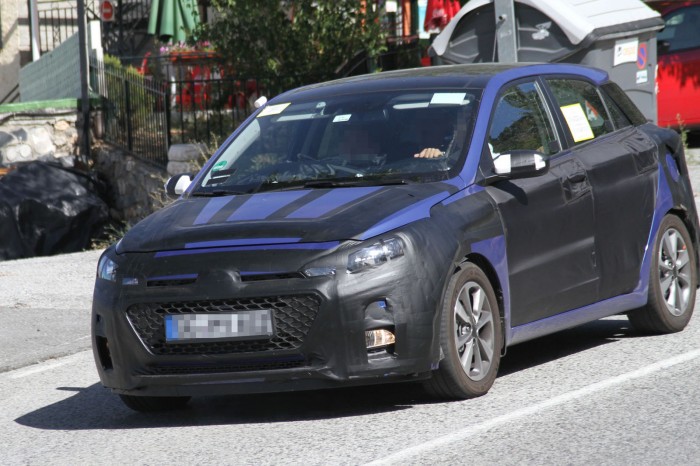 After featuring on almost all major blogs of the world, a new mule of the Next-Gen Hyundai i20 is caught testing somewhere in Europe by Autoblog.gr

The existing i20 is already a car of bigger proportions and if the mule in these spyshots does make it to the final production version, then we really have a big car on our hands, as it appears so.

Our current i20 is itself an excellent young looking car. The car supposedly undergoing test runs is all set to take the charm a notch higher, it seems. Though draped in black camouflage, the shape of the car does reveal a fair bit of muscle, a deviation from Hyundai’s fluidic theme? A beefy C-Pillar acts as the connection between a slightly falling roofline and the rising windowline.

Another praiseworthy design element is the wheel-at-each-corner build of the car. It lends an even wider stance to the car, and makes it look more intimidating. Not just the wheelbase, even the overall length of the car seems to have been stretched out. Rear passengers will definitely enjoy if this goes true. 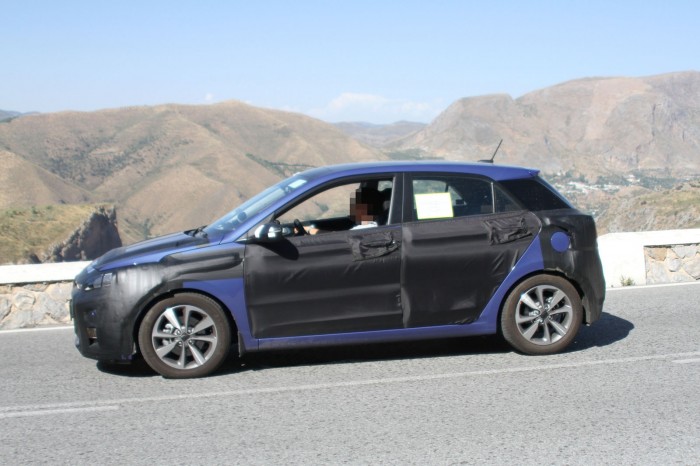 The rim design is also eye-catching, though there aren’t any flared or puffed wheel arches. Shouldn’t be much of a problem, though since its a hatchback that we are talking about and  not a (compact) SUV. However, this hatchback is not puny either.

Take a look at the front portion of the car. Not exactly the Hyundai’s signature hexagonal engine grille, but it lends a bit of butch-looks. The headlamps are the cynosure, even in the draped form they look menacing.

There is a talk of this next-gen i20 being equipped with a range of petrol and diesel powerplants, which will be paired to either a 6-speed manual/automatic gearbox. Probable engine options include a 1 Litre, 3-cylinder mill along with a 1.25 Litre, 4-cylinder mill. Both of the above will be petrol powered. For diesel options, there could be a 1.1 Litre, 3-cylinder as well as another 1.4 Liter, 4-cylinder engine. 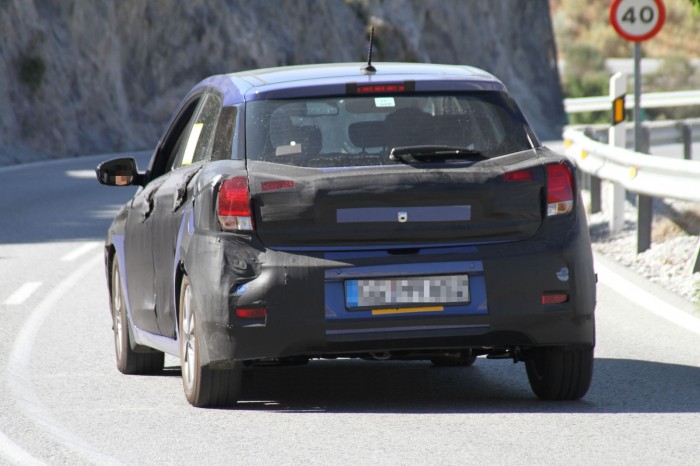 In the Indian context, Hyundai will have to keep the 4 meter length limit in mind (for the low 12% excise duty). A mule of this new i20 has also been caught testing in India and it is expected to reach our shores sometime end of next year.

Keep tuned to us as we are glued to every development on this car.