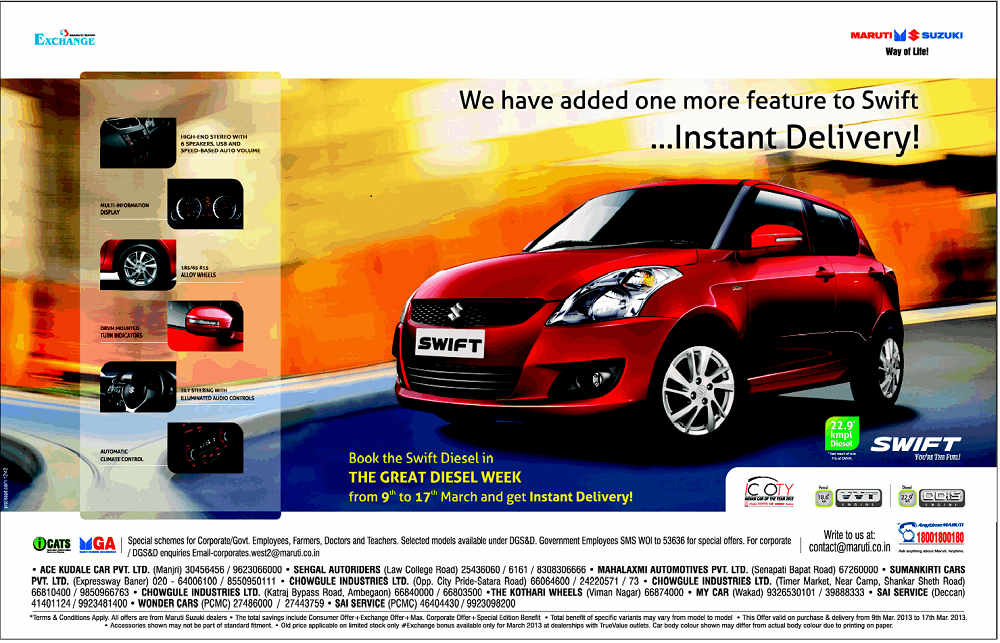 If there is one hatch that defies all logics and sensibilities, that has to be Maruti’s Swift. It has been an insane seller for many years now.

Despite being in India’s most fiercely fought premium hatch segment, Swift just appears to be an invincible product which is just not affected by anything that happens around it.

Being the largest seller in the segment for sometime clearly talks about how much the general public loves the car but there is one grudge which everyone does have is its insane waiting period. Many people switch over to other cars just because of this long queue.

In the wake of the increasing competition, Maruti, it seems is working towards reducing this primary shortcoming of buying Swift. Maruti dealers are running “The Great Diesel Week” which ends on 17th of March. Almost all Maruti’s diesel cars are offered for some discounts excluding the Dzire.

But, if you plan to buy the Swift and want to own it earlier, this is your best chance. In today’s Time of India, there is an advertisement circulated that promises ‘Instant Delivery‘ of Swift. This could be because of the falling overall sales or a production bump at Maruti’s plants.

Whatever might be the reason, its you who can get the car without waiting for months. It appears that there are no upfront offers on the car, but you can always bargain for a few grands here and there.