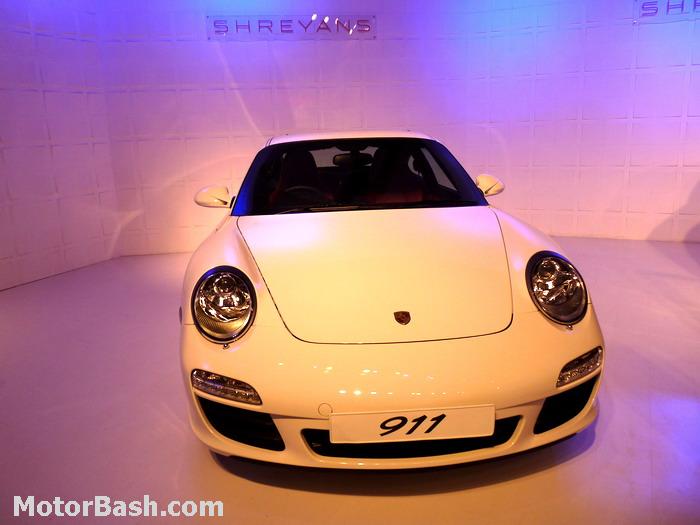 It all boils down to numbers when we talk about sustainability and growth in the automotive sector. Porsche India has sold more than 100 vehicles in India in the month of October.

Director of Porsche India Mr Anil Reddi informed that he is thrilled with the way things are shaping out in India. New models have been launched and dealership network has been expanded. 117 vehicles have been delivered to customers in the month of October. This is the best sales figure for Porsche India in one single month.

Porsche India also launched the new seventh generation 911 Carrera sports car and the new Boxter S in the Indian car market. The seventh generation 911 Carrera is powered by a 6-cylinder, 3.8 litre engine producing 400 horses. Acceleration from 0 to 100 kilometres takes 4.3 seconds. Also available is an optional Sport Chrono package which drops acceleration to 4.1 seconds The Carrera 911 has a top speed of 302 kilometres per hour.

The third generation Boxter S has been completely redesigned. It is powered by a 6 cylinder 3,400 cc engine which delivers 315 horses. Customers can also opt for the optional sport Chrono package.

Porsche India line up also offers the Cayenne SUV and Panamera luxury Gran Turismo, both of which are available in a range of V6, V8 and turbo-charged V8 petrol engines as well as a V6 diesel power plant.

The Porsche brand is now part of the 159.6 billion Euros Volkswagen Group . Volkswagen also has other marquee brands like Audi, Bentley, Bugatti and Lamborghini under its umbrella.