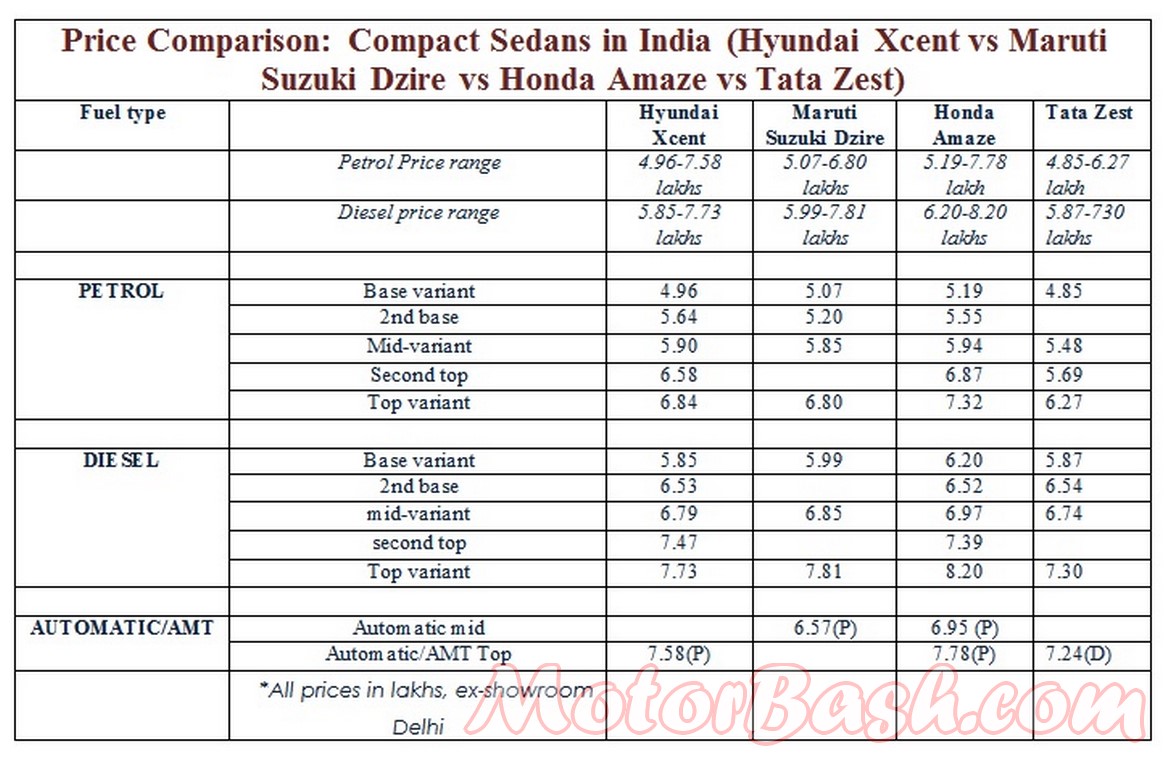 Maruti has finally launched their new 2015 Dzire facelift in India which comes with some new equipment, enhanced fuel efficiency and also an increment in price. Yesterday, we shared with you how much has Maruti increased prices of the new Dzire wrt the old Dzire variant to variant and today, let us give you a clear picture on how it stands against the competition.

New 2015 Dzire vs Zest vs Amaze vs Xcent: Price Comparo