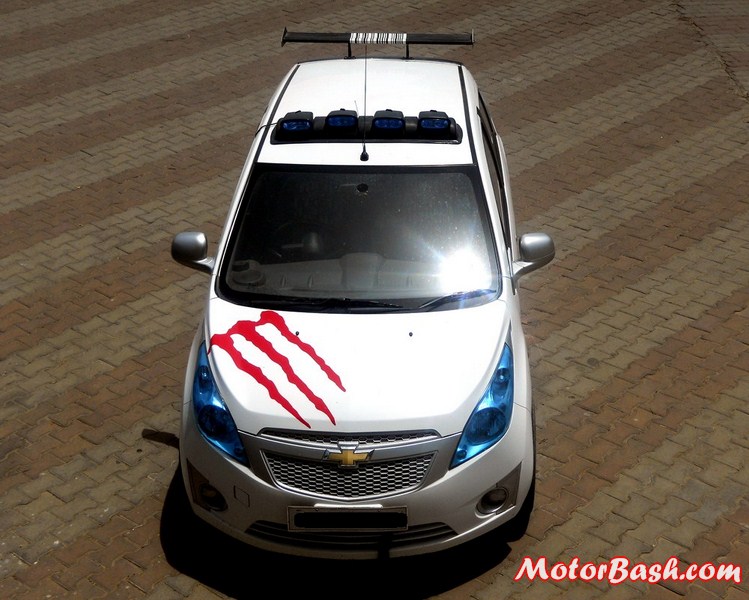 Chevrolet’s Beat has been one of company’s mainstays in the small car segment. Boasting of a 3 cylinder version of our national Multijet diesel engine, it has won quite a lot of hearts with its frugality as well as superb sporty looks. One of our reader Rahul Agnihotri from Delhi shares his Beat with us.

Read and enjoy the pics. Let’s hear it out from Rahul himself. 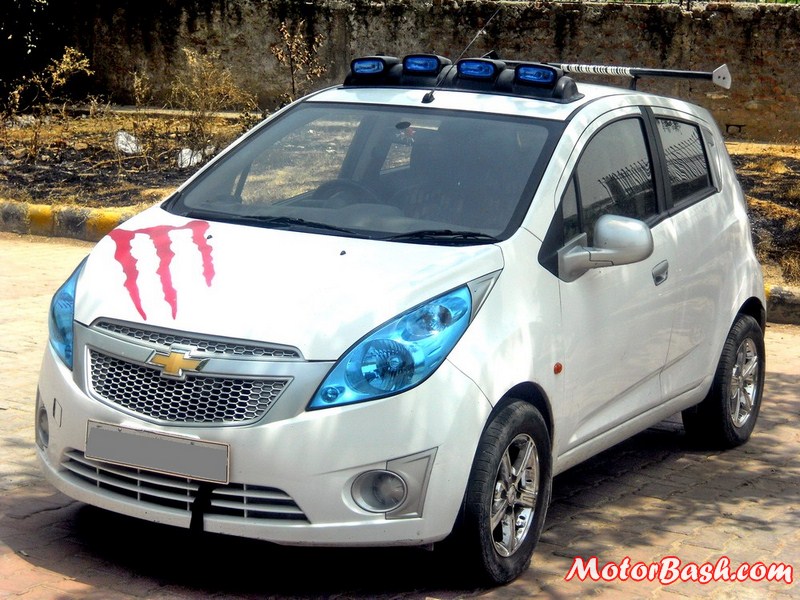 Beat for me has been a winner with its out of the box designs and sports car look and feel. But I had chosen to steer clear of the Petrol/ CNG as I already have Santro Xing CNG which is ultimate to drive. But the diesel was a different ballgame with the brother of Fiat 1.3 MJD. I was looking at a diesel hatch for a really long time. Almost gave in to Ford Figo but felt I wanted something different and new.

Beat TCDI diesel came and gave it to me. I happened to start following up about the launch of the car. I went across to as many as 4 showrooms and test drove the car as many times. Also drove Ford Figo but the lesser Ground Clearance was one of the very big concern for me and hence I gave up on the Ford.

I started the small 1.0L engine of Chevy Beat Diesel and was waiting for a lot of noise to sink up. There wasn’t any! Drove it further instantly felt the turbo and boy I got hooked. Showed the car to my wife and She liked it too. Not that she had any choice anyways! 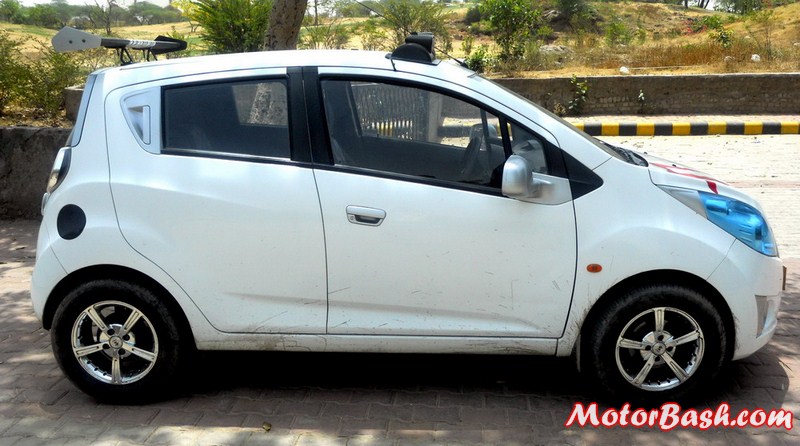 I didn’t quite like the satin roof rails and the Rear Spoiler. The back door handle is a plus. The car is tall from the front and unmistakably Chevy. The tall grill screams chevy with its big badge bulging from the center. The small boot door. The funny rear bumper bulges from the rear inviting others to kiss it? But one can’t design a car on your own yet! So, I planned for Chevy Beat Diesel Basic Model and wanted to modify it own my own. I bought it in 2011.

Low but adequate seats. The buckets are nicely shaped. The dash has good space, the interior is lit well and pleasant in green. It has ample amount of pockets and spaces for cans, bottles and newspapers. Though the tall dashboard is a dampener.

I find the dark grey interiors much better than the beige option provided by some other cars. In my personal opinion Beat’s interiors are better than most of the other cars in its price range. 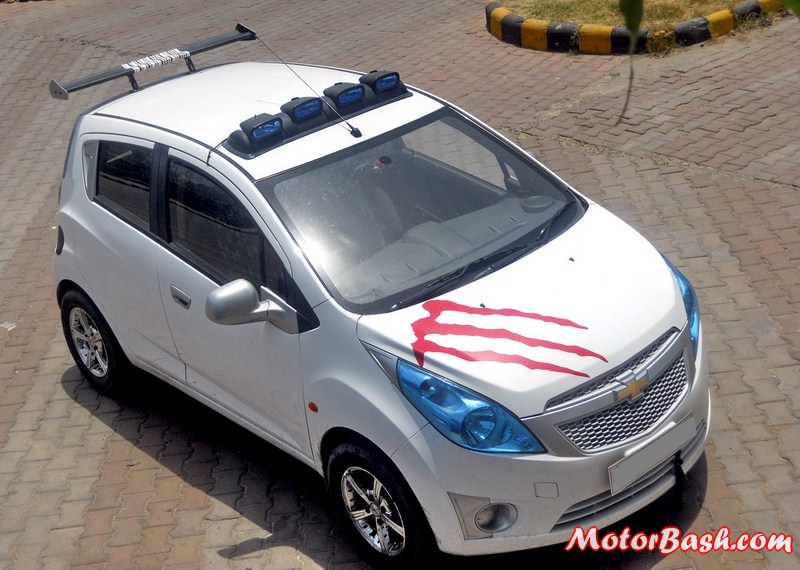 Zippy engine, tubo kicks in around 2000rpm. Travel in the city is a breeze. On the expressway, sped to around 125kmph top speed and it returned an FE of approx 22kmpl with 100% AC and 90-10 highway-city usage ratio. The EPS works amazingly well. Air-conditioning is adequate & pretty effective.

In city driving I have never found the 3-cylinder diesel engine lagging. However on one instance in a unpaved inclined wet hilly road, I found it gasping for power – I think it’s being too demanding on this puny engine.

The beat just grips the road and creases out the bumps easily. The suspension is soft but solid at the same time. A down side is that I feel that the steering does not centre out after negotiating a curve or turn. I am going to check with other users on the same.

It’s quite a reliable car. Till date I have not faced any issue. Build quality is pretty nice and better than quite a lot of cars in and around its segment. 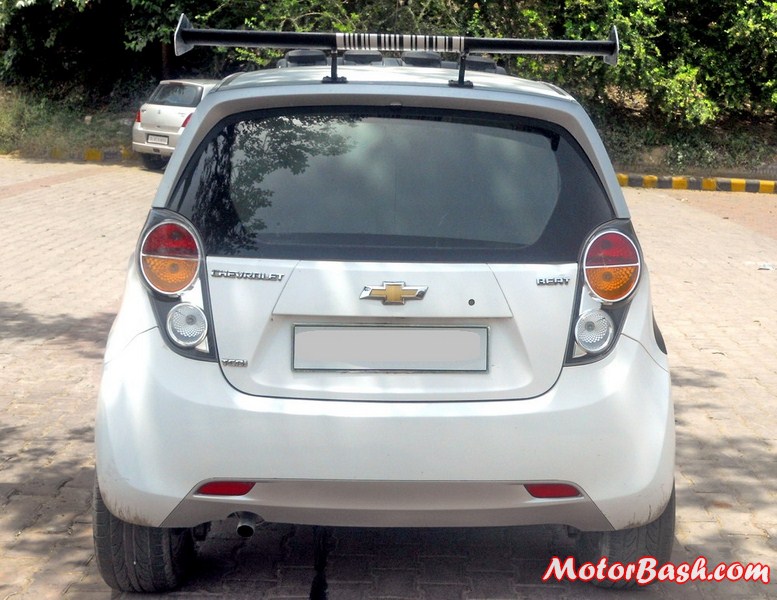 Finally: A real good car to own. There may be users differing on a few pointers but this one fits my bill perfectly and the Chevy promise says that I need to spend less than Rs 17,500/- in 3 years or 45,000 kms. What can I say? Happy with the buy!!!

Here is a list of all the mods on my Chevy Beat:

If you also want to Get Featured at MotorBash.com, all you need to do is shoot a mail at motorbash(at)gmail.com!