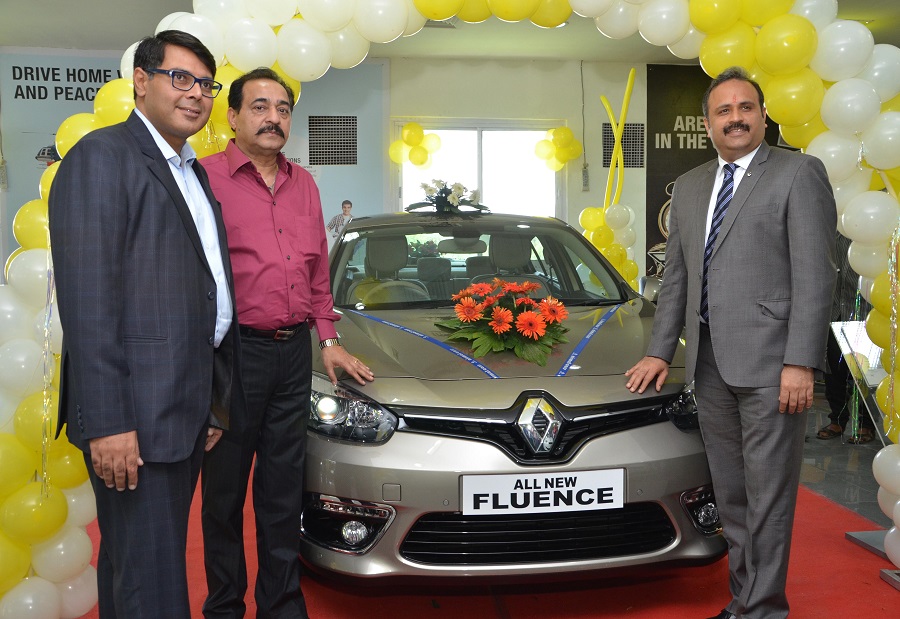 Gradually Renault India has been penetrating deep into India with more number of dealerships. Continuing their expansion spree, Renault has strengthened their presence in Jaipur and has launched their second dealership in the city.

The new dealership is located at Gopalpura by-pass and takes the total number of Renault dealerships in the country to 125 in just three years.

The new dealership, Renault Jaipur West, was inaugurated by Mr. Sumit Sawhney, Renault’s Country CEO and Managing Director. The outlet has been opened via collaboration with Nirmal Cars Private Ltd and covers an area of 10,600 square feet on two levels with a display capacity of eight cars. Renault now has dealerships in South and West Jaipur including 2 service and spare parts facilities in the city, targeting people residing in the posh areas of the city.

With the inclusion of Renault Jaipur West, Renault’s total tally of outlets in central zone have reached 16 and they have plans to open 9 more facilities to take the count to 25. In terms of total outlets, Renault intends to increase them to 175 touch points by the end of this year 2014.

The next set of cities which will see a new Renault dealership in the near future include Kota, Roorkee, Rudrapur, Gorakhpur, Bareilly, Moradabad, Aligarh, Mathura and Jhansi. The company for now wants to concentrate its efforts on the states of Madhya Pradesh, Rajasthan, Uttarakhand and Uttar Pradesh.

Renault’s Chennai plant has a capacity of 4,80,000 units per annum and these new dealerships would be immensely helpful in reaching more and more prospective customers.