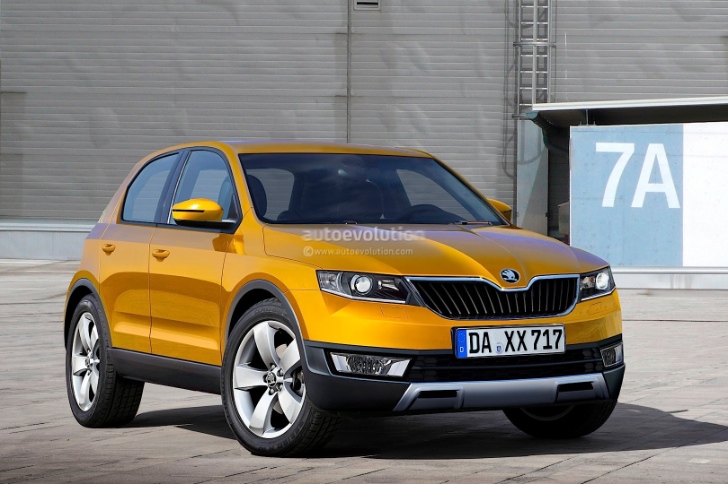 By now you already know that Volkswagen is preparing Taigun which is a compact SUV based on the Up! hatchback and the icing on the cake is that, according to media reports, it will be India bound when it goes on final production lines.

Now, what we all will feel surprised about is this latest rendering of Skoda Polar by Autoevolution.com. Skoda Polar is the new crossover SUV that Skoda is working on as a response to the growing crop of compact SUVs like Duster, Nissan Juke etc. Based on the Volkswagen Taigun, Polar is expected to make way sometime in 2015.

Polar is touted to be 4.1 meters long which is significantly larger than Taigun’s 3.86 meters. In this rendering, Polar resembles a lot of Audi’s Q SUVs and appears to be bulkier than Taigun. Polar will, obviously, be smaller than Yeti and will hence, sit under it.  It caries the new Skoda butterfly grille, sharp headlamps and edgier curves.

It is also speculated that Polar will get the Volkswagen’s MQB platform which also underpins a few new and upcoming Audi’s and Volkswagen’s cars. Since Yeti is already in India and Taigun is reportedly India bound, we have high hopes of Skoda considering Polar for India. Add to that the fact that compact SUV segment is the hottest market in the country today.

So which one? Taigun or Polar?