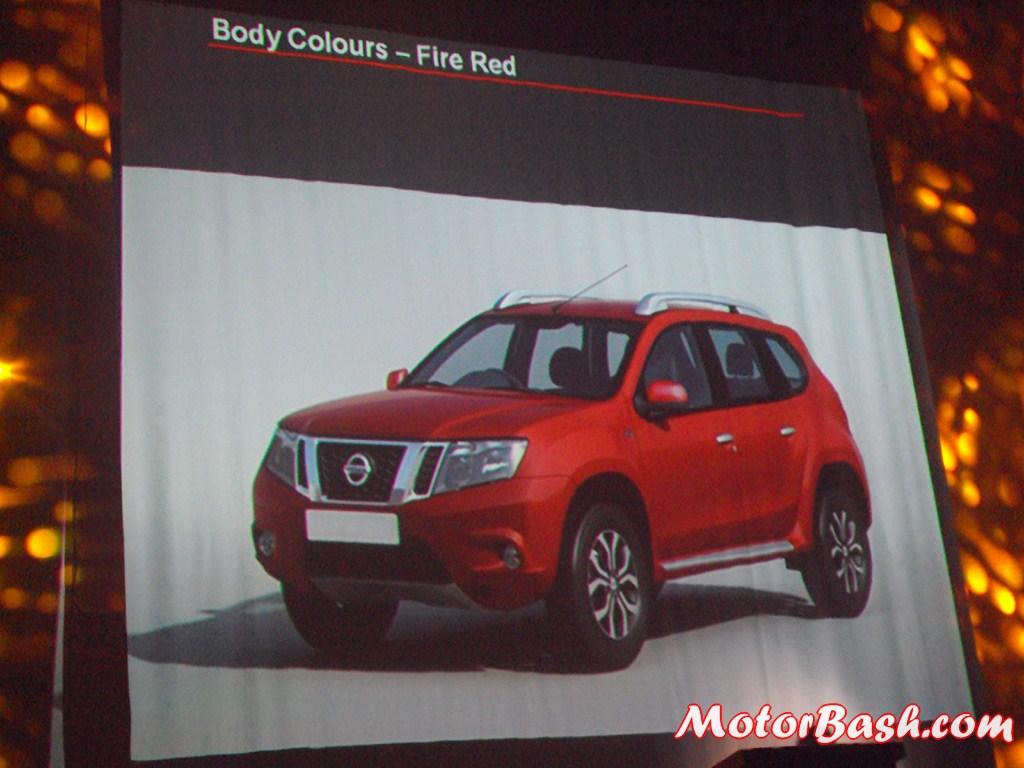 Nissan unveiled its compact SUV Terrano on 20th of this month. However, the commercial launch is still a few weeks away sometime in October. Nissan has not stated anything regarding the Terrano’s price apart from the word that it will start at Rs sub-10 Lakhs. 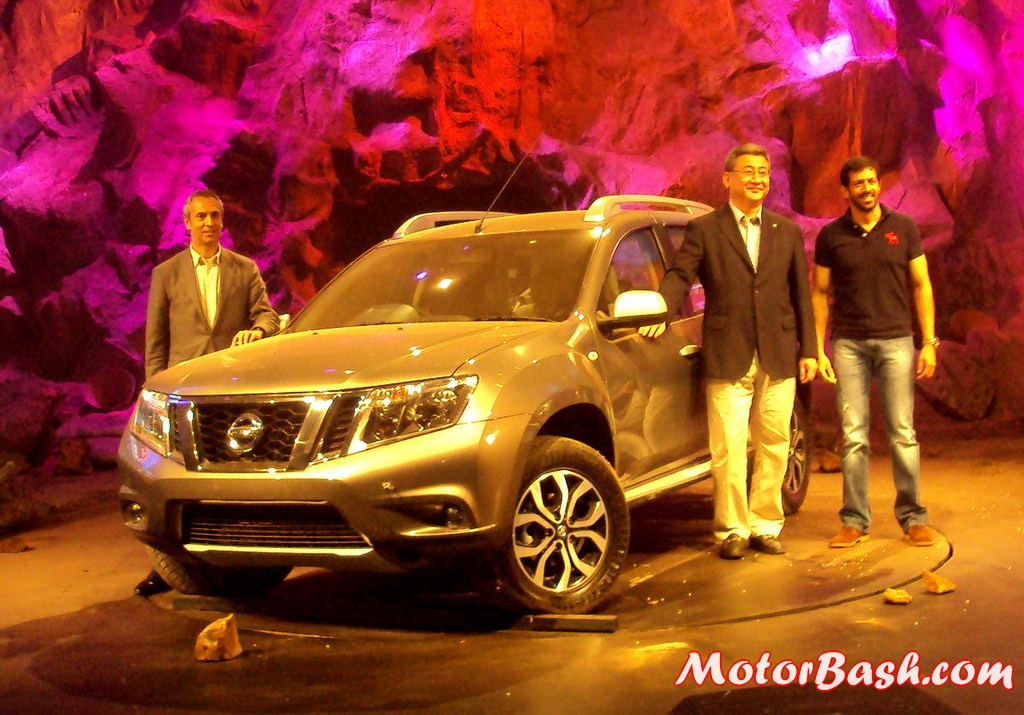 In a latest, OnCars.in, has revealed the variant line-up as well as the trim levels for Terrano. And according to what we see, the offerings are very similar to what you get on Duster!

We will have five trim levels to choose from, again very similar to Duster:

The engine-wise trim breakdown is:

These appear to be a replica of what Renault offers on Duster however, Nissan Terrano does say goodbye to some features like steering mounted controls and a touchscreen infotainment system (which might be offered little later like Duster)

Nissan officially revealed the color options of Terrano during its unveiling. So, you have the option of choosing from 6 shades as depicted in the slide below.

Interestingly, so far there is mention of Terrano 4WD anywhere. This goes against the earlier report that Nissan may offer Terrano in 4WD earlier than Duster 4WD. Official pre-bookings will start on September 1st, however, according to reports, dealers have unofficially started taking bookings of the Terrano.

With a speculated higher (than Duster) price tag and nothing really new to offer, we are skeptical of Terrano’s success. However, it appears to be a fresher option against people who have been kept waiting for the Duster…