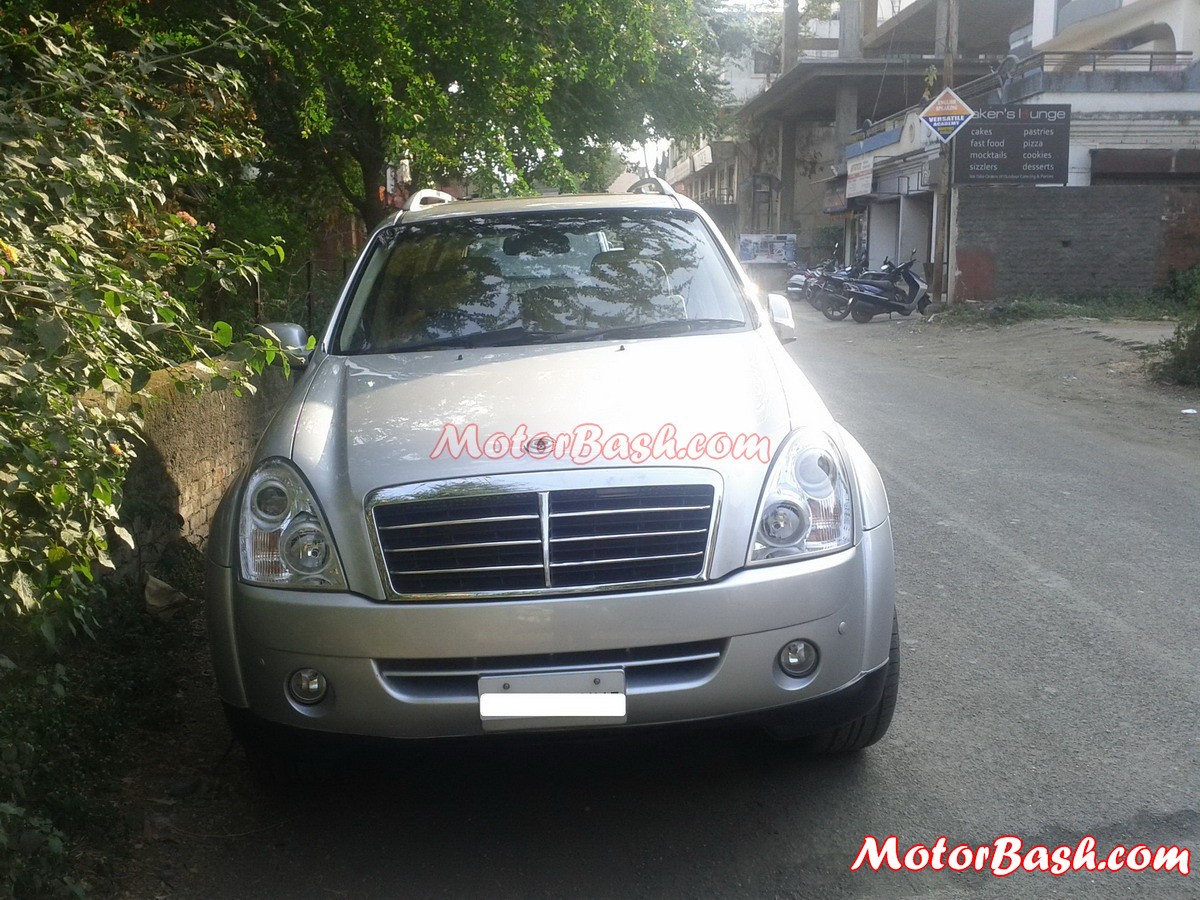 As we posted a quick gallery on the updated Rexton W from Ssangyong, here we receive spy pictures of the car. MotorBash’s avid reader Kunal Bhattad has shared with us absolutely clear pictures of Ssangyong Rexton which also reveal the interiors of this big bulky SUV. 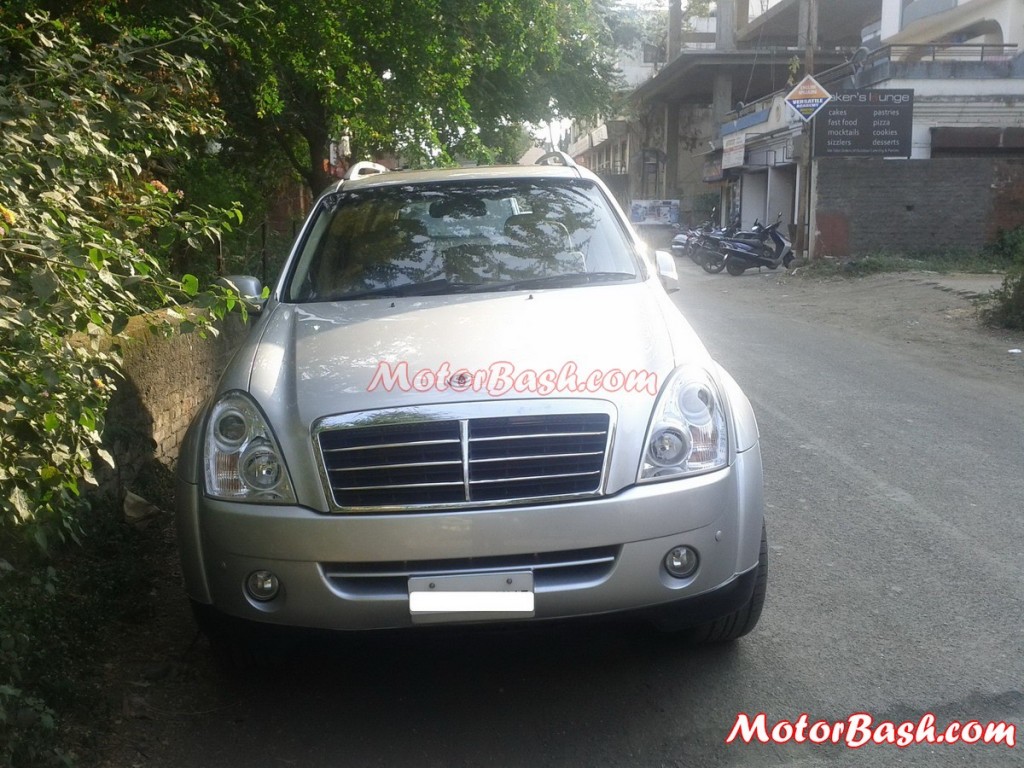 As could be seen from the pictures, this car seems like a proper Mumbai registered car and belongs to some Mahindra official as informed by the driver of the car. This car was caught in Nasik and the driver also informed us that the car was All Wheel Drive (AWD) Automatic 5 seater model. It was also informed that the big bulky SUV felt a little sluggish to drive around and the auto-box is a little less responsive. 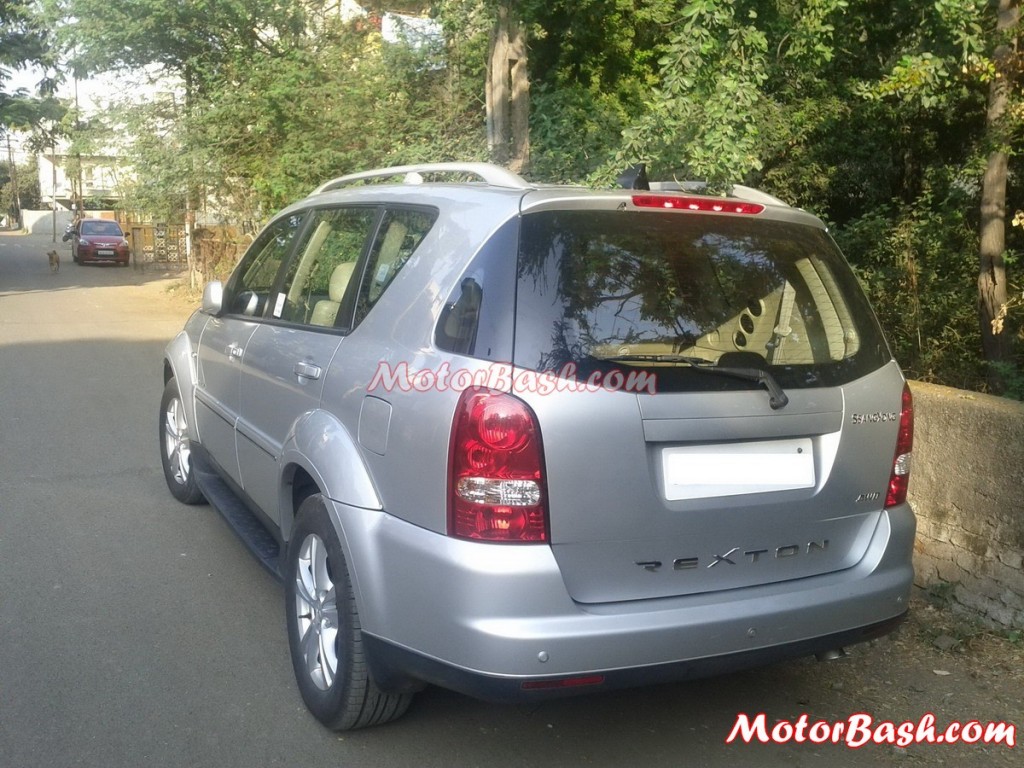 Rexton looks typical old-school lanky SUV which was recently updated and displayed in Busan Auto Show. But we feel that the current model (in the pics) would be the one which will be launched in India. Rexton comes with both diesel and petrol engine but it would be the diesel that would make it to India. The diesel Rexton is powered by a 2.7L in-line 5 cylinder diesel engine sourced from Mercedes and in the top of the line trim pumps out 179PS of power output and 402Nm of torque. The car has huge turning radius of 5.7meters and is 4.72 meters long (shorter than Endeavour’s over 5 meters). 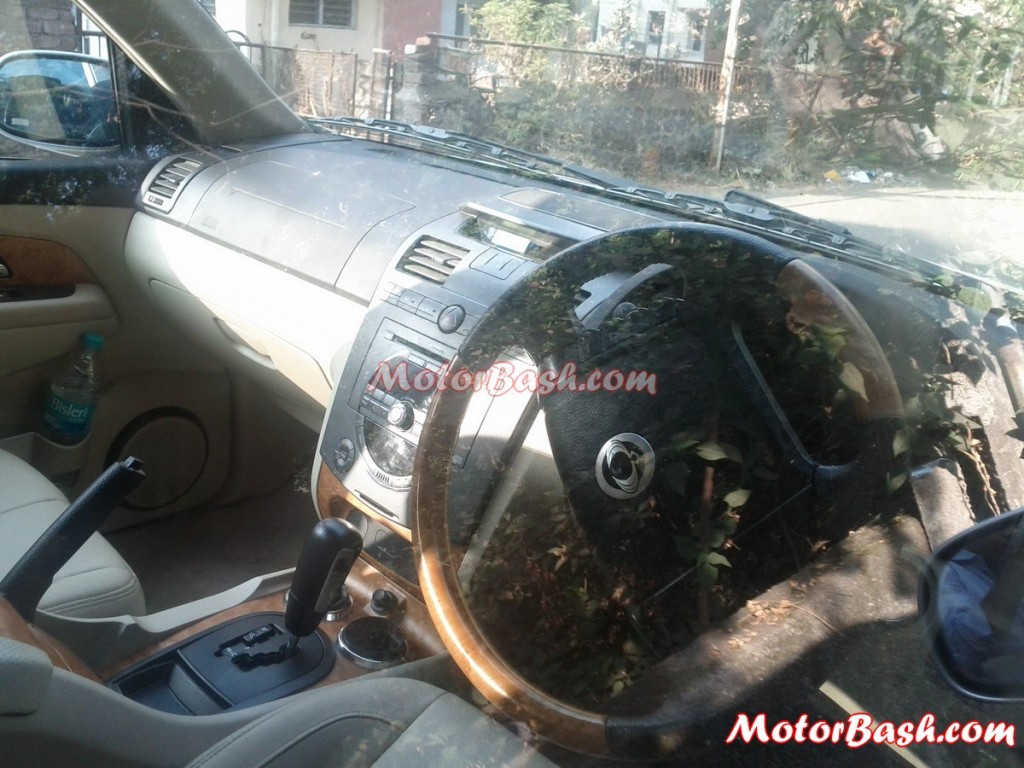 The spotted car seems to be the top of the line model with beige interiors. Interior space at the rear also doesn’t seem to be in plenty considering the size of the car. Mahindra is expected to launch Rexton this year itself and it might be the first car from the Ssangyong’s stable that would make it to India. It is not known what branding or nomenclature the Rexton would adorn. We expect Mahindra to place this just over its premium XUV500 around the 17-20 lac price point which would mean it would directly or partially compete with Ford Endeavour, Toyota Fortuner, Chevrolet Captiva.

We suggest Mahindra to use its own badging and name this car something from its own class.