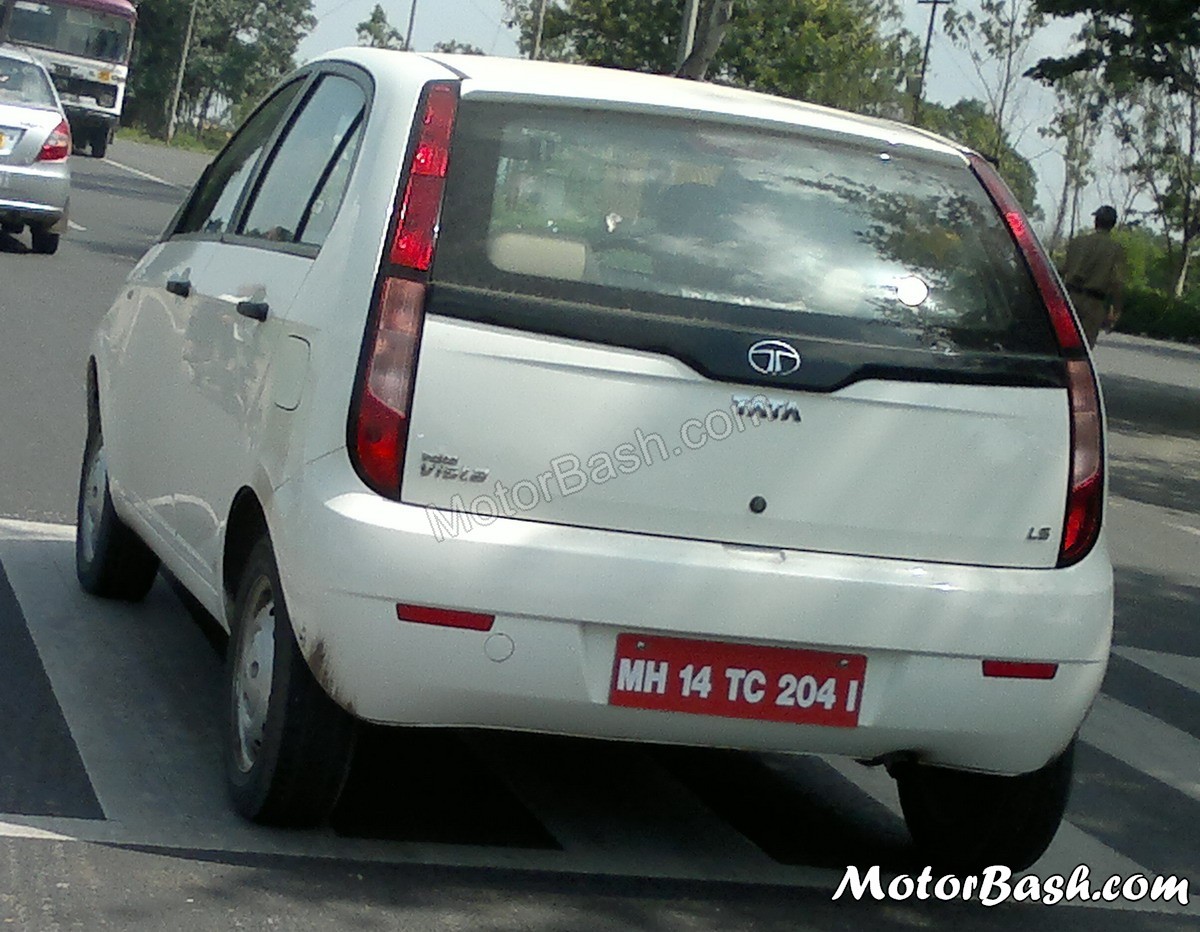 There has been talks in the air about Tata’s new efficient CR4 diesel mill making way to other cars in the lineup apart from the Indica. We spied a Tata Venture test mule a few days back and suspect it is the CR4 mill being tested on that.

Moving away from making guesses, here we reveal a new development from the house of Tata Motors. The car you see here looks like a normal Vista roaming around on the streets of Pune. However, a jump ahead at the wings and things get revealed. Through the ‘CR4‘ decal just above the wheel arches this car conveys what heart is it carrying (ok..ok..a little bit of smoke also helped!)

For all of you who are getting confused, we would ease it for you. Currently Tata offers 2 diesel engine options for its Vista cars – the 75PS Quadrajet from Fiat and an older in-house TDI engine.

The 1405cc TDI engine produces 71PS of power output and 135.4Nm of torque and it adheres to older BS3 emission norms. Meanwhile Tata has also developed a new breed of 1396cc ‘CR4’ badged more efficient diesel engines which do duty on the new Indica eV2 and are BS4 compliant.

Tata plans to introduce this CR4 engine on the Vista range most probably replacing the TDI diesels. This 1396cc CR4 diesel engine produces 70PS of power and 140Nm of torque and has better drive characteristics along with a high 25Kmpl fuel efficiency figures. 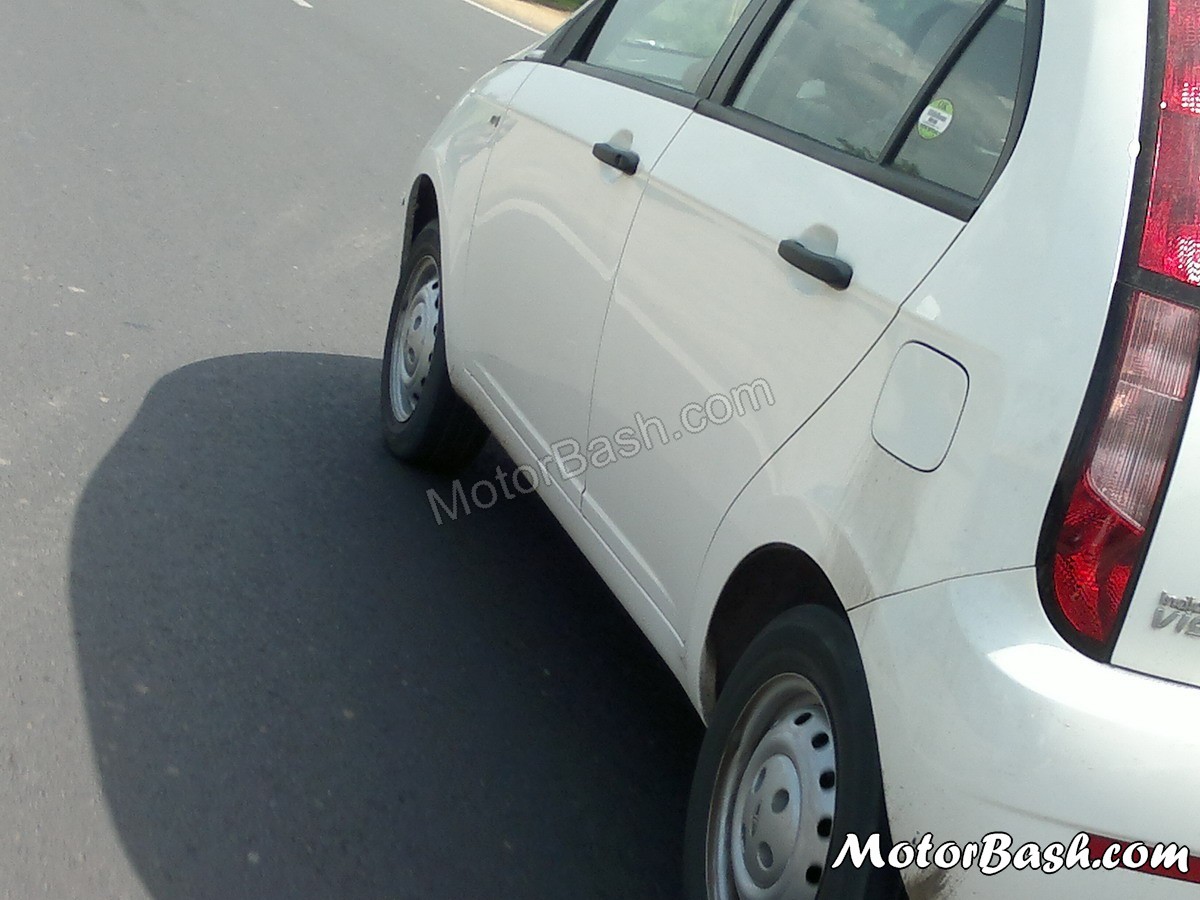 We did not notice any changes to the external looks of the car apart from the CR4 badge. Nor do we expect Tata to carry the main center-mounted information console to its correct position!

Tata is expected to launch this new CR4 loaded Vista pretty soon and our guess is that it will come somewhere in October. There could be very little price increase over the TDI version if there would be any!