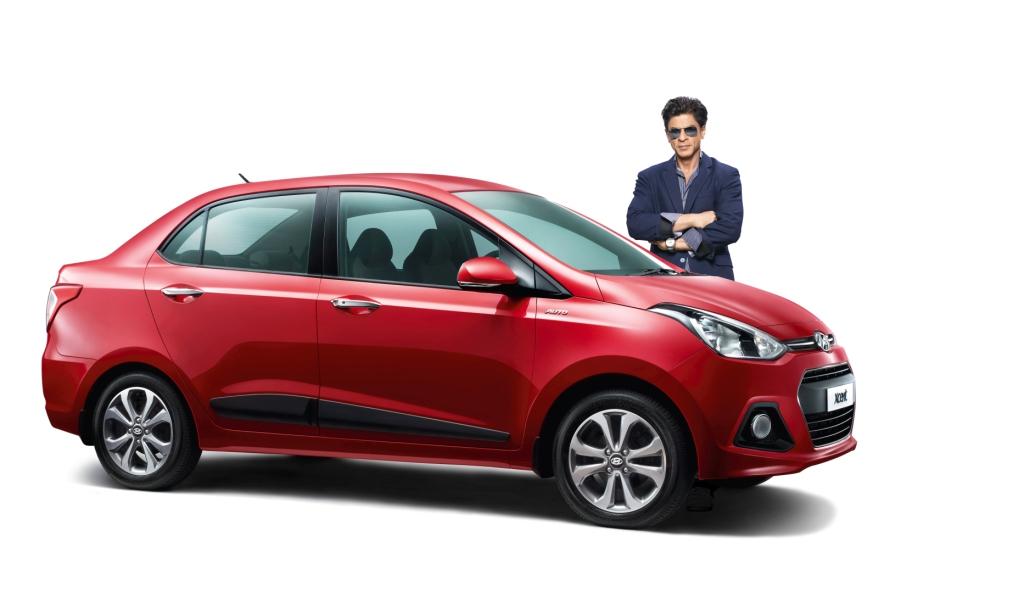 Hyundai India has roped in Shahrukh Khan as the brand ambassador for its Xcent sedan. The popular actor has been endorsing Hyundai products for 16 years now and this association has truly been one of the longest ones for a brand in India.

According to Hyundai, the new television commercial for the Xcent was conceptualized around the theme of ‘multiplying life’s joys with generous Xtras like Xtra space, style and comfort’. Of course, it’s not just the Xcent but almost all Hyundais have set the benchmark in their respective segments when it comes to in-cabin features and equipment, and that sounds synonymous to comfort to the majority of buyers in India.

Xcent comes with a choice of two engines, a diesel and a petrol. The petrol is a peppy 1.2-litre four-cylinder unit that produces 82 bhp and 114 Nm torque while the diesel is the only 3-cylinder engine in the segment and it also produces the least amount of power and torque in the class too – 72 PS and 180 Nm.

On the ride as well, Xcent diesel is not one of the good ones out there to drive but it is fairly fuel efficient at an ARAI certified figure of 24.4 kmpl. Both the petrol and diesel Xcents come with a 5-speed manual gearbox, however, you can specify the petrol with a 4-speed automatic transmission too.

Hyundai always does a Bajaj with its vehicles as, like the two-wheeler major, it also gives you more for your rupee. Yes, the pricing of the Xcent is fantastic with the base petrol starting at INR 4.66 lakh while the top-end petrol sells for INR 6.47 lakh. The automatic starts at INR 6.3 lakh and goes up to INR 7.2 lakh while the diesel Xcent variants are priced from INR 5.56 lakh and INR 7.38 lakh in Delhi (all prices are ex-showroom).