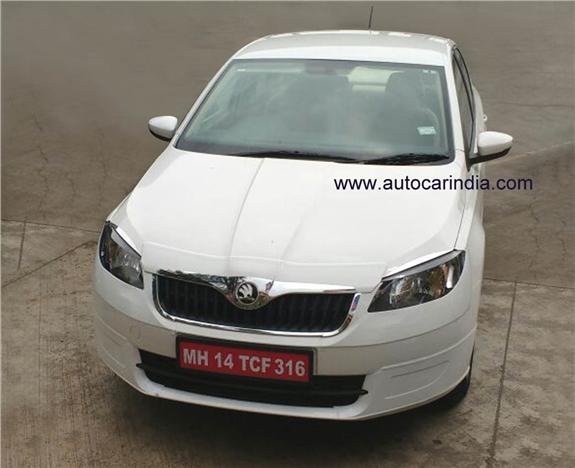 Introduced back in 2011, Skoda Rapid is based on the Volkswagen Vento. Since then the Czechoslovakian manufacturer has been keeping the car alive with a minor facelift and several limited edition models. The Rapid was first introduced with 1.6 litre petrol and diesel mills with the latter getting replaced in 2014 with the new 1.5 litre engine. And now, Skoda is planning to introduce a fairly decent upgrade later this year.

Autocar India has posted first pics of a camouflaged test unit of the Rapid facelift. Though not much appears to have changed but expect subtle hints of the new design language seen in the new Superb and the Octavia. The clever camouflaging hides the new hood, bumpers, head lamps and front grille. The updated Rapid is already on sale in European countries (pictured in blue below) but this India version looks a little different.

Engine options are expected to remain the same – 1.6 litre petrol which currently produces 105 PS of power and 153 Nm of torque and the 1.5 litre diesel which churns out the same power output and 250 Nm of torque. The report claims that the diesel version will gain more output thanks to a bigger, locally sourced turbocharger. 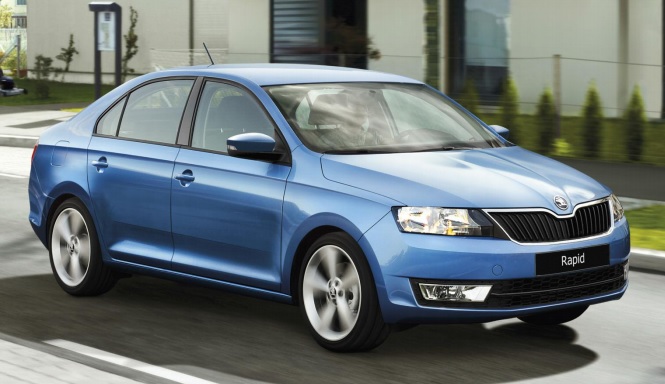 The Rapid has been Skoda’s largest selling product in India with sales in the months between April 2015 to February 2016 hitting 10,704 units. With new betterments and a fresh face, Skoda must be hoping to increase market share and challenge some established players in this segment. Launch is expected sometime later this year.