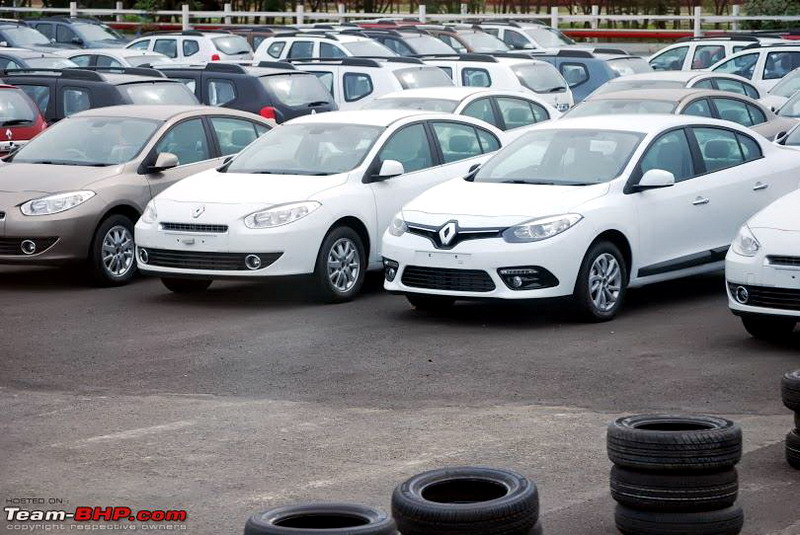 Towards the early part of this year, news bits of Renault launching the new updated Fluence in India started making ways. The speculated timeframe given was mid of this year and we are at the verge of crossing ‘mid’ of the year without any concrete update.

However, there appears to be some now, with these spyshots shared at Team-Bhp. According a member of the forum Ajmat, he has spotted these pack of Fluence while passing through Renault’s factory (which is in Chennai). What strikes us is the presence of the facelifted Fluence among the current ones!

It becomes apparently clear that Renault has, in all probability, started making the new Fluence for our market and should be announcing the launch soon. Renault’s Fluence has been the first offering in the Indian market and has not tasted the success the French manufacturer would have liked.

The current Fluence which is on sale is brought to India via the CKD route and has very less local content. The new Fluence comes with a host of cosmetic changes like a new front bumper, a more prominent ‘Renault’ logo and a new front face. It also gets a host of interior changes as well. Also note the side cladding that is present on the Indian version. 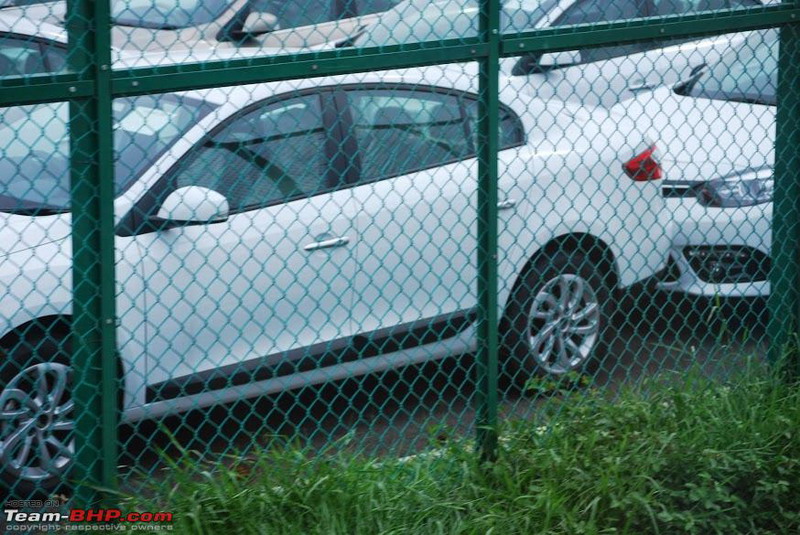 The international version of Fluence comes with a 1.6L dCi diesel engine against the 1.5L we get here. Will Renault consider offering it in India on this updated Fluence is a question for now. One of the shots features both the new and current Fluences parked side by side to give us a good glimpse and a direct comparison. And let us admit, the new Fluence looks a lot better and striking than the one on sale. Next, we await for any kind of an official communication from the company.

Also Read: All the changes on Updated Renault Fluence