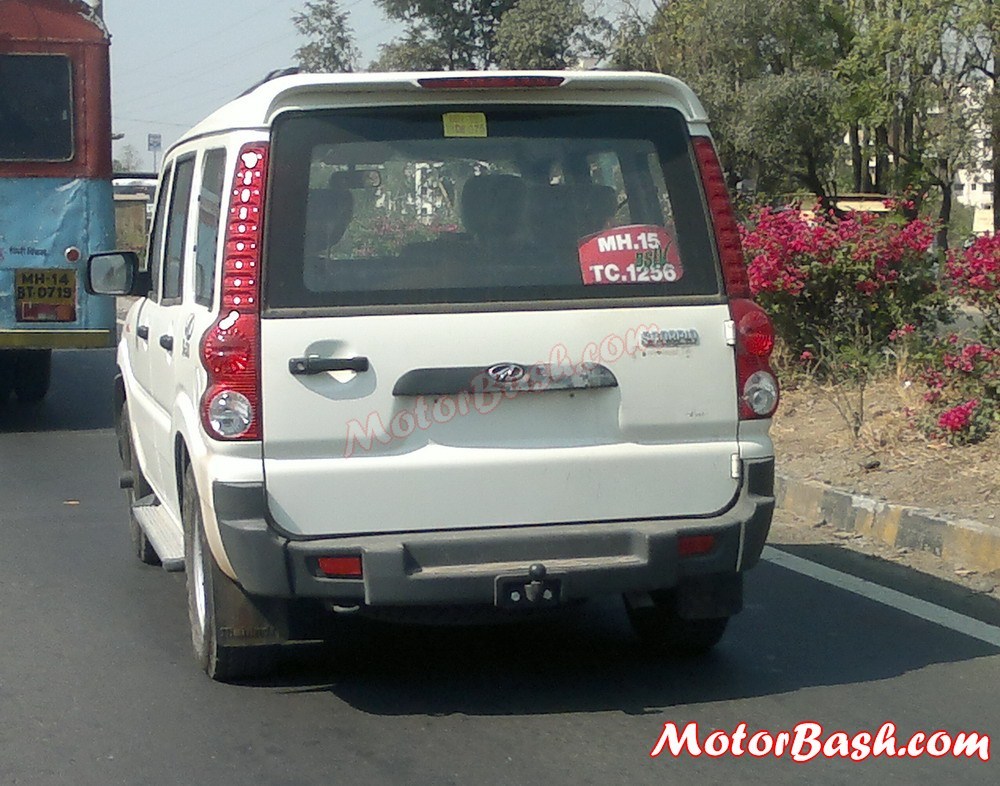 Mahindra has been busy testing the Scorpio with a new Automatic Gearbox. After sharing the spyshots of one such mule last month, we spot it once again around the same place it was caught earlier.

Mahindra had, reportedly, stopped production of the Automatic version of Scorpio last year due to certain issues with the supplier. And now, according to a few speculations, Mahindra is sourcing the new Automatic Gearbox from Bosch which is what is being tested exhaustively here.

Mahindra offered the Automatic gearbox only on the top of the line VLX but this appears to be a lower spec variant undergoing tests. There might be a possibility, to face the oncoming competition, Mahindra might also introduce a lower variant with this Automatic box. This was a 4 wheel drive version as revealed by the front hubs. 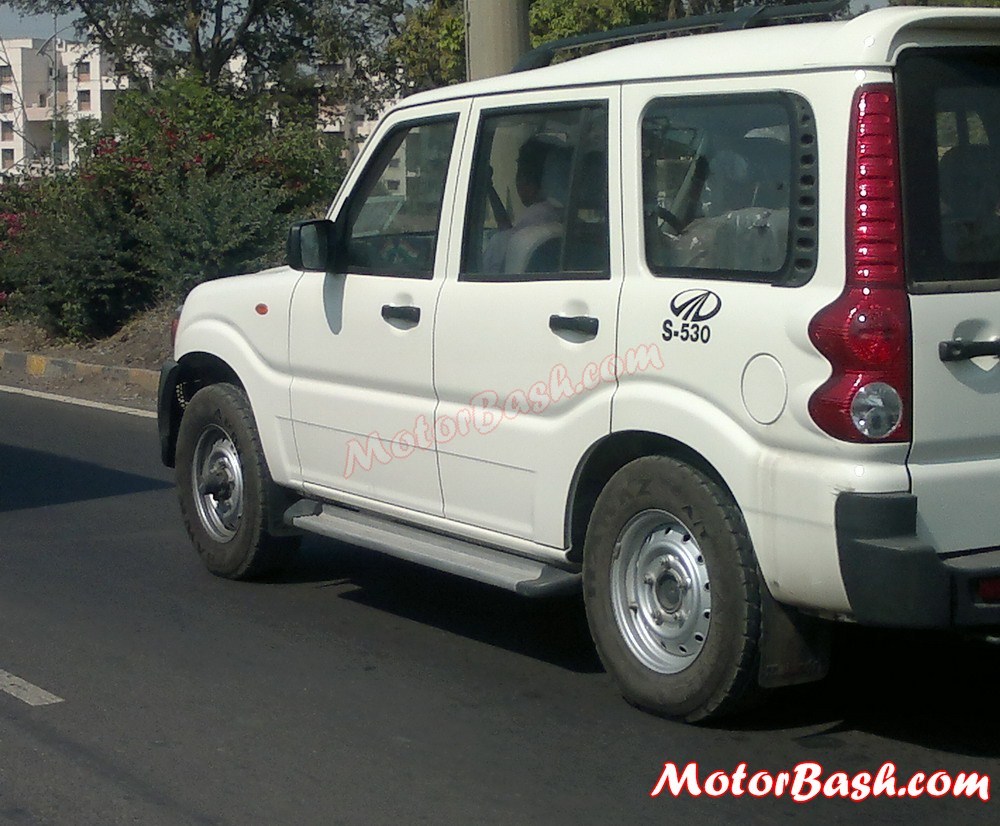 Just a few minutes back, we have published a shocking news of Mahindra’s second compact SUV in the sub 4 meter car space. This goes along with the catch of 4×4 Quanto, exclusive pics of which we had shared with you a few days back. There is an All-New Scorpio which is also due next year. Mahindra is going really hard on the competition in this Utility Vehicle space and they have already snatched the third spot from Tata. This Scorpio 4×4 Automatic will take care of the upcoming Tata Safari Storme Automatic.