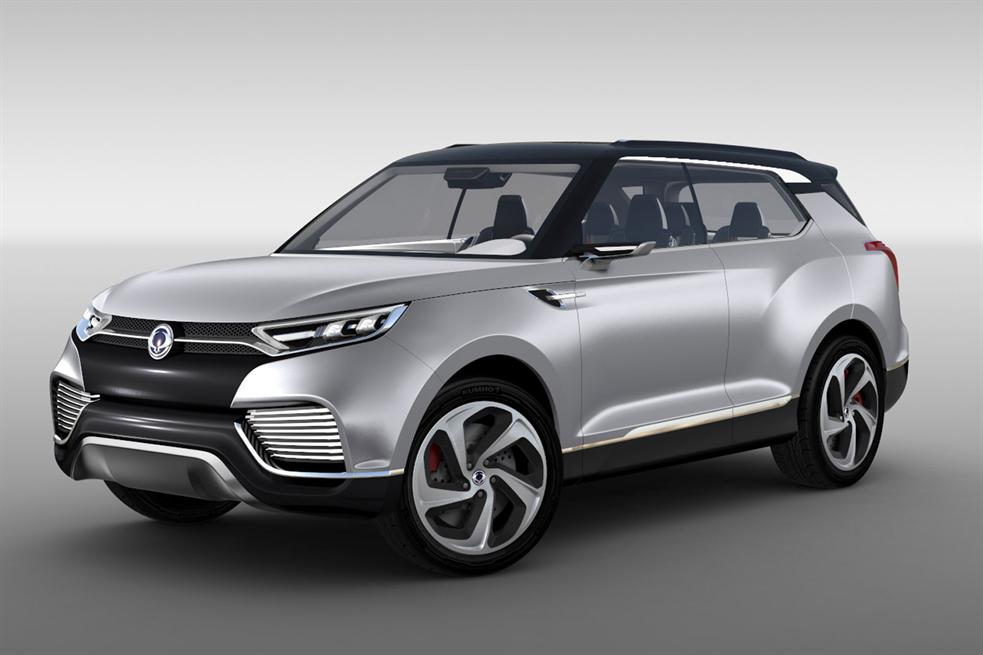 While Mahindra is vigorously testing the S101/S102 compact SUV in India, it is also working on the launch of the Ssangyong X100 (codename) by January 2015 which is when the car will mark its world debut in production form.

The X100 has been frequently spied doing the testing rounds in China and is an SUV that looks a smidgen bigger than the Hyundai ix25. Yes, it is not a sub four-metre SUV like the EcoSport and will get two options – 5-seater and bigger 7-seater.

The Ssangyong XLV concept, showcased at the Geneva Motor Show early this year, was supposed to spawn off two SUVs – a Mahindra and a Ssangyong. While there is no concrete news about the former, the latter would indeed come in the form of X100.

Moreover, we won’t be surprised if Mahindra’s soon-to-be-launched S101/S102 is also based upon the same platform too. Just look at the spy shots of both the vehicles and see the uncanny resemblance in their frontal designs. Anyway, as we had mentioned earlier, while the S101 would take the fight straight away to the EcoSport, the X100 will be a more premium offering.

It is widely believed that the 5-seater version of X100 may not be launched in India, however the 7-seater X100 may, well come to India.