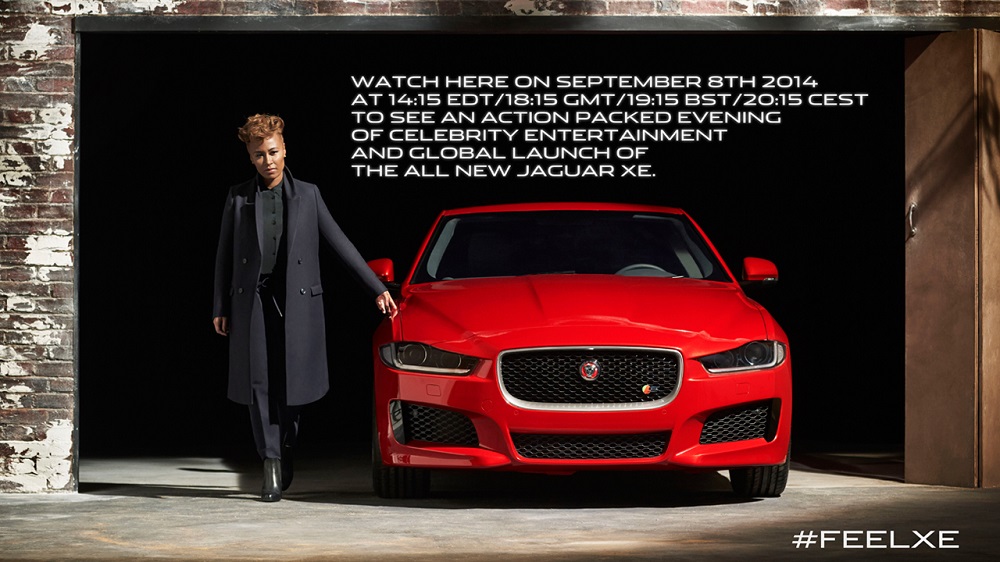 Ahead of Jaguar’s global launch of its all-new XE sedan later today, chaps at autoweek.nl have published completely uncamouflaged pictures of the car. The images are hazy as they seem to have been captured by a fan in London where it was being transported hanging under a helicopter!

Until now, Jaguar had officially shown just one picture of the car’s front other than continually updating their site with new teasers and information about the car’s technology and new features. 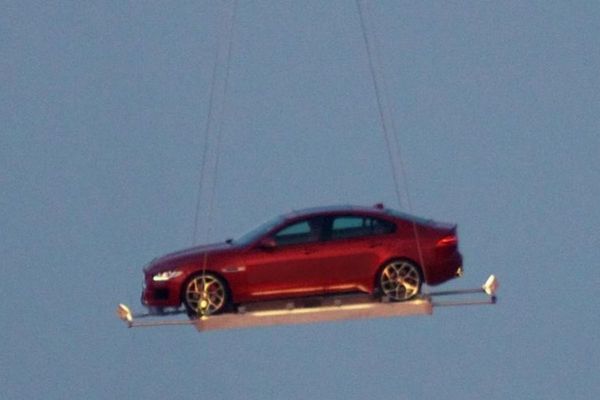 The cheapest Jaguar would compete with Audi’s A4, BMW’s 3-Series, and Mercedes’ C-Class and, without a doubt, it’s the Jag that looks the most striking of the lot – just look at that slippery yet muscular shape, and those exquisitely styled alloy wheels! Jaguar has been teasing the XE, on its official Indian site as well so we can positively expect it to be launched here, pretty soon. 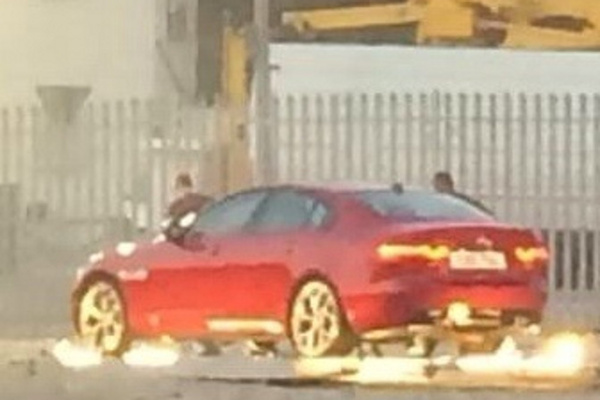 So while the best-seller of the XE engine range would be the new 2.0-litre diesel from Jaguar’s Ingenium family of engines, the XE’s top-end variants would sport the 3.0-litre supercharged petrol unit capable of producing 335 bhp (XER perhaps) or 375 bhp (XER-S?). That latter, unlike the Germans, will not have their top speeds limited to 250 kmph.

The global unveiling takes place today at 19:15  BST (UK time) which means it starts at 11:15pm in India. We expect this ‘small’ Jaguar to be a stonker of a car and hope it comes to India as soon as it goes on sale internationally.

All details on Jaguar XE