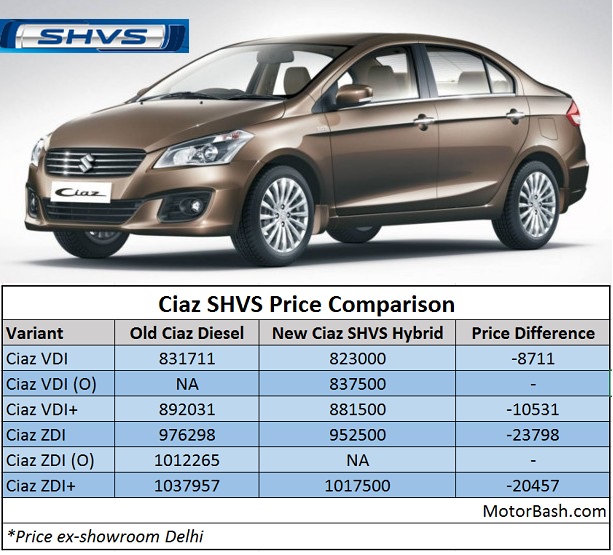 Against what is a common belief, Maruti Suzuki has reduced the prices of new Ciaz SHVS Diesel despite the addition of new features and increment in fuel economy.

Now that is why Maruti Suzuki is the leader in the Indian market sphere and there is literally no second in place! They innovate and bring about technologies in segments which can be mass-produced and mass-used! Not that the hybrid they brought about was not available in India before, but in the C2 sedan segment it is new and most importantly it brings about an increment in mileage, one of the key aspects when you are operating in India!

However, the bigger surprise is, despite the addition of costly Hybrid gadgetry, prices of the new Ciaz SHVS diesel are lesser than the now discontinued diesel-only version by upto Rs 24,000!

This has been made possible because of the following reasons as shared by Maruti.