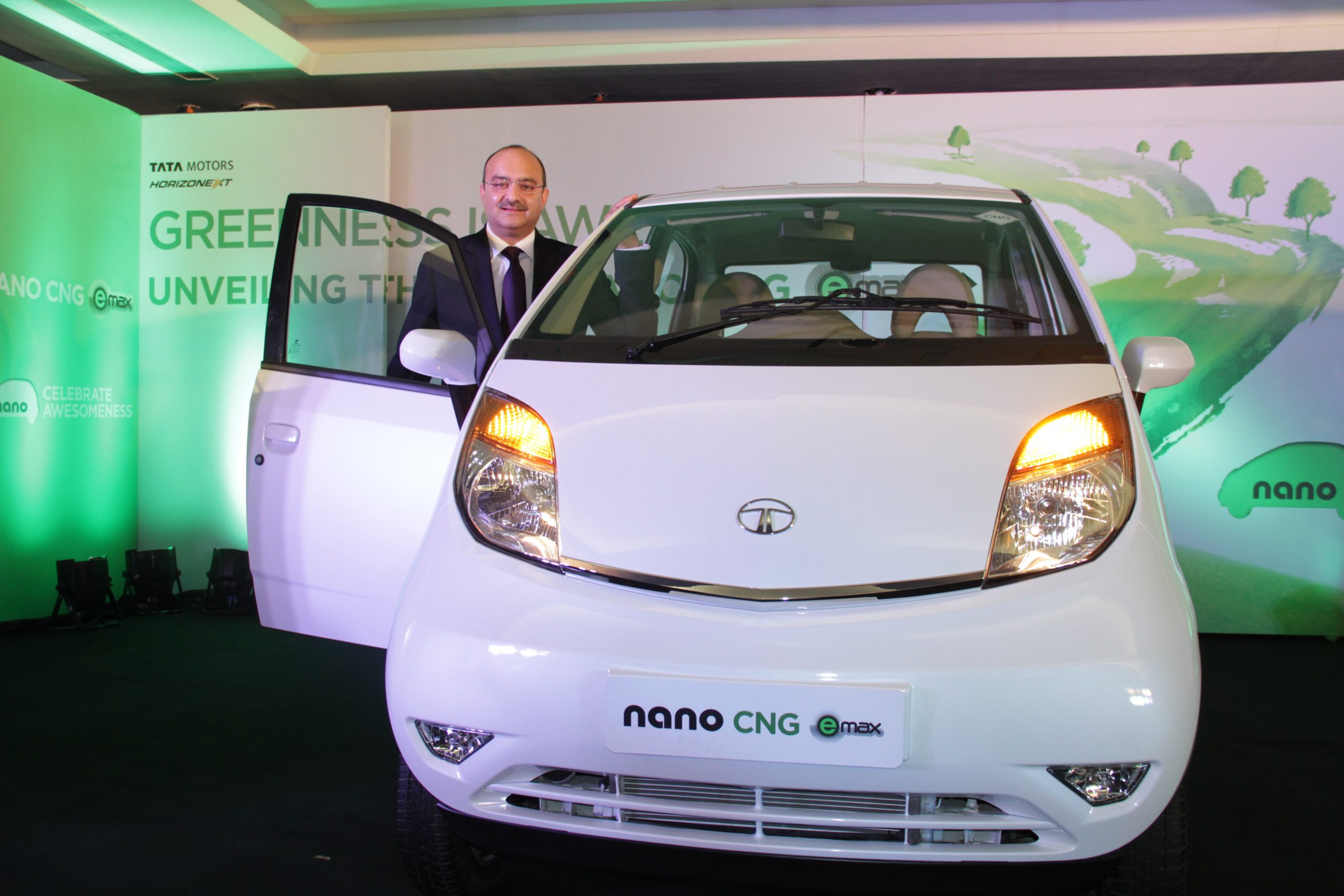 Finally, Tata Motors has launched its new Nano CNG emax. The said car is designed to take the Tata Nano’s efficiency and frugality even a notch higher, and is equipped with an engine that has the ability to switch between the fuel types of CNG and petrol. 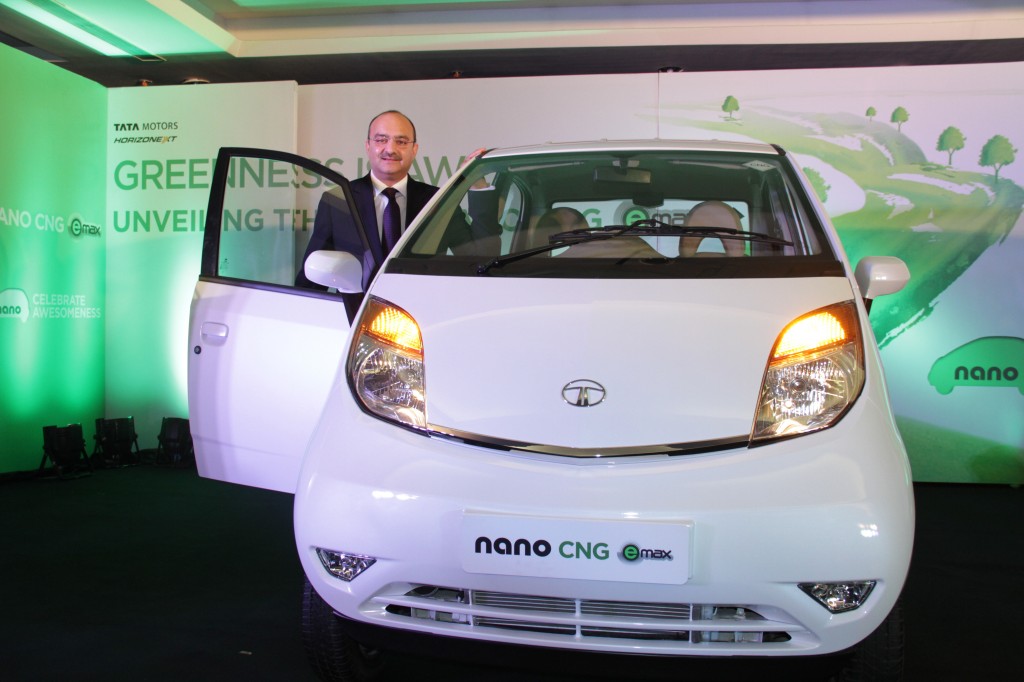 Tata Motors has claimed that the CNG kit components are world-class, and no letdown has been made on the account of safety. There is a technically advanced Engine Management System that allows seamless switching between fuel options, depending on the driver’s needs. If he wants to push the car faster, the engine will automatically switch itself to petrol mode. However, if the run is an easy-going and laid-back stroll, then CNG would be the choice of the engine. 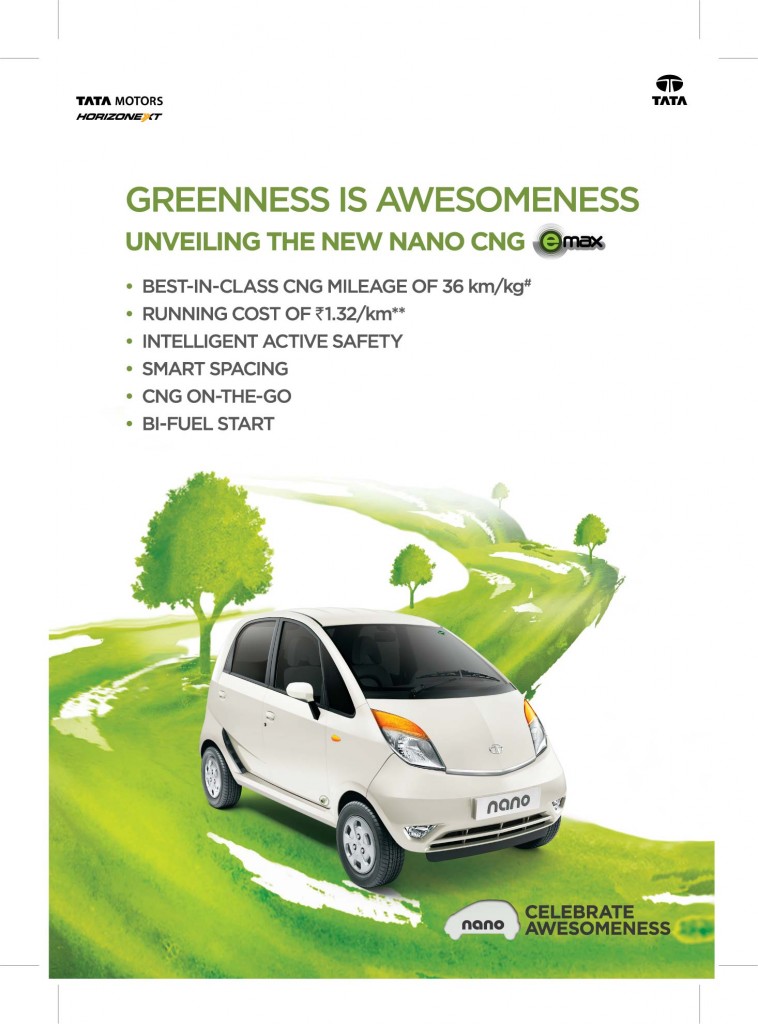 Convenience as a factor has also been looked into. The Nano CNG emax has the ability to be sparked into life on those very first rides of the day, unlike other conventional CNG systems which need to be fired up on petrol. Retrofitted CNG kits on Indian vehicles like Omni were often equipped with long cylinders placed behind the rear seats. However, the Nano CNG emax has its cylinders placed underneath the driver’s seat. 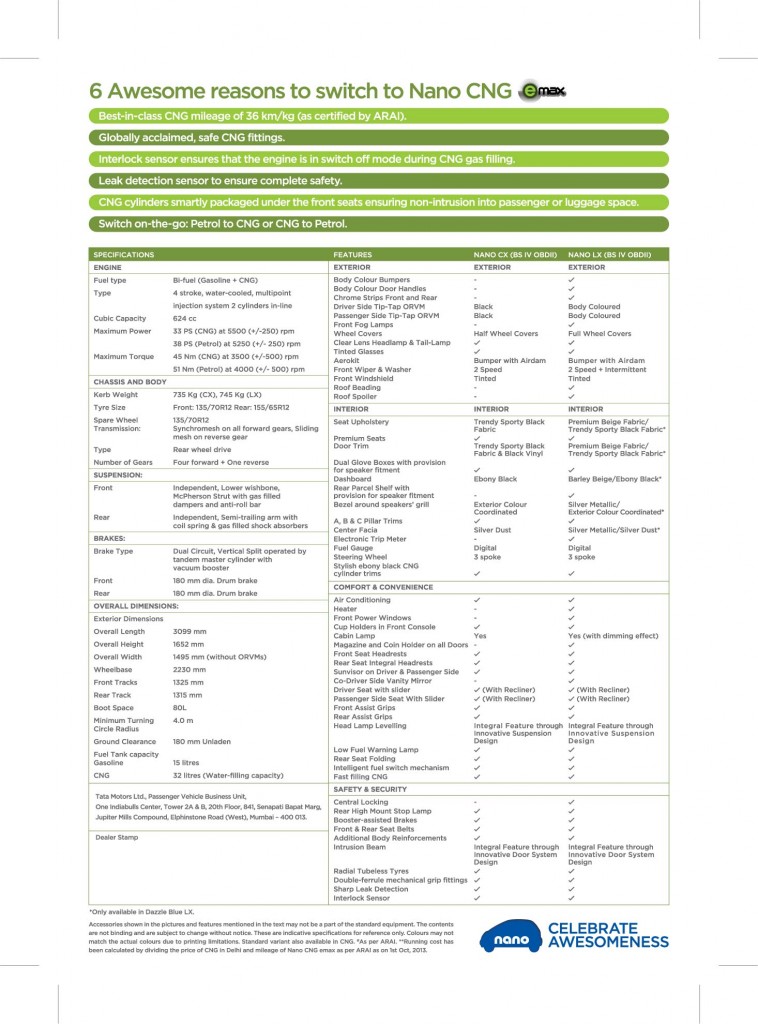 It will also come equipped with a fire extinguisher, not so much on safety considerations but to take people’s uncertainties into the loop. We are sure that Tata Motors, a global MNC, must have spent enough R&D hours to ensure that the Nano CNG emax is not what people may refer to as an Explosion on Wheels. However, since CNG-based products have still not held the sway of the market, Tata Motors must have included it so as to reassure customers and thus provide an initial fillip to the sales.

Apart from frugality and safety, convenience and a bit of comfort is what the Nano CNG emax offers. The space in the cabin shouldn’t be anything to worry about, though the front seats could be bit higher due to the presence of CNG tanks beneath that of the driver. Air-conditioning will ensure a steady blast of cool air, and a tight turning radius will let one pack the NanoCNG emax into the narrowest of curves.  On CNG mode, the Nano CNG emax has a range of about 150 kms, in addition to the existing 375 kms on petrol.

The Tata Nano CNG emax price range starts at Rs. 2.40 Lakhs ( ex-showroom – Delhi ) for the Nano CX and goes upto Rs. 2.65 Lakhs ( ex-showroom – Delhi ) for the Nano LX. The LX carries dual-tone beige interiors, whereas the CX possesses dark black interiors. Tata Motors is providing a warranty of up to 60,000 kms or 4 years (whichever is earlier), thus resulting in the lowest cost of ownership.

However, we do have our apprehensions over the Nano CNG emax, and it doesn’t have anything to do with the car fireballing itself. We feel that the Nano CNG emax comes with a premium over the regular Nano, hence it would find fewer takers. Our belief is that it is the Nano Diesel that will make a good killing in the lower rungs of the Indian market.