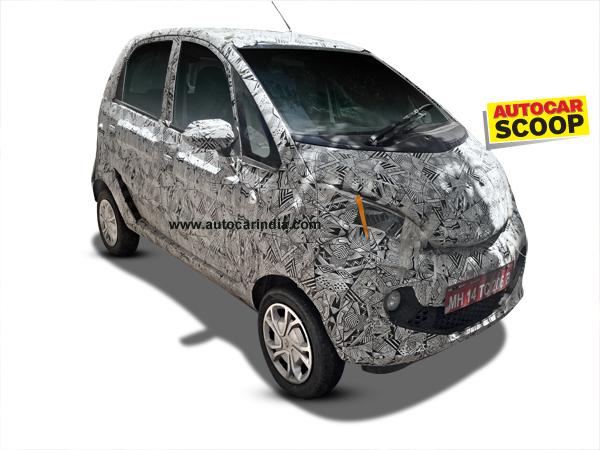 The cat is out of the bag. Tata’s upcoming small car, set to be placed below the Tiago, has been spied for the first time. Called as the Pelican, the car is based on the Nano GenX and as expected sports a bigger stance. Yes, we are all set to get a bigger version of the Nano as we reported a few days back.

Nano’s walk to fame was the tagline of the 1 lakh rupee car! However, the bare bones model is slowly changing to a modern day city car which will squeeze through the gaps in traffic. Yes, the perfect answer to urban mobility needs. So what is the Pelican. Is it just a bigger Nano or does it too gains more premiumness?

Images shared by Autocar India reveal that while body panels seem largely to be a carry over of the Nano, the test unit sports noticeably larger wheels, new bonnet (resembling the Europa concept) and restyled headlights. The report also adds that though the front windscreen wiper remains a solo unit, it now has a double arm design with a proper windscreen washer at the centre. The fuel inlet is also expected to move from under the hood to a more conventional position. 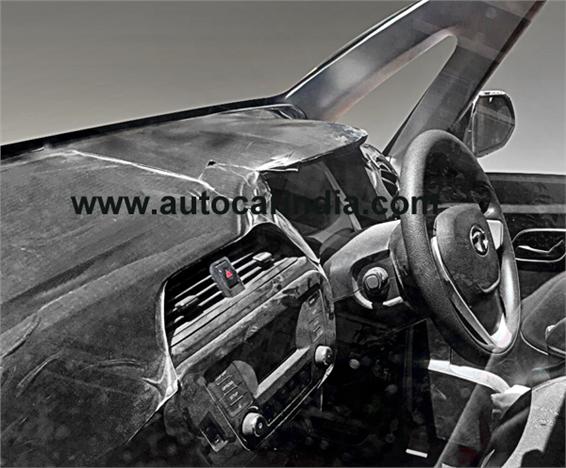 The interiors though is where most of the change has taken place. While the steering wheel and side air con outlets are the same as the GenX version, the vent in the centre has been lifted from the Tiago. The instrumentation moves to the conventional, behind the steering wheel location while the infotainment system appears to be the same Harman unit from the Tiago. In terms of powertrain the car is expected to sport a bigger 1.0 litre petrol mill. 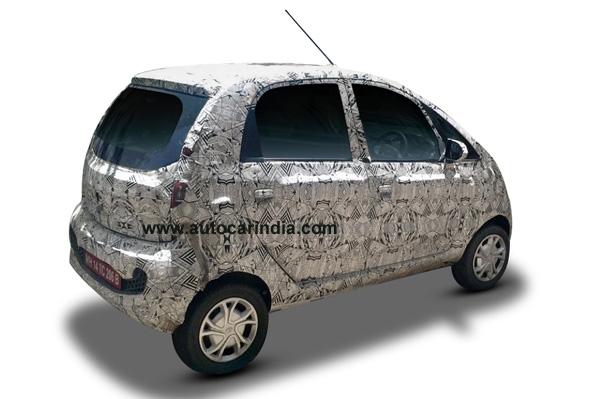 But can the Pelican turn the fortunes for Nano?