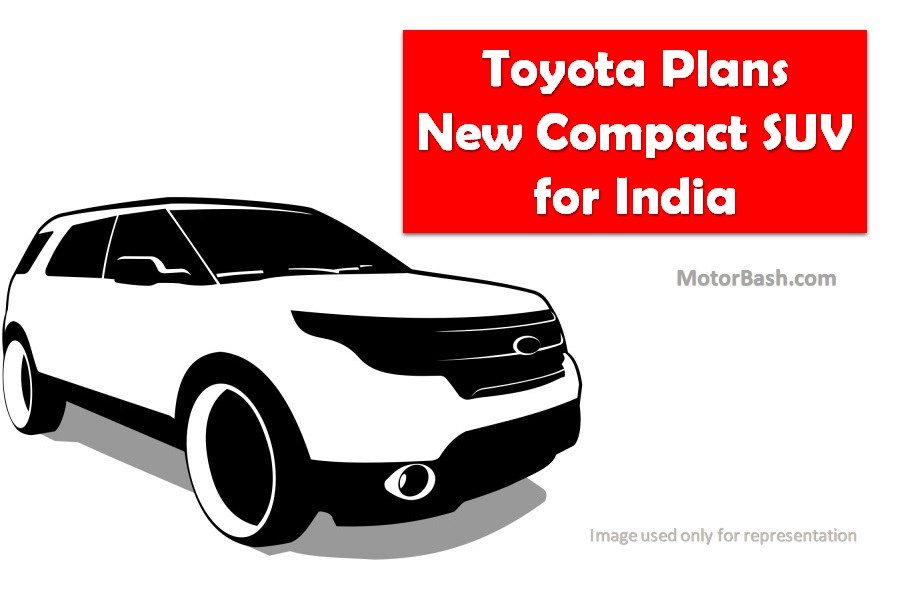 Toyota Compact SUV, MPV and small hatchback in plans for India. Will be made in collaboration with Daihatsu…

The Etios series developed specifically for our market has bombed. Despite the enhancements they have done all through their product lifecycle, the brand has not attracted many takers. In order to compete better in the lucrative small car market, Toyota is chalking out plans to work on new smaller cars.

It is already known that they are forming a new company in collaboration with Daihatsu which will produce small cost-effective cars for developing markets like ours. And for the first time, India-specific details related to the project have been revealed by a report on Economic Times.

According to ET, Toyota is planning to develop a small car in the A-segment and two cars in the B-segment – one MPV and a compact SUV. The pointers given to the team for India-specific products is to develop the safest and value for money cars. Akito Tachibana, who is the MD of Toyota Kirloskar has also instructed the team to have a ‘pure hybrid’ solution however, he said that the company will not prioritise volumes and instead intend to make better cars (than Maruti and other competitors).

He also declined to comment on the positioning and pricing of the products but it is expected that the new Toyota compact SUV will rival EcoSport, Brezza and Duster whereas the smaller car can be promoted as a worthy alternate to the hatchbacks in the region of WagonR and others. Launch of these products, however, is still some time away. But they may bring in the Corolla Hybrid towards the end of this year or early next year, Vios sedan and the premium Lexus brand to India.