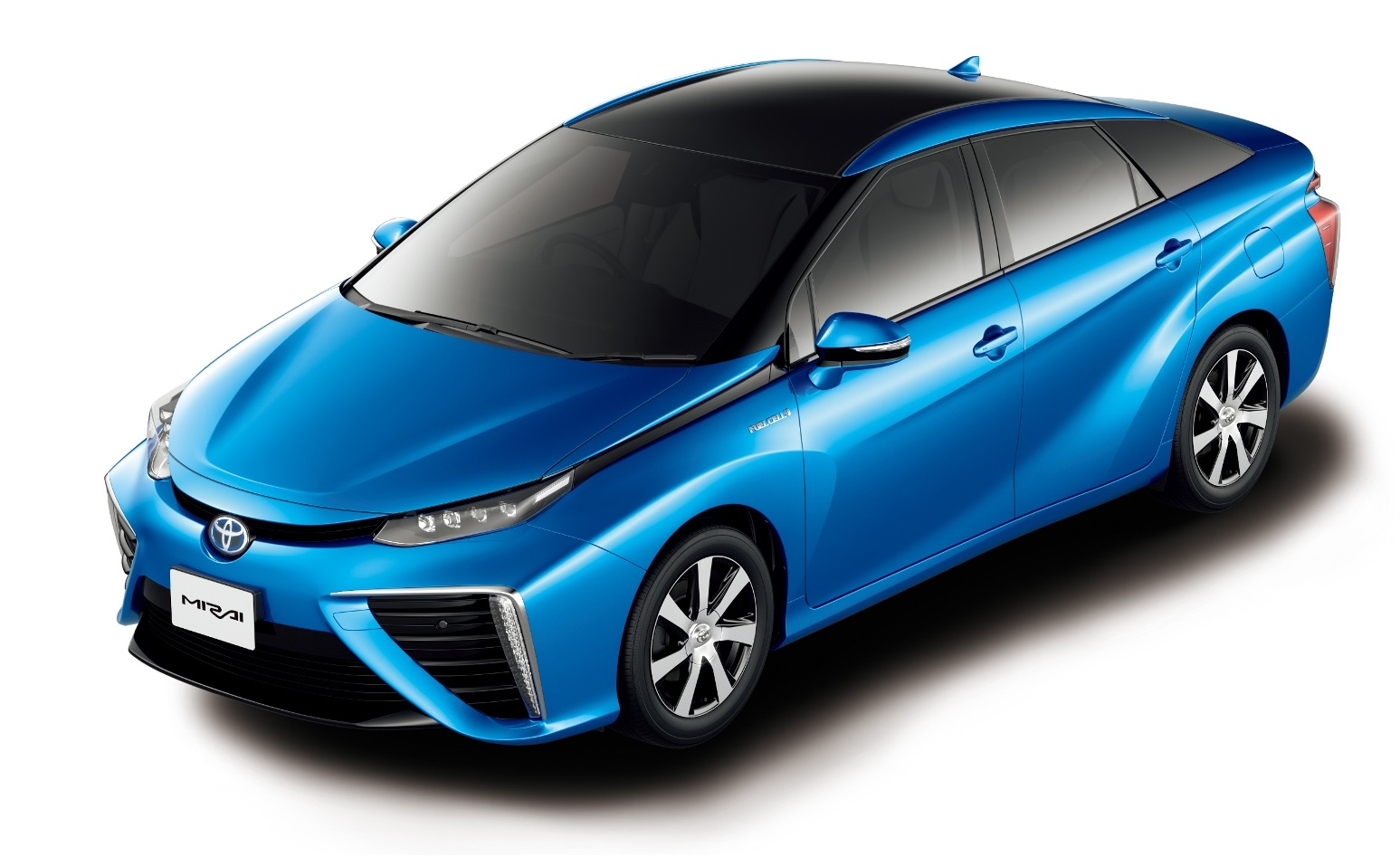 After ruling the hybrid car world, Toyota has unveiled its production ready fuel cell sedan christened Mirai. Carrying a price tag of 7,236,000 Japanese Yen (Rs 37.92 lakhs), Toyota’s parent country Japan will get it before it goes anywhere else. Sales will begin in the Nippon land on December 15, 2014.

Its fuel cell stack, powered by hydrogen is capable enough of churning out a peak power output of 154 PS and a maximum torque output of 335 Nm. If you think that these figures make it a real fast car, let us also tell you that Mirai has a kerb weight of 1,850 kg! It gets two tanks made of carbon fiber reinforced plastic, one in the front and one at the rear and has a combined storage capacity of 122.4 L.

As per the company the tank can be easily filled in 3 minutes in standard operating conditions. Range? Toyota claims that under normal driving conditions, the Mirai will have a range of 650 km! All this without an iota of pollution. Wonderful isn’t it?

The four seater sedan has a futuristic technology. Fuel Cell Vehicles use Hydrogen to produce electricity and run the car. Now this hydrogen can be generated using a wide range of natural resources and man-made products like sewage sludge. It can also be created from water using natural and no polluting energy sources like solar and wind power. When compressed, it has a higher energy density than batteries, and is relatively easy to store and transport, therefore it also carries expectations for a potential future use in power generation and a wide range of other applications.

Safety has also been given a top priority in the Mirai. Hydrogen is an extremely flammable gas and it has a long list of tech protecting it right from leakage to crashes. It has a Pre-collision System (with millimeter-wave radar) which helps in preventing collisions and hence damage through alerts and brake control if a high possibility of collision is detected.

After japan, the Mirai can be expected to be launched in the rest of the world towards the end of 2015 or early 2016.