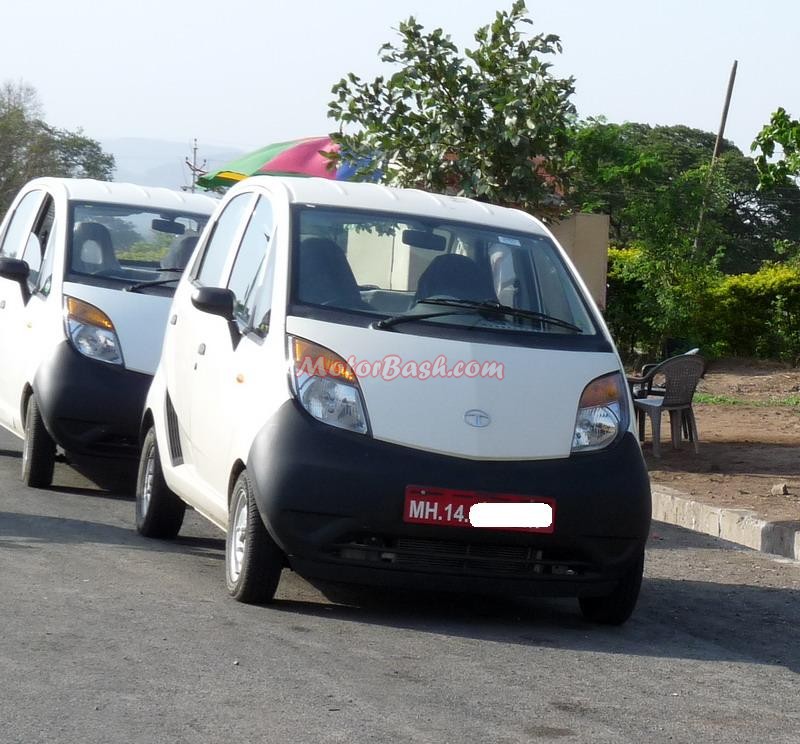 Well, for the last few days, since our exclusive catch of the diesel Nano’s, we have not talked about the existing petrol variant much. And here we catch 2 petrol variants testing in the outskirts of Pune. TATA has been busy preparing the correct sketch for Nano petrol on promoting and making it to its standard terms in terms of volumes but somehow volumes are not just coming in as much as it were predicted.

We have caught the petrol Nano’s doing mileage, load testing earlier as well. It is after a little lull we have caught the petrol version back on the roads, testing. These are two fresh test mules which TATA is preparing. While on the exteriors, there doesn’t seem to be anything which looks different but changes might be in the internals. 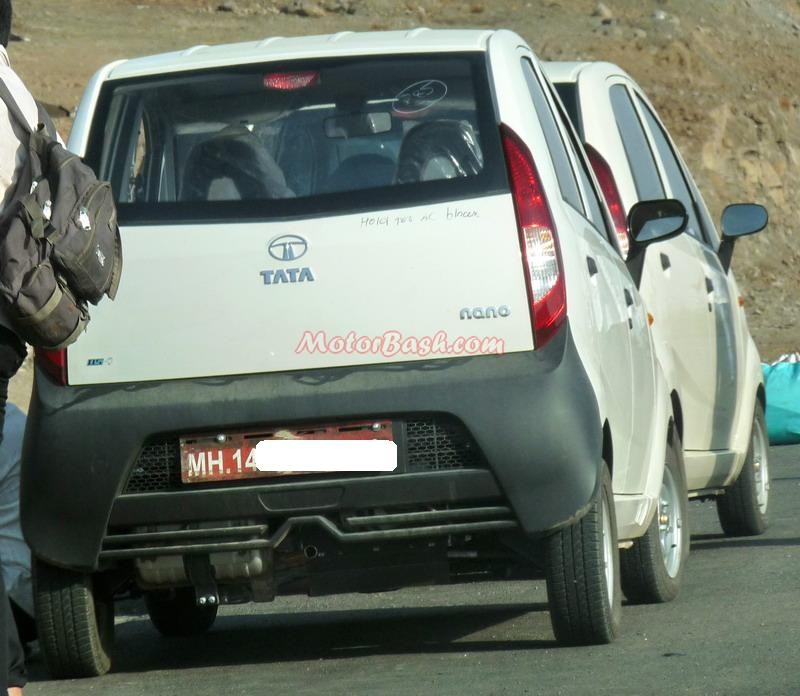 Huge possibilities  galore of what these could be. While on the future front a CNG variant from Nano is expected sooner. Speculations have been ripe for an automatic as well but that, as we see, might not be coming so soon. Or it could be possible that TATA might be testing the regular corrections of new features it would want to launch in the next upgrade of this car similar to what it did with the latest 2012 version of Nano. If you notice closely there is something written about AC Blower at the back of one car.

Have a look at the pics and if you could notice something do bring to our notice as well in the comments section below.

Meanwhile, there is also a news related to diesel Nano here, if you are interested in.