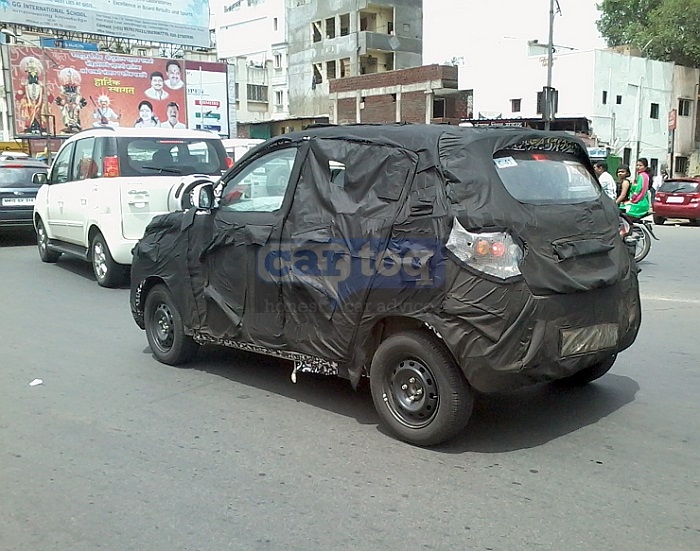 Mahindra’s upcoming compact SUV/Crossover S101 has, undoubtedly, created a lot of interest ever since its first news broke out. Ever since then there have been tons of spyshots from naroow lanes to wide highways.

The car was recently clicked by the guys at Cartoq.com and it has the Quanto in the frame as well. Though the pictures are not very comparably-clear, but we can definitely note that the S101 is shorter in height, has a sloping roof, more hatchback like dynamics and appears to be smaller as well. 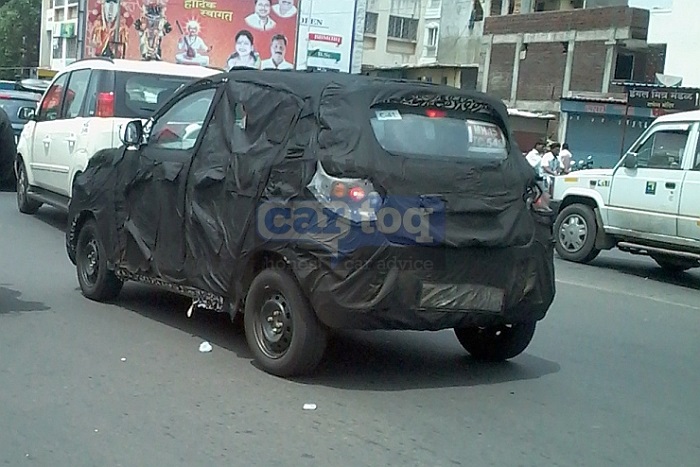 For all the good reasons, Mahindra has ditched the christmas-tree tail lamp assembly but the tail lamps you see on the S101 are still not the ones which the production car will get. However, going by the cutting on the veil, the tail lamp design appears to have borrowed some cues from the Swift.

The chubby little car might end up being modelled as a baby XUV500, just as the Quanto-Xylo relationship. The XUV inspired front grille and twin barrel headlamps (just like the XUV) give sufficient proof for this. Well, if Mahindra does indeed fashion the S101 after the XUV, it would have a very good chance of becoming a successful product. Akin to XUV, S101 is a new monocoque design and Mahindra may name it as XUV300! 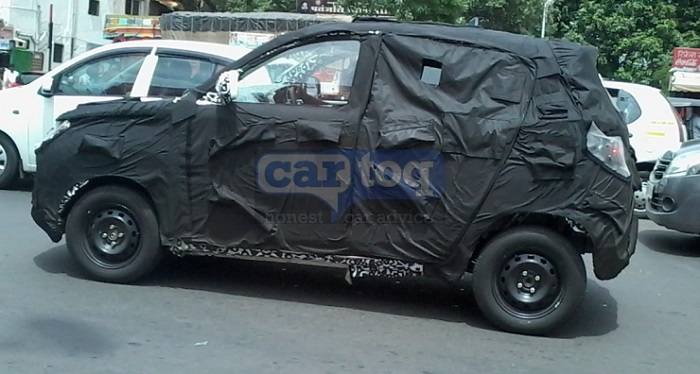 S101’s lower expected weight against Quanto will also be a big plus point, and hopefully Mahindra will put in a peppy engine to spruce up things. According to recent reports, S101 will get the under development three cylinder 1.2L petrol engine along with an unconfirmed diesel engine. Launch is scheduled for sometime next year.