The cat is out of the bag! Vitara Brezza has been completely revealed by images leaked by a Team BHP reader. And quite frankly the compact SUV doesn’t emerge as a disruptive design. Not that we expected something out of the ordinary but Maruti is playing way too safe with their designs – first the Baleno and now the Brezza!

Since the overall dimensions do not look extremely catchy, Maruti has endowed the Brezza with dual tone flashy color options to create an impact. And as we have been saying for so long, the disappointment comes when you showcase a wacky design (XA-Alpha) and after a gap of 4 years launch something which is not even remotely connected!

Dual tone colors, roof and ORVMs in contrasting shades – Brezza looks a far cry from the XA Alpha concept. In fact, it looks like a bigger version of the Altos, at least from the pics!

Maruti has tried to design the front fascia aggressively to make up for the overall dull body. It has been chiselled with the front skid plate making things look a little butch. The fog lamps integrated into the bumpers and projector headlamps keep up the ante and the squarish wheel arches complete the package.

Folks at Overdrive have also leaked an image of a part of a document which lists the variants and features. As has been the word earlier the Vitara Brezza seems to be powered by just the 1.3 liter DDIS diesel engine and will be available in 6 variants… 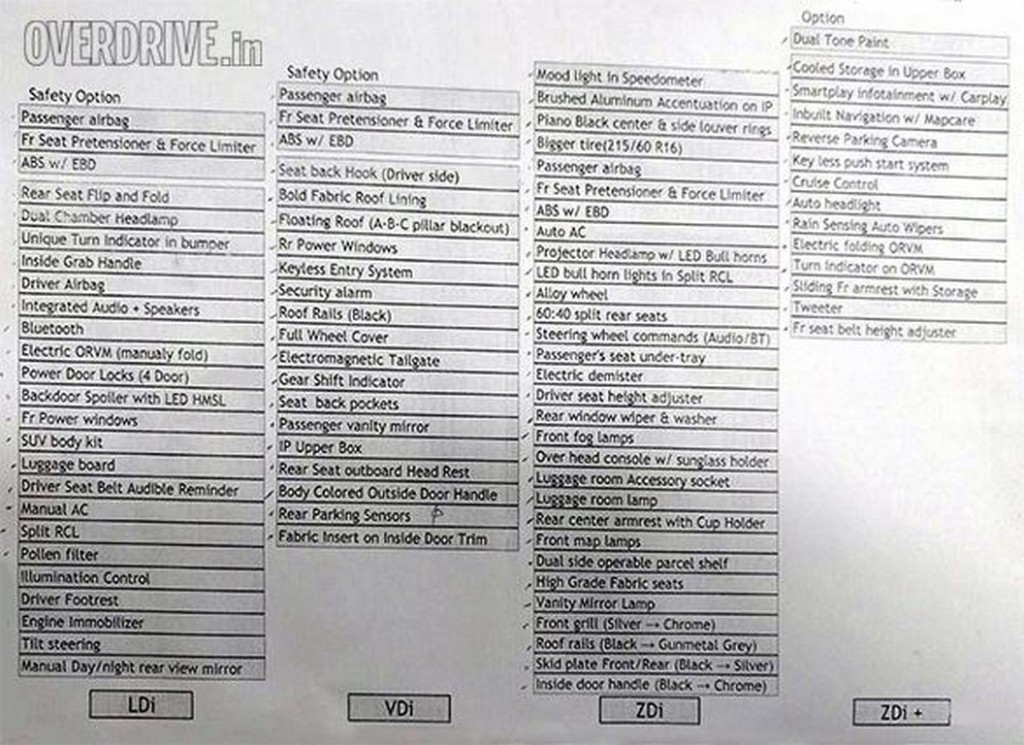 So, what do you think – will Maruti’s Brezza be a tough nut against the EcoSport? Launch is on the 3rd!