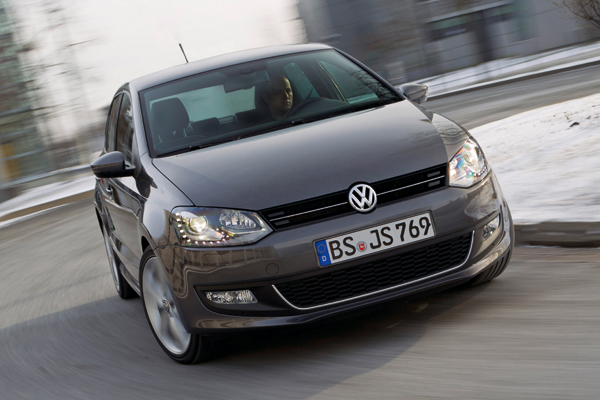 Good news for Polo lovers! We are expecting Volkswagen to come up with the ‘Upgraded’ Polo by the end of this year. The new Polo will come with some Major as well as with some Minor changes.

The software development team of VW has done some good work by upgrading the software that runs in the New Polo. From now on, it’ll automatically lock the doors at the speeds over 10 kmph and will unlock them when the key is removed from the ignition keyhole. It also locks the fuel tank lid at speeds over 5 kmph. The software informs about its actions with an audible beep sound. Though there’s nothing upsetting for the existing owners as VW will perform a Free-of-Cost software upgrade for all the Polo owners.

And here comes the major upgrade part:
Volkswagen is planning to introduce some costly technologies like Active Cylinder Technology (ACT) into the New Polo as well. This new version of Polo is to come up with the new 1.4 Litre TSI producing 140 PS of power featuring the ACT technology. Polo will be the first ever car that will have a 4-Cylinder Engine with the ACT technology. When the car will run on a smooth terrain with low load, the ACT system will automatically deactivate two of its four cylinders, improving fuel efficiency and low emissions. A warning light is there on the instrument cluster to keep the driver informed of this condition.

As we mentioned earlier, implementing the ACT technology is expensive. Hence, if Volkswagen India comes up with the ACT equipped Polo, which might cost around whooping 11 Lakhs! Too much for a hatch, eh? Don’t worry, the existing 1.2 Liter petrol, 1.6 Liter Petrol and 1.2 Liter Diesel engines will be there as it contributes much to the sales figures of VW India. So that’s definitely a sigh of relief, isn’t it?