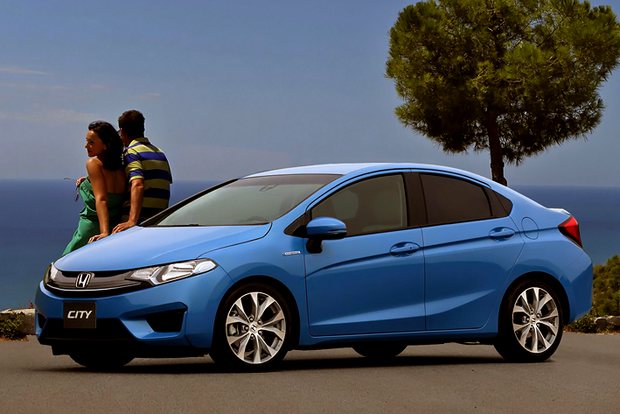 What you, by now, know that the Next-Gen Honda City will see its world premiere on the 25th of November 2013 in India. Now in a new development, a closed user group on Facebook ‘Indian Car Enthusiasts‘ (ICE) claims to have busted its official Indian launch date. 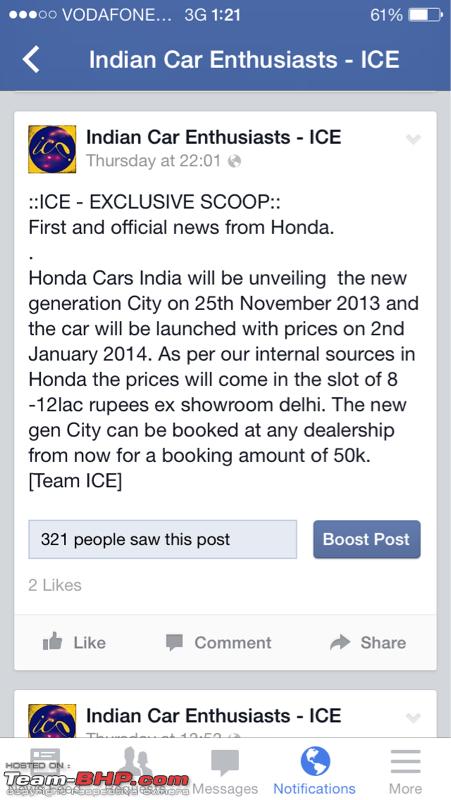 This has been under talks at Team-BHP. It is suggested that the commercial launch of the car will take place on the 2nd of January, 2014, barely after a month after its unveiling.

Team ICE has also claimed that they have a grasp of the pricing levels of the All-New Honda City. According to their internal sources in Honda, the new City will be floating between 8-12 lakhs INR (ex-Showroom Delhi).

And as we have already shared with you, they reiterate that the Next-Gen City can be booked at many Honda dealerships by paying a booking amount of somewhere around Rs 50,000. Though we are not absolutely sure on this launch date claim, but this fits the puzzle. Unveiling on 25th November, launch & price revealing on 2nd January and deliveries from January/February.

The next-Gen City has probably been the industry’s most-difficult-to-unearth secret ever. As of now, there have been no spyshots of the car undergoing testing on the Indian roads. There are no concrete leads to how the car will look like in its new avatar.

The hype is building more so considering the fact that it is a hugely anticipated car as it has been said that the next-Gen City will carry an option of a diesel powerplant for the first time. It will be a higher tuned version of the Amaze’s engine which will be equipped with a Variable Geometry Turbocharger (Amaze, on the other hand, comes with FGT) which means it will have an increase in power output from Amaze’s 100 hp. Various words going around speculate a power output in the range of 120hp and a torque output of around 220Nm.

Here are a few more salient features about the new City :

Honda has already curtailed the production of the current City. The dealerships aren’t taking any further bookings and whatever is being received now is the leftover stock with respective dealerships which is being sold at hefty discounts. The New-Gen Honda City could be the next-big thing for Honda after the Amaze.