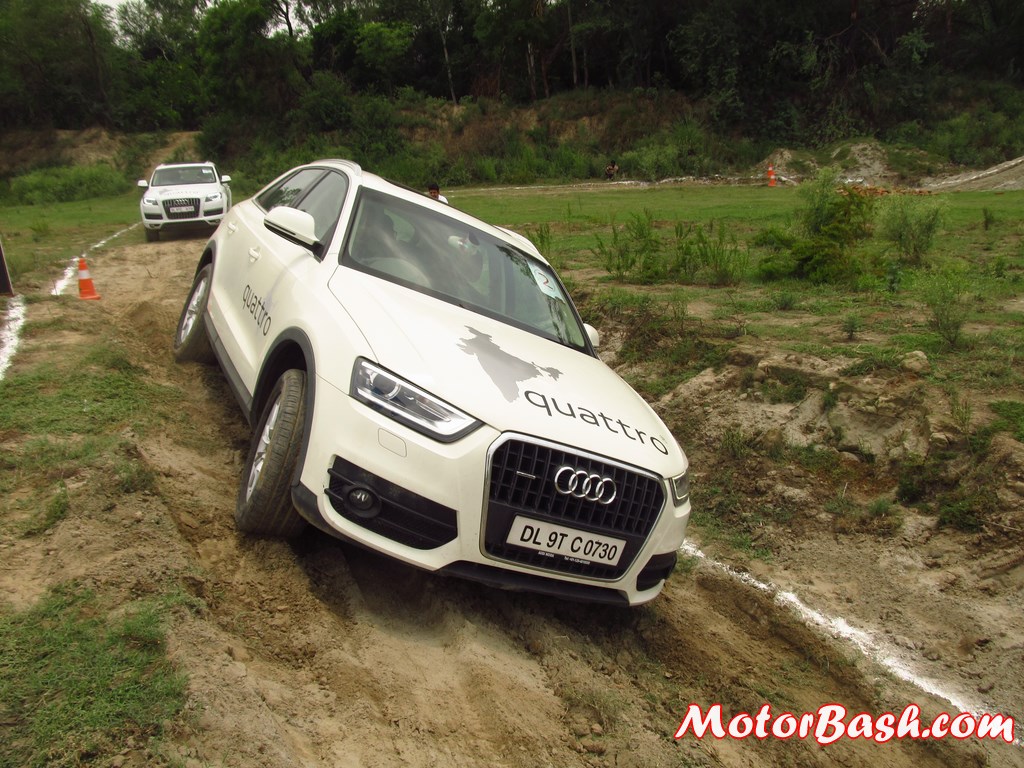 It was a Saturday well-spent for an off-roading enthusiast with Audi Noida and Audi Delhi West playing host to the ‘Q-Drive’ experience for us journalists and prospective customers in the first and latter halves of the day, respectively.

Audi Noida, the largest Audi Terminal in India, was chosen as the flag-off venue and after a short briefing the caravan of Audi SUVs headed towards our playground – an off-road track near Greater Noida. Yes, that means we got to stretch the legs of the Audi Q3s, Q5s, and Q7s on the Expressway too. 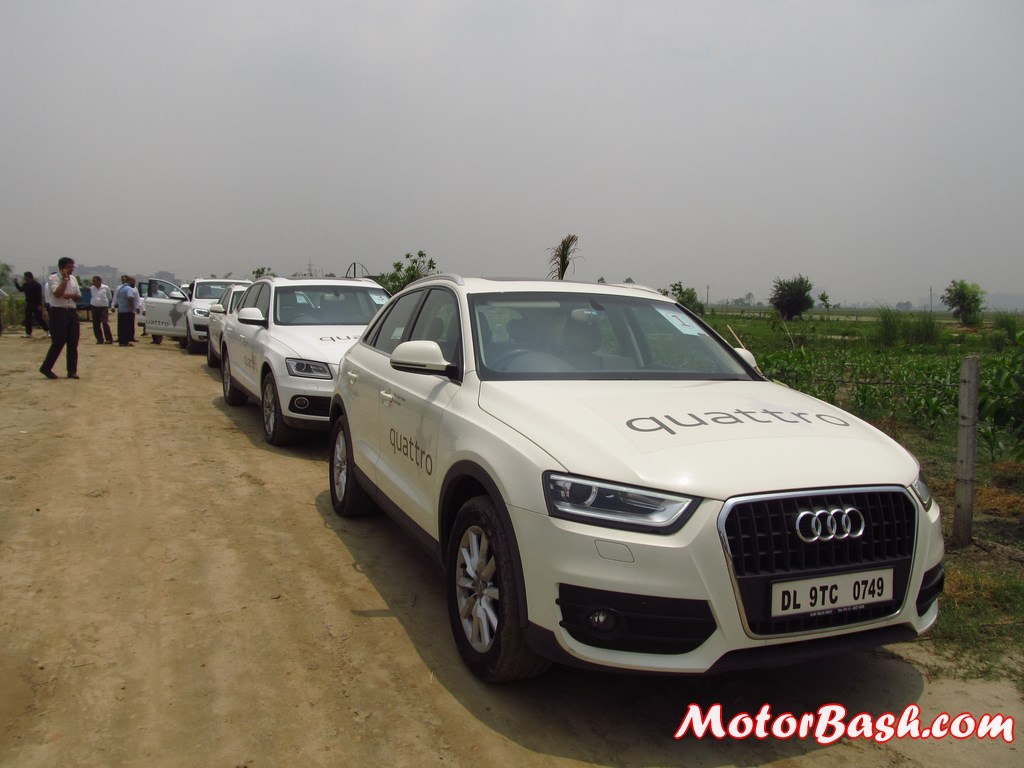 Branching off from tarmac onto one of the slip roads followed by a couple of U-turns suddenly had us treading along on a forest road. The Q3, which I was driving, felt just the right size for the narrow trail and it was fun piloting the compact SUV within those tight confines. 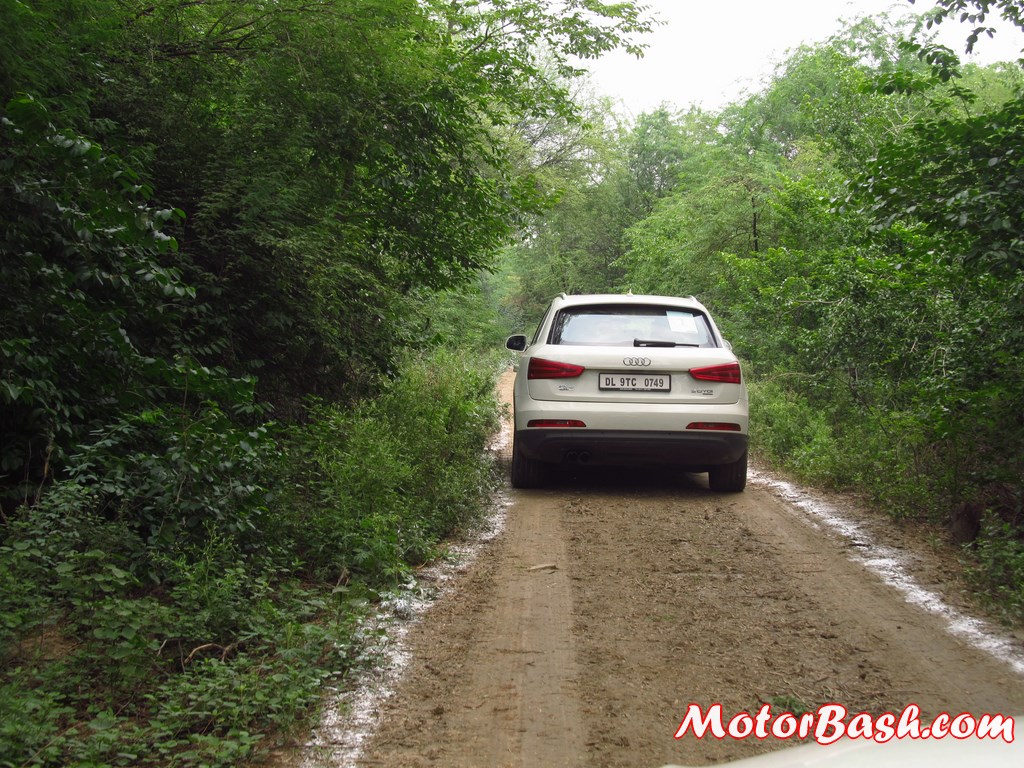 A quick stopover around a hut in the middle of nowhere, some refreshments and a photo-session by the official snapper later, with a huge Audi poster serving as the backdrop, we started again.

Within minutes we were greeted by the first signboard that read, ‘Activity – Descend, Ability – DSR’. That essentially meant that we had to negotiate a steep decline and Audi’s DSR (Driver Steering Recommendation) system will come to our help in keeping the metal side up. 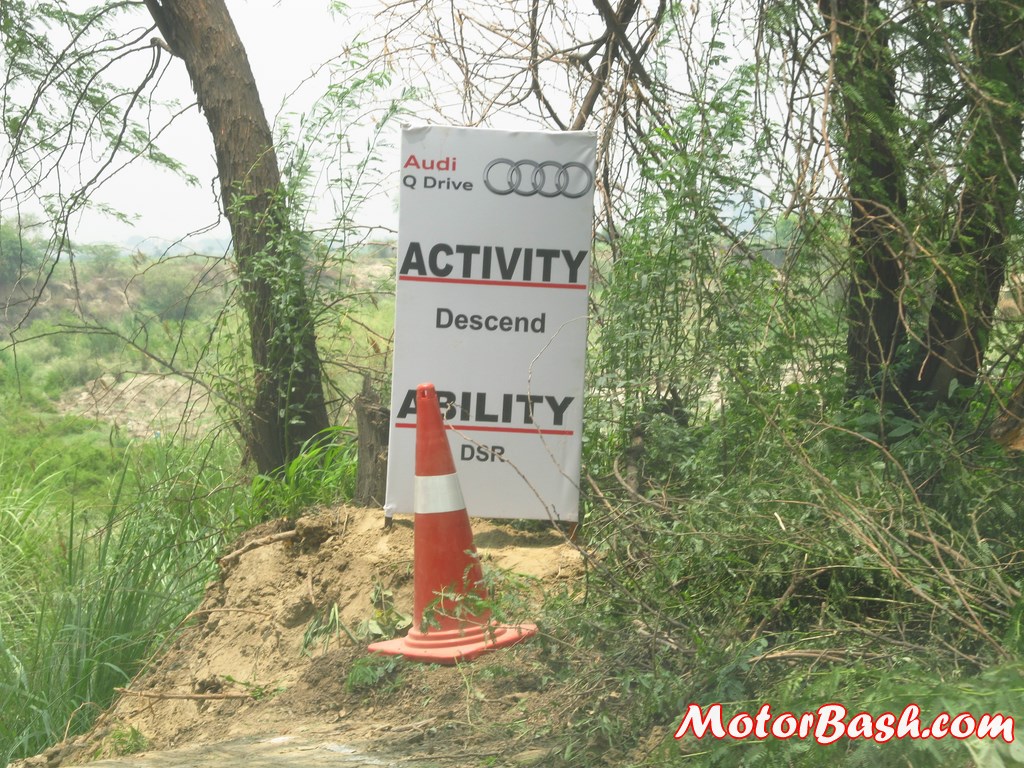 The system, supposedly, prompts the driver in the form of a slight judder movement to the steering wheel in the correct direction if the sensors detect that dreaded combo of ‘skid and incorrect wheel position’. Now, since I did not get any such prompt I would choose to revel in the belief that my off-roading skills are sublime, rather than digging out if the Q3 actually comes with the DSR system or it remains a feature exclusive to its bigger brethren, the Q5 and Q7. 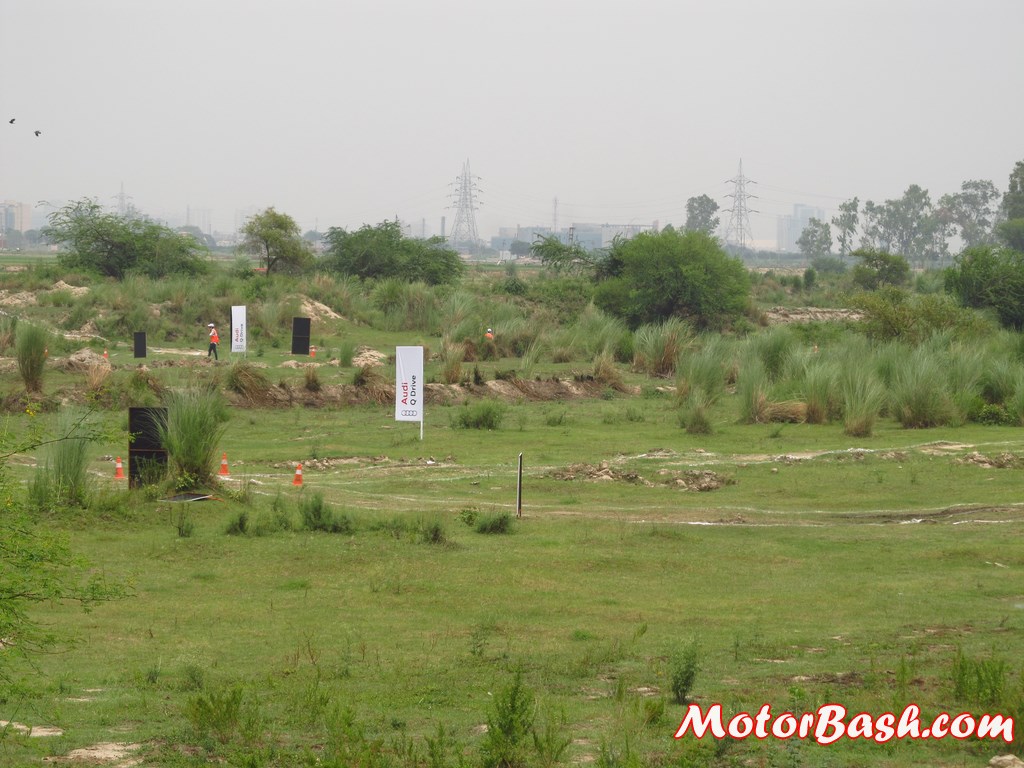 Q stands for Quattro in Audi speak and it was the ‘Articulation’ section that properly highlighted the might of Audi’s all-wheel drive system. With one of the four wheels in air at every time and the differentials quickly sending the torque to the wheels with the most traction, the articulation course was done away with in a jiffy. 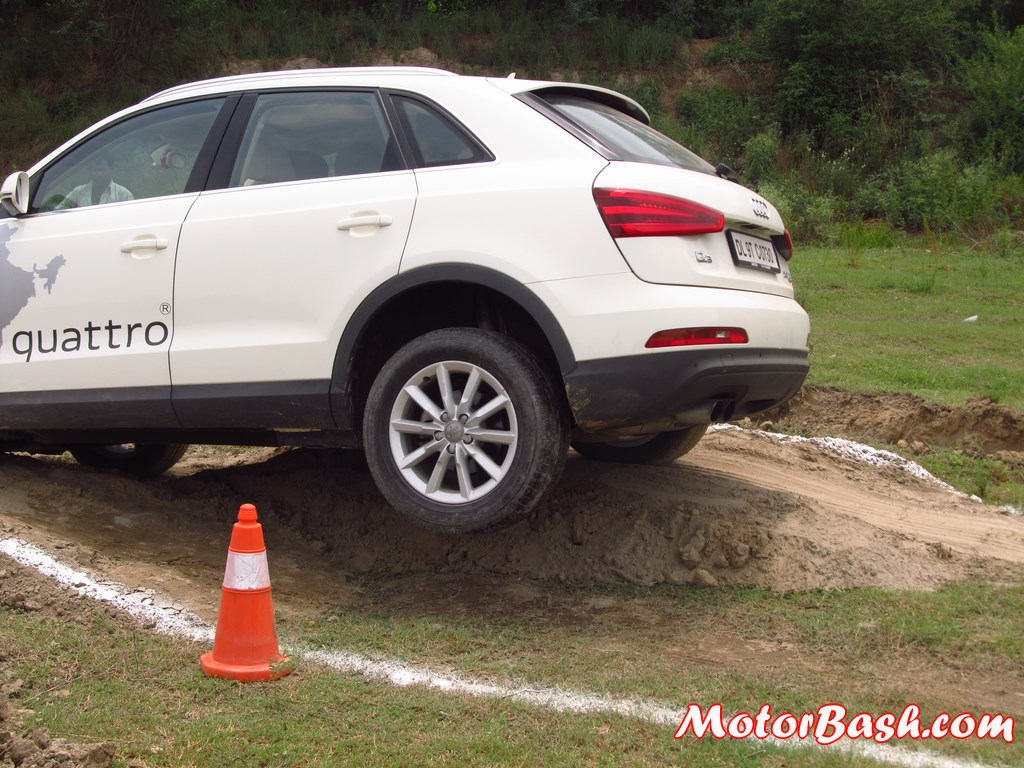 However, I still can’t fathom how one particular driver managed to get the Q7 stuck in this section. Later on, upon asking, I was told that she was driving barefoot as the heels of her footwear were making her uncomfortable… Nevertheless, it goes on to prove that it’s the person behind the wheel that matters, and it does not take much to get even the most capable of machines stuck. 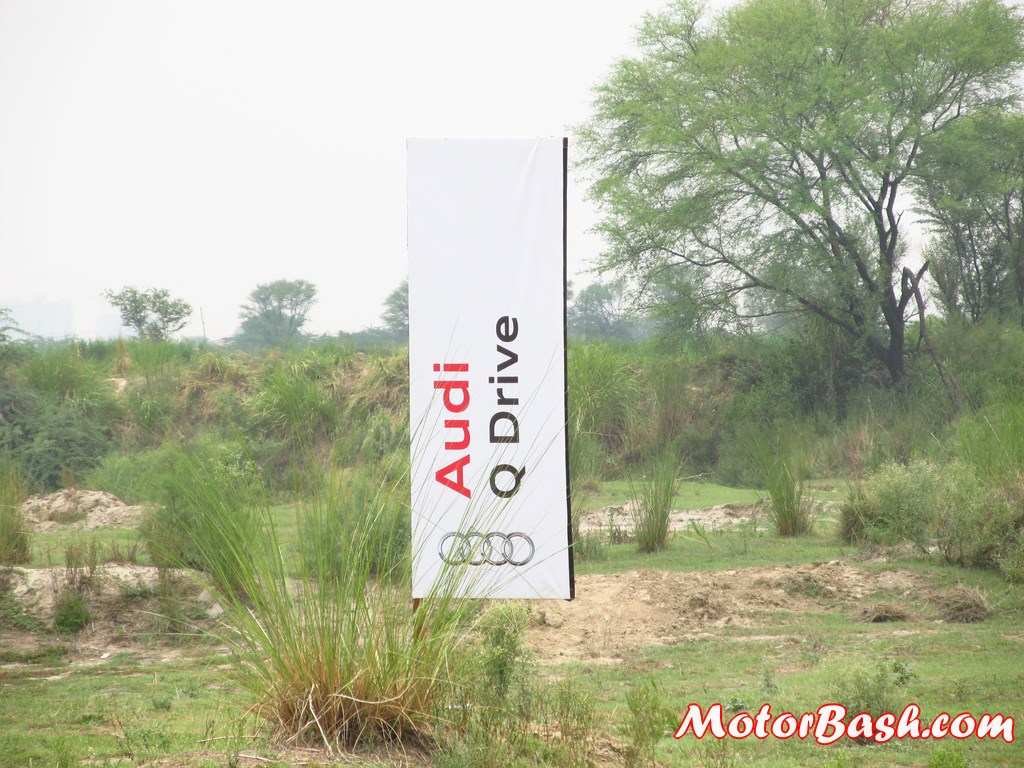 One of the best obstacles in the course was one that involved driving the SUV at a tilt angle of 38 degrees. It was meant to test the CG (Centre of Gravity) and all of us came away impressed! ‘Hill Climb’ was next and the signboard put up by officials said that it will allow us to gauge the torque of our SUVs on the incline and ‘Brake Assist’ on the decline. 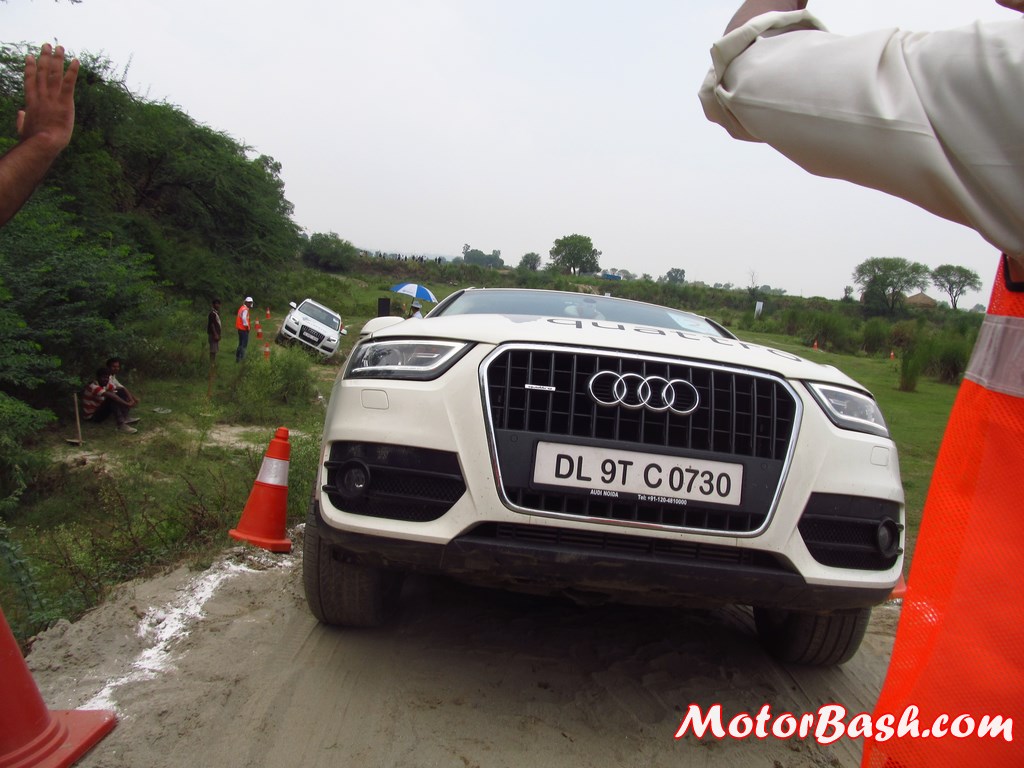 All the Qs that we were driving – the Q3, Q5, and Q7 – were diesels and we all know that all three of them churn out impressive torque at low rpm. Therefore, going up the incline was a cinch but I could not notice any assistance in braking on the way down. Ideally, while going downhill, especially on loose soil, with your foot OFF the throttle and brake pedals the electronic aids should stop the vehicle from gaining speed WITHOUT even momentarily locking the wheels. 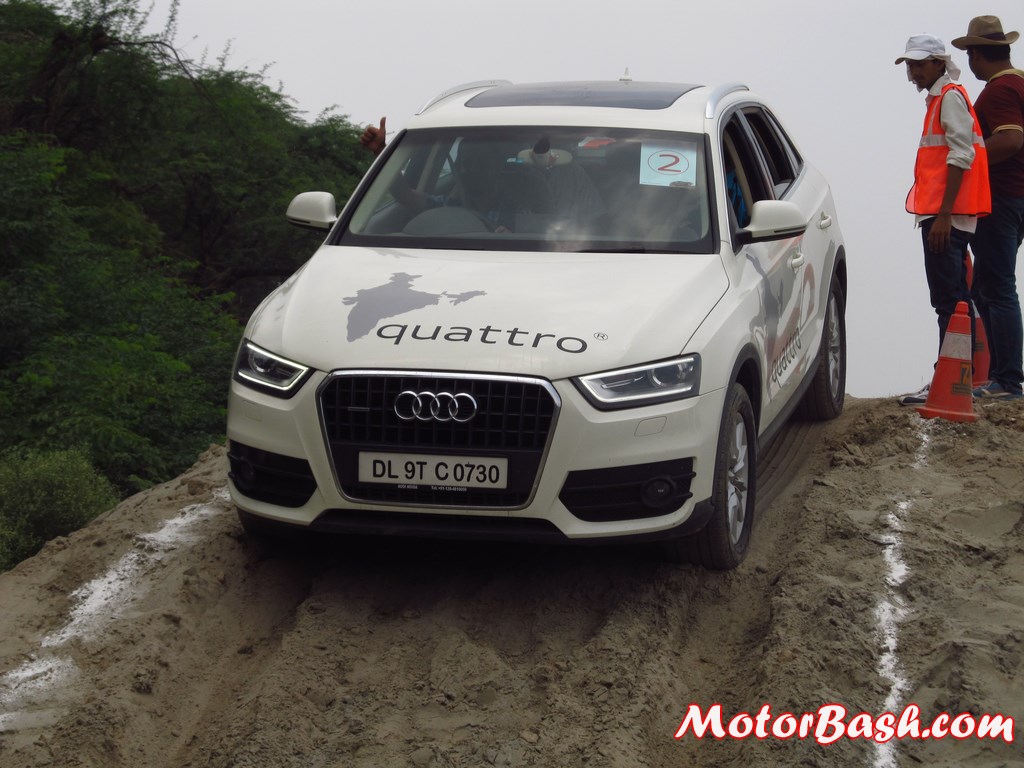 That did not happen and I had to apply brake pressure to avoid the front from getting hit at the end of the decline. Later on, I saw every Q5 and Q7 too locking the wheels on the decline – not a good sign. I understand that these are not hard-core mud-pluggers and won’t ever get stuck in the kind of terrain 98 percent of the owners will take them on to, but driver error notwithstanding, I expected the electronic-wizardry of the Q5 and Q7 to make it look effortless. 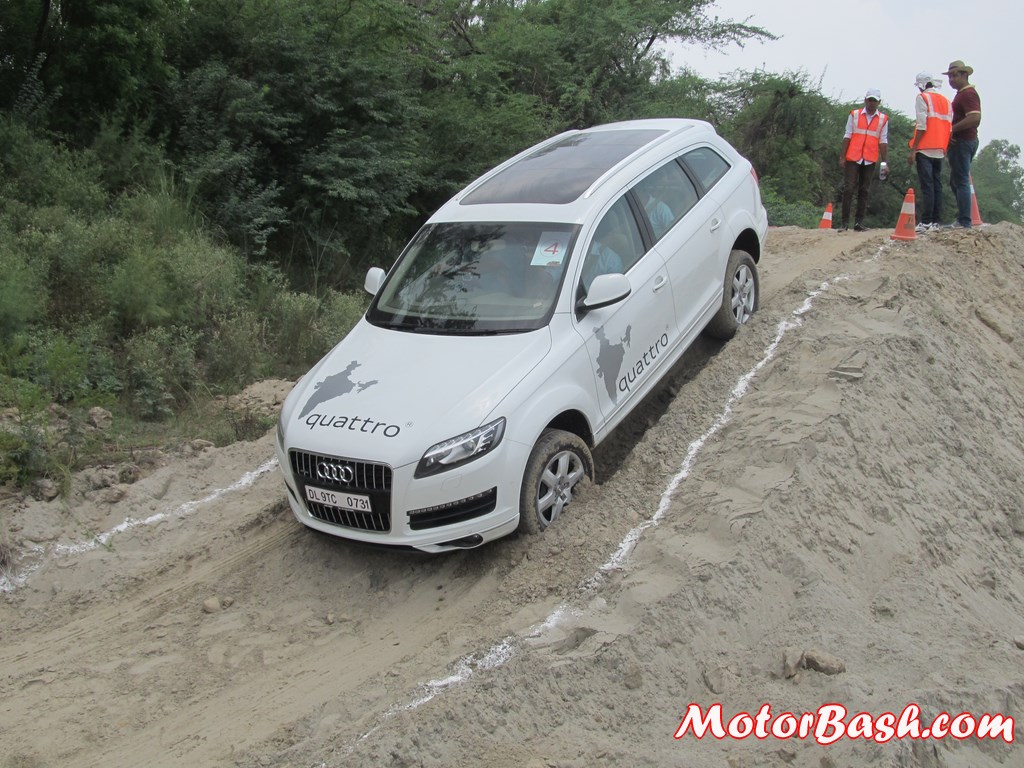 Perhaps, a hard-core off-road review will tell us, and our readers, more about the true nature of these leviathans but this is where things stand as of now. I have discounted the Q3 here as it comes with the least amount of electronic aids but is still much more capable off the road than its nearest competitor – the BMW X1. 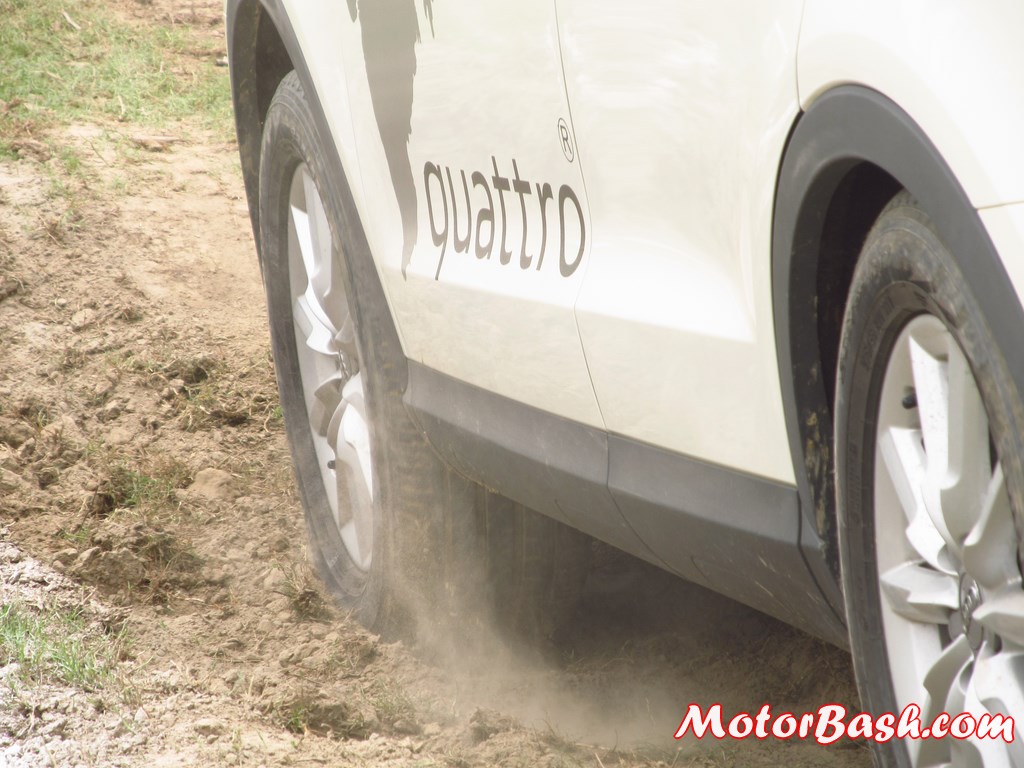 The organisers, in the pre-event briefing, should have used the opportunity to talk about the off-road features of the SUVs, deciphering the hand signals of the spotters (extremely important), and stuff like ‘selecting the correct driving mode via the MMI’, etc., as that would have brought out the best in the vehicles, among other things.

Also, the off-road track should have included a water-crossing – there are few regions in our country where one does not have to negotiate water-clogged roads and this is one obstacle that would have given us a good idea about the wading ability of these SUVs. 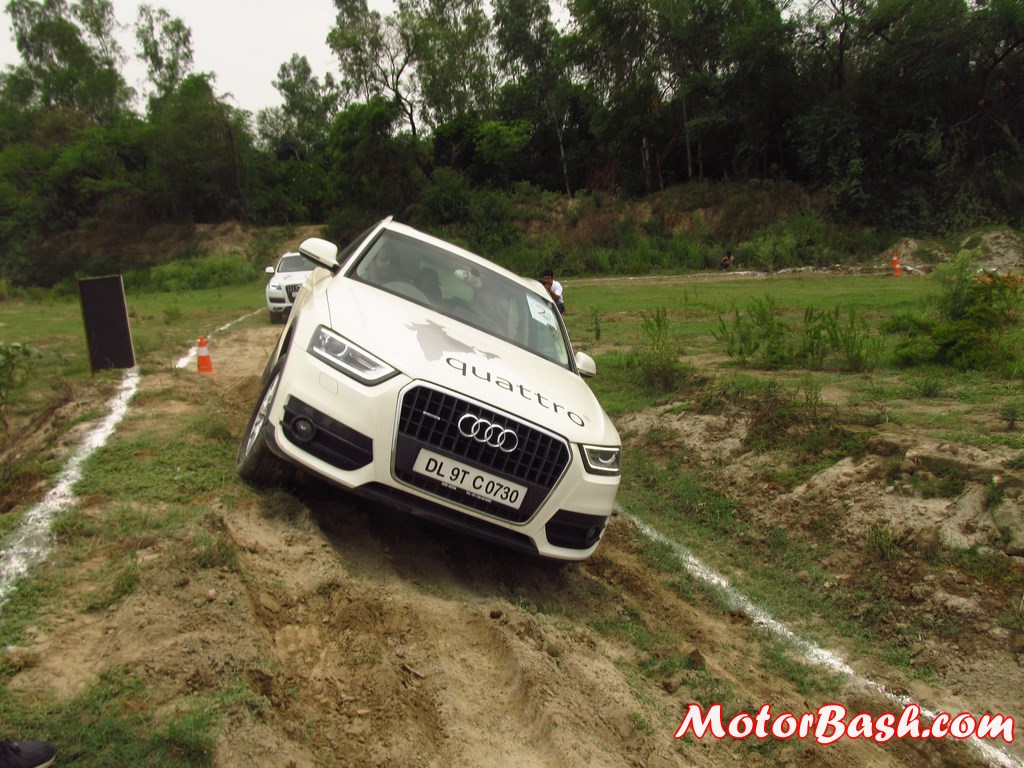 All said and done, this highly enjoyable Q-drive reiterated the advantages of Audi’s Quattro system. With the changes in surface of our roads being more abrupt than MPs changing parties, there is no denying the fact that you would be much safer in an all-wheel drive vehicle as compared to one that comes with front or rear wheel drive only. 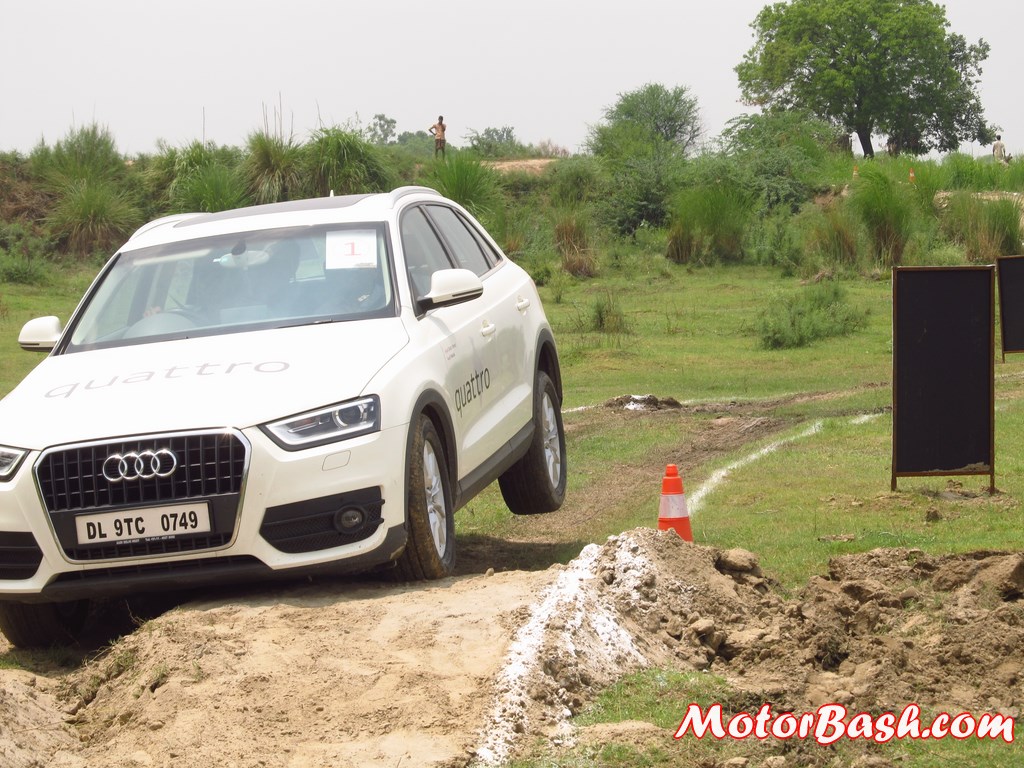 You can own a Quattro-equipped Audi SUV for a starting price of around 30 lakhs (base Q3) which goes all the way up to a crore or whereabouts for the fully-loaded Q7.