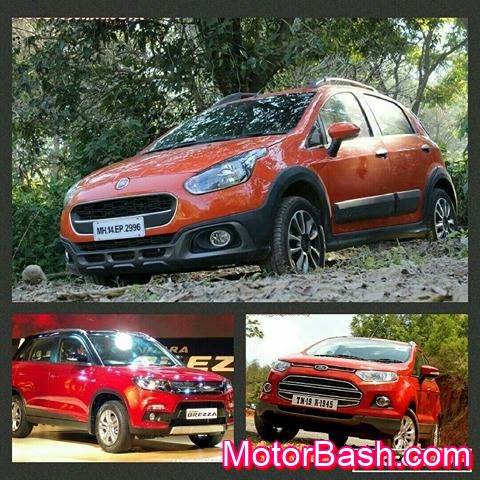 It’s not uncommon for us automotive writers to get queries on the lines of, “which is the best car under xx lakh rupees?” or “I want to buy a car for my daughter/sister/wife/son/mistress, etc.”, but this one was a first. Of course, I am referring to the query which this story is based upon – the best car under 10 lakh rupees for a newly married couple. A lot of random thoughts and images flashed by in my mind instantly upon seeing this query, but the one I can mention here would be that I had to restrain myself from suggesting a used Mazda Miata (good examples can be found in the 4-6 lakh rupee bracket) for pleasure drives and a brand new Wagon-R for the daily rumble in the concrete jungle. I’ll save that for my marriage perhaps (minus the Wagon-R, though)… The last sentence also means that I do not have any first-hand experience of being married. However, since I am acquainted with lots of newly married; happily divorced, and joyfully single people as well, I guess I can make a fair attempt at understanding the needs of the given demographic.

Considering that you got married to the one you wanted to, and vice versa, I am taking it for granted that it’s a happy, ‘vibrant’, setting.  Well, that is why you are ready to spend a million rupees on a car, right? Even otherwise, a nice car might just be able to put the love back into the equation. Therefore, your new car should not be a Plain Jane sedan or just another hatchback. So, the City, Elite i20, etc., are out. What you need then is, well, something different; something that stands heads and shoulders above these ‘regular’ body styles, but not something that looks like a bad silicone job. The Mahindras are out then too. 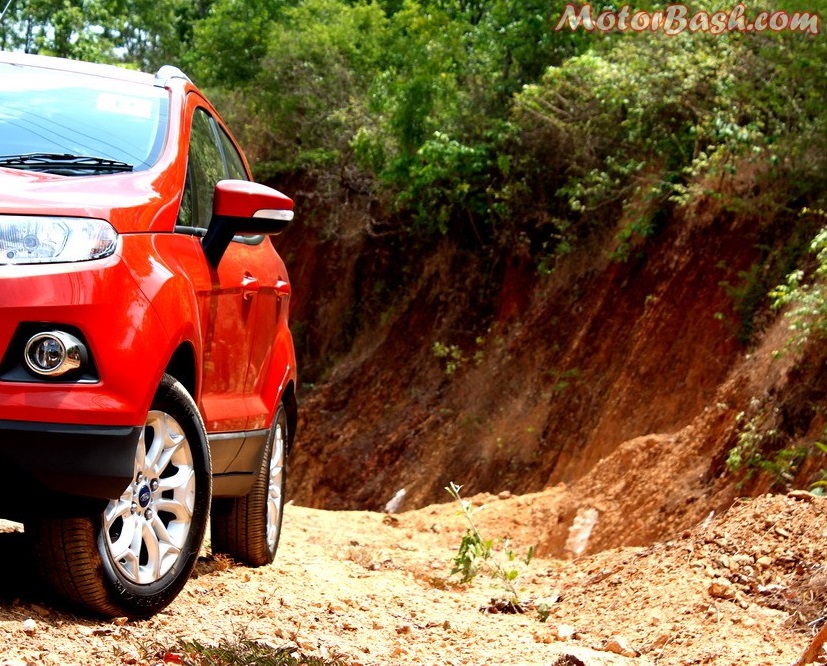 Your car should make you feel good even before you start driving it. Something that would compel you to turn back and look at it while walking away… or after handing it over to the valet. Something that brings a smile on your face when you look at it from your balcony, enjoying a cup of coffee with your better half…

And I see only three vehicles capable of doing that at the moment: Fiat Avventura, Ford EcoSport, and Maruti Suzuki Brezza.

The Italian looks the best here, while both the American and the Indo-Jap deserve a joint second place in the show department. That actually says a lot about both the Avventura and the EcoSport, as these vehicles have been around for many years now, whereas the Brezza has just broken cover. But don’t you worry, as this is not a comparo where I’ll keep you in suspense till the end and then declare a winner. In fact, there are tons of such comparison tests already available online, and since you are reading this, I take it that those comparos, despite the testers’ best efforts, have left you wanting for more… 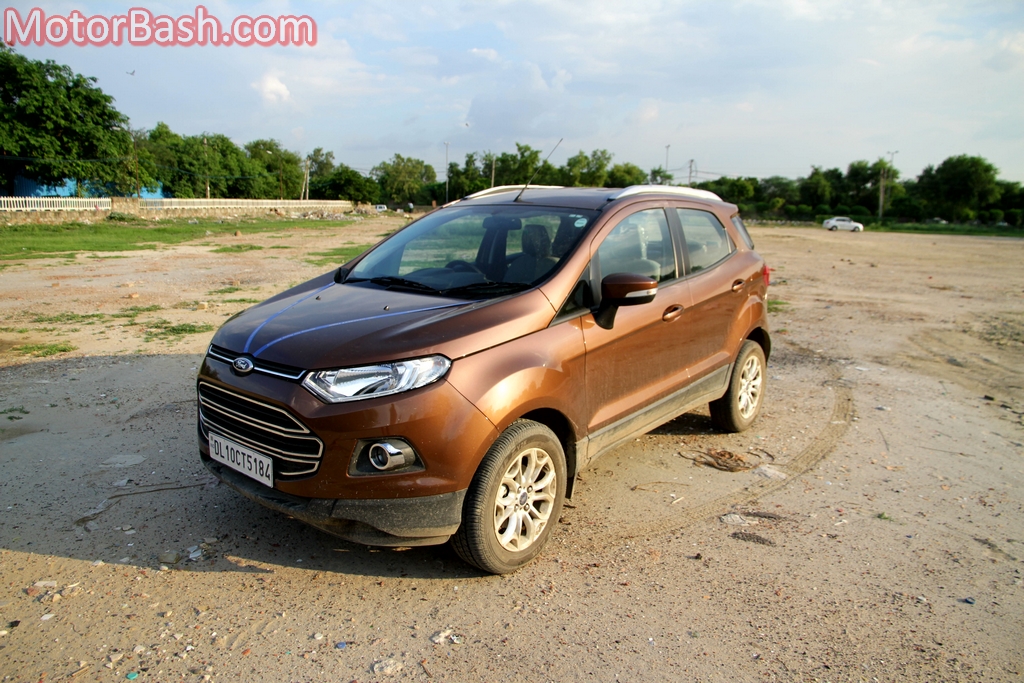 So, if whatever I have said until now, or even a part of it, strikes a chord with you, I suggest you straightaway go and buy the Ford EcoSport Automatic (INR 9.61 lakh, ex-Delhi), period. It comes only in top-end Titanium trim (and only with a petrol engine) so don’t even let the salesperson confuse you with other engine options and trim levels. Okay, I’ll briefly tell you about all. The EcoSport comes with three engine options – two petrol and a diesel – and three to four trims per variant taking the total number of available models to 12! Again, forget everything else, as the automatic variant is available in just one trim, and that’s the one you’ll buy. I’ll tell you why. 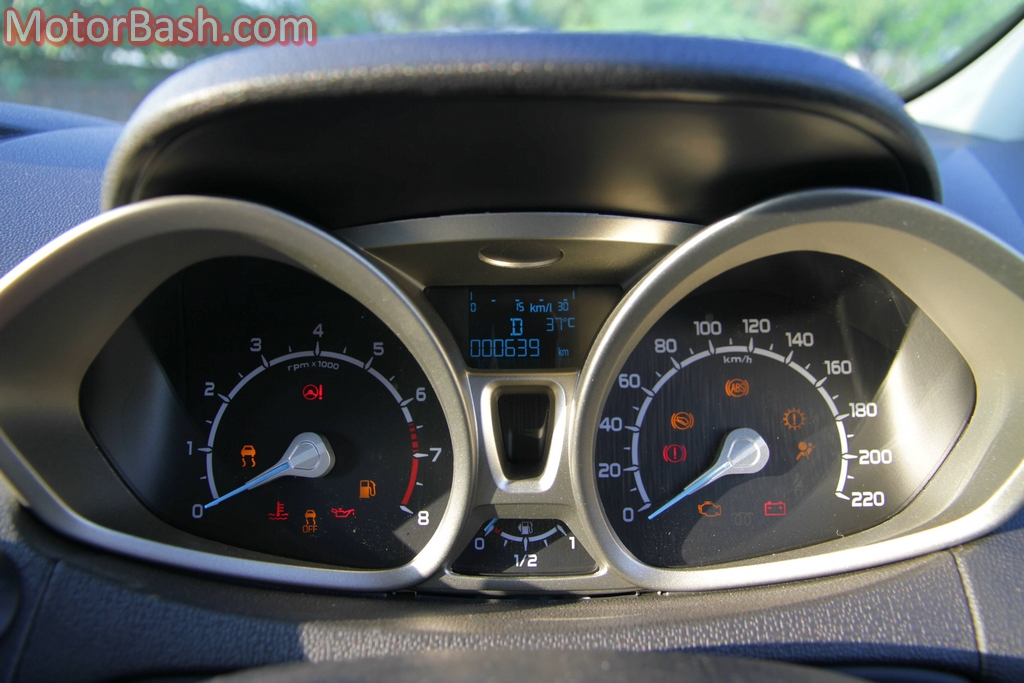 I’ll start with the biggest reason – SAFETY. At a time, when a behemoth like the Mahindra Scorpio gets a zero in NCAP crash tests, the EcoSport quietly stands tall with a 4-star NCAP rating, and it had received that way back in 2013, unlike some manufacturers (like VW) who finally woke up after getting a zero in the test initially. I must also tell you here that though Fiat’s Grande Punto got a 5-star NCAP rating way back in 2005, the Avventura still needs to be put through the crash-test rigours, and until that happens I can’t really recommend it over a product that has the best-in-segment rating as of now. 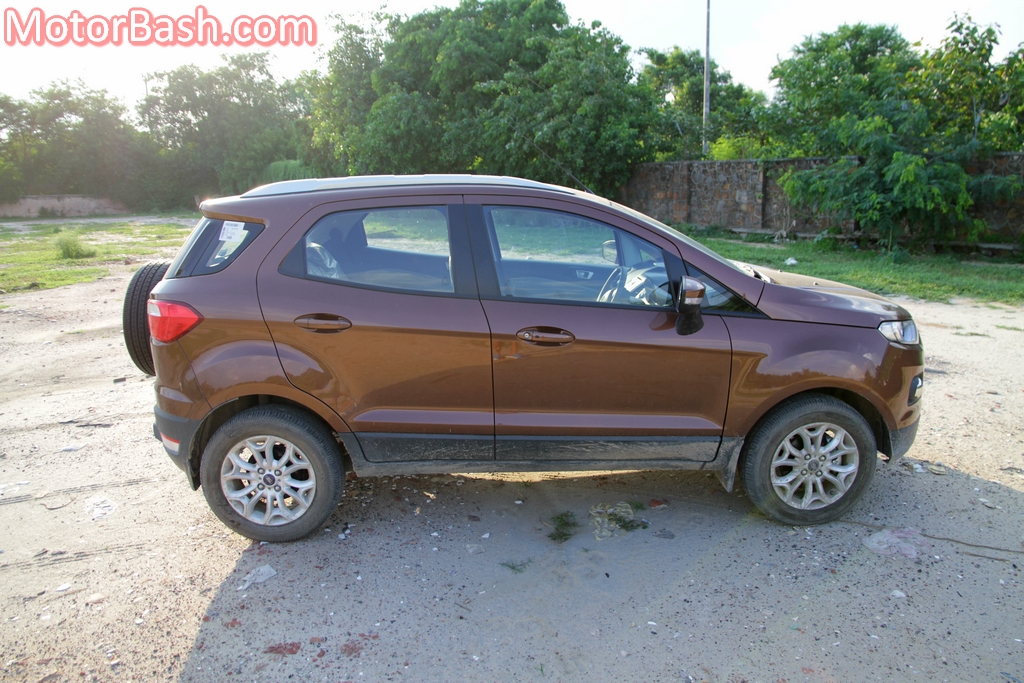 Moreover, among all the variants of the EcoSport, it’s ONLY THE AUTOMATIC that comes with Emergency Brake Assist (EBA), Electronic Stability Control (ESC), Traction Control System (TCS), and Hill Launch Assist (HLA) in addition to Antilock Braking System (ABS), Electronic Brake-force Distribution (EBD), and six airbags, among other active and passive safety features. Crux is, you and your better half would be the safest in this car. Also, the presence of ISOFIX (child seat fixing points) will come in quite handy as and when you both add a third member to your family. 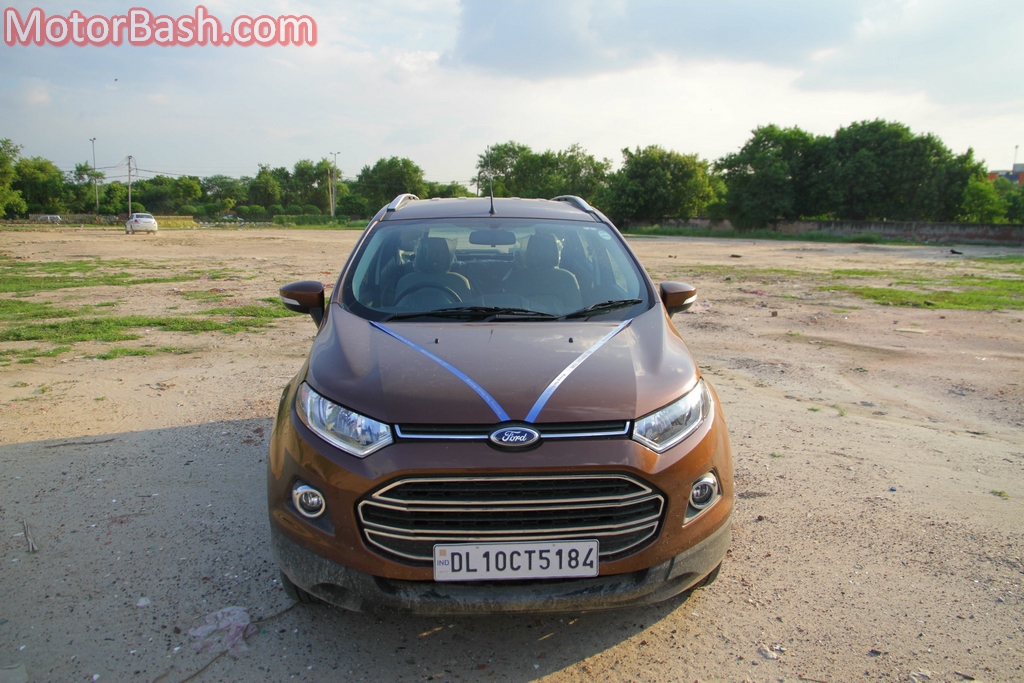 And no, you don’t really need a diesel car, unless your annual usage averages to around 100 km and above per day. Even then, with the ever-narrowing gap in petrol and diesel prices, I don’t think that it would be a wise economic decision to buy a diesel. But, if you are a couple who would use the vehicle for around 50 km on weekdays, with, say, three to four road trips / weekend getaways in a year, look no further than a petrol car. And you don’t have to take my word for it; just a little bit of math would suffice to burst your diesel bubble. Let me know if you can’t; I shall take pleasure in doing it for you in my next article. Still, with an ARAI fuel efficiency figure of around 16 km/l, the EcoSport Automatic won’t be burning a hole in your pocket. And, for a newly married couple, you should not be acting miserly anyway; your focus should be on having the maximum amount of fun and in deriving pleasure from your, er, newly bought machine. 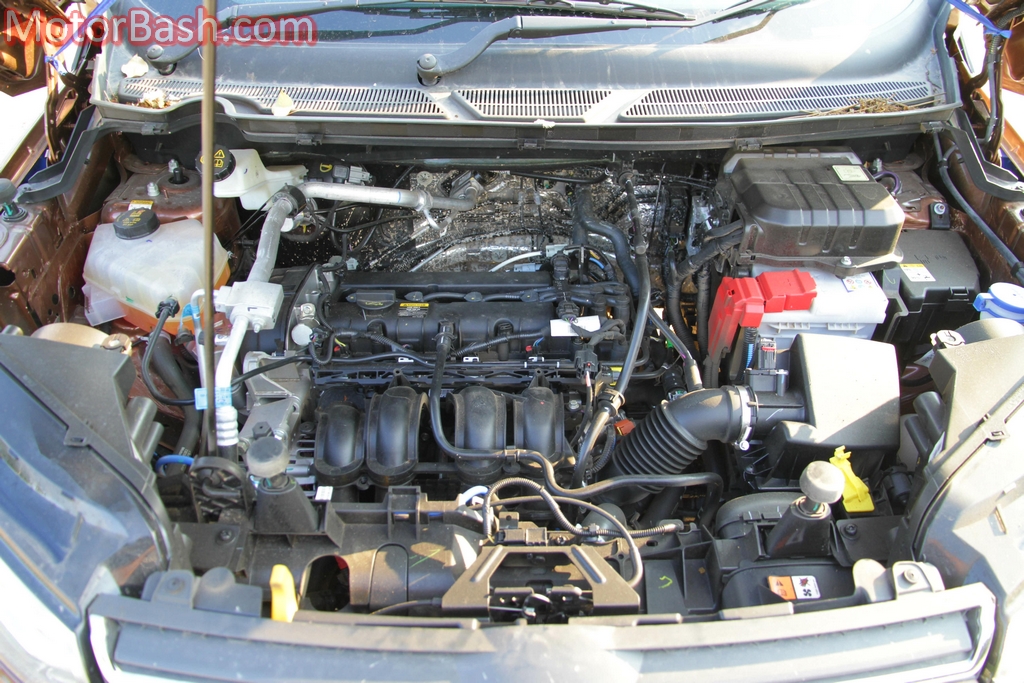 And that’s something guaranteed with the 112 PS petrol motor in this EcoSport. Yes, it is not as quick as the 125 PS, 1.0-litre EcoBoost petrol engine, but it’s good fun nevertheless. Also, the EcoBoost variant comes only with a manual gearbox and, as I had mentioned earlier, some of the crucial safety gizmos are missing from it. Anyway, the dual-clutch six-speed gearbox in the EcoSport Automatic offers a Sport mode (in addition to the normal D – for Drive – mode). 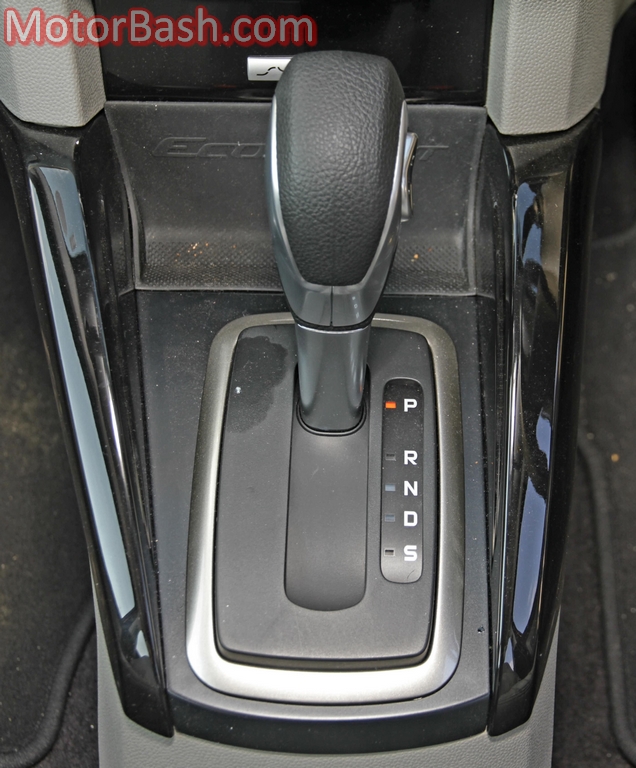 You can either leave the car in the Sport mode or choose to change the gears manually via toggle buttons on the gear lever, but the former is good enough to make you feel content whenever you’re in the mood to play. The EcoSport is also more powerful than both the Brezza (which only comes as a diesel as of now) and the Avventura. Of course, the Avventura “Abarth” is in a different league altogether, but so is its sticker price…The EcoSport’s ride and handling is typical Ford (read ‘fantastic’) while its 200 mm ground clearance ensures that you also won’t hesitate in taking the road less travelled… 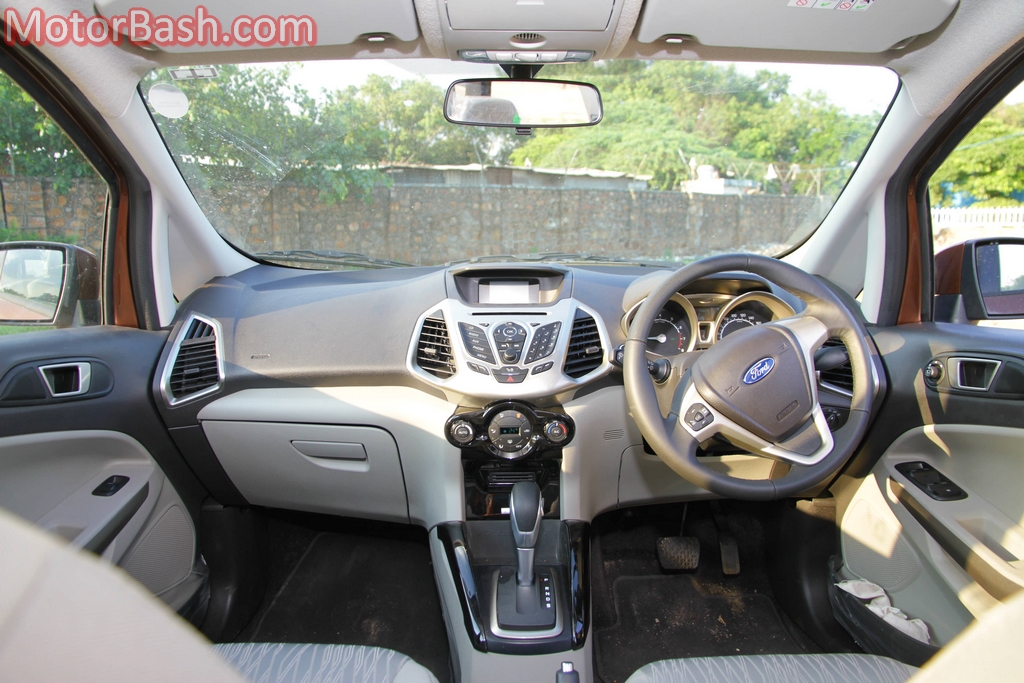 When you do that, you require a lot of supplies, but fret not as the EcoSport’s cabin still remains the best in terms of overall space management. I can’t think of any other vehicle, especially in this segment, that comes with nine bottle/cup holders! Then there is the cooled glovebox that will keep your wife’s favourite dark chocolates from melting in Indian summers. In fact, there are so many stowage spaces that at no point you’ll find her hands unnecessarily busy holding something that she shouldn’t (bottles, wallet, phone, etc.)… That, together with the automatic transmission, allows you both to hold hands… Though we would really recommend you concentrate on the road, please. 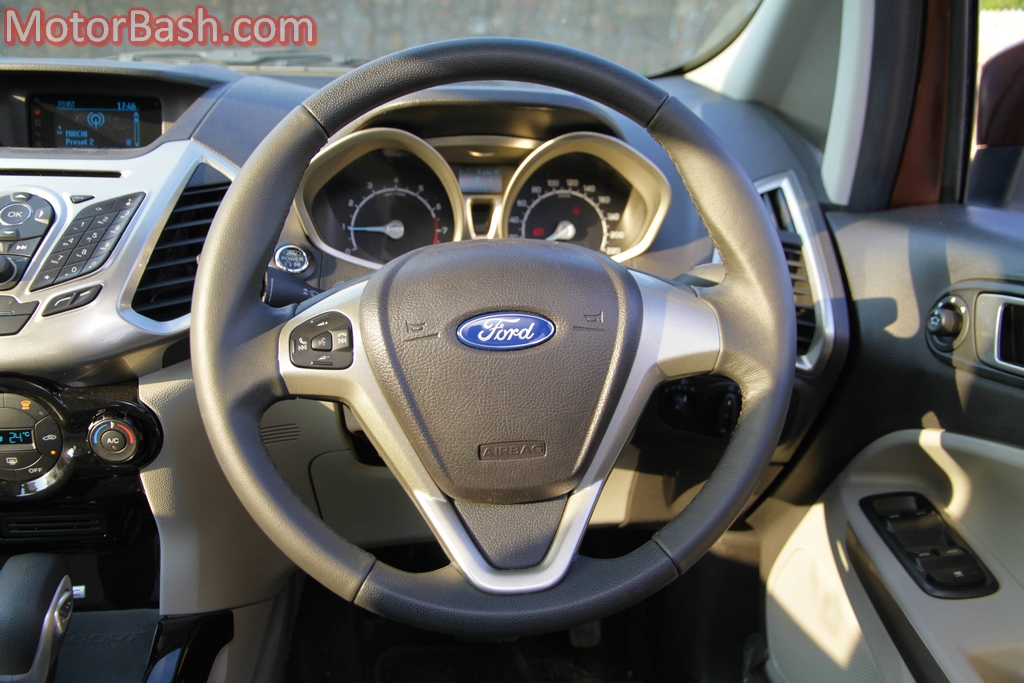 Equipment-wise too, the EcoSport still remains the best in segment providing the most bang for your buck, thereby ensuring that the missus always sees you in high regard as a decision maker. You may check the manufacturer website and spare me the trouble of listing down the entire list of goodies you get in this one. 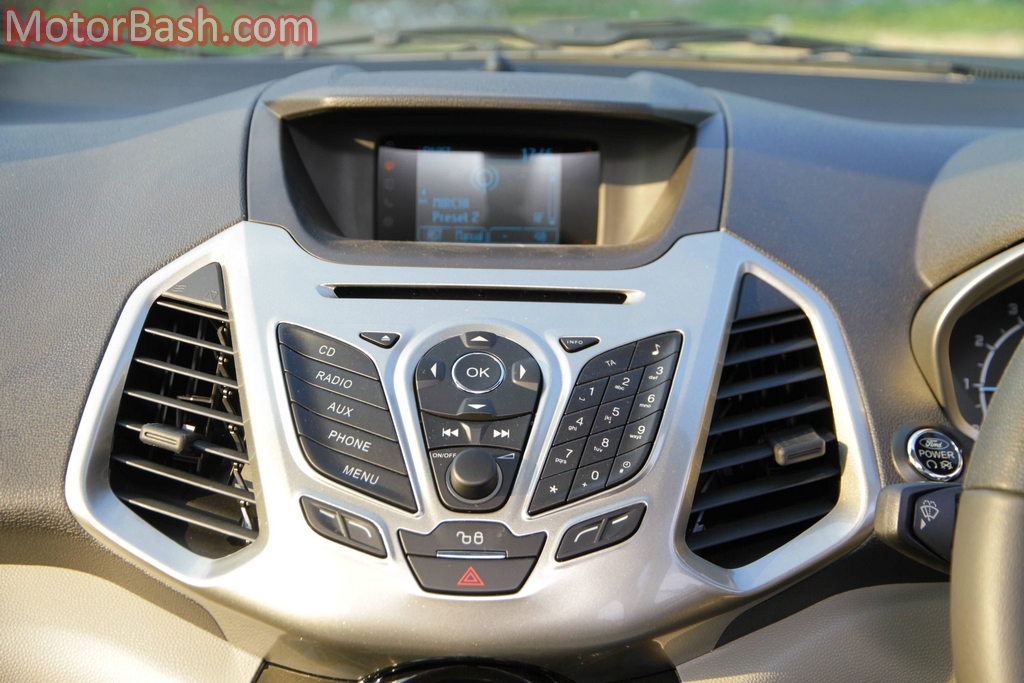 Okay, I’ll still list a few: push-button start, climate control, adjustable steering wheel (for both reach and rake!), height adjustable driver seat, CD/MP3/Radio player with Aux In and USB connectivity, rear parking sensors, SYNC (a hands-free, voice activated feature that not only allows you to change music tracks, etc., without making you take your eyes off the road, but would also automatically call the emergency operator in the unfortunate event of an accident where the occupants are unable to dial the number by themselves), etc. 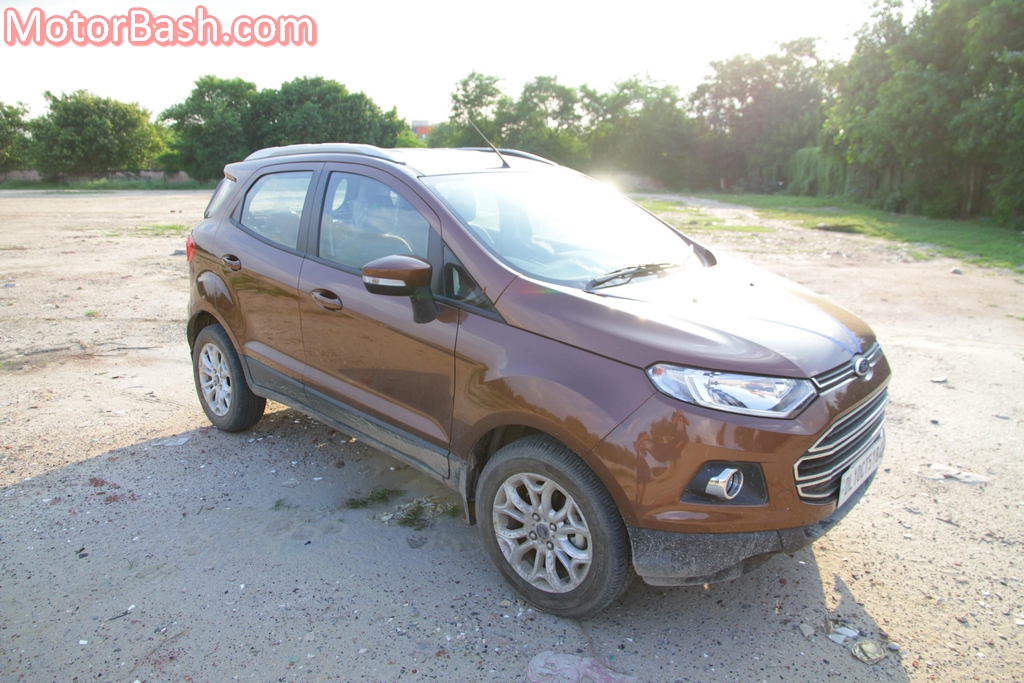 If you are on good terms with your in-laws, taking them for a spin in the EcoSport will let you remain in their good books, thanks to the comfortable seats, and the brilliant amount of knee room on offer – 75 mm more than that available in the Renault Duster! 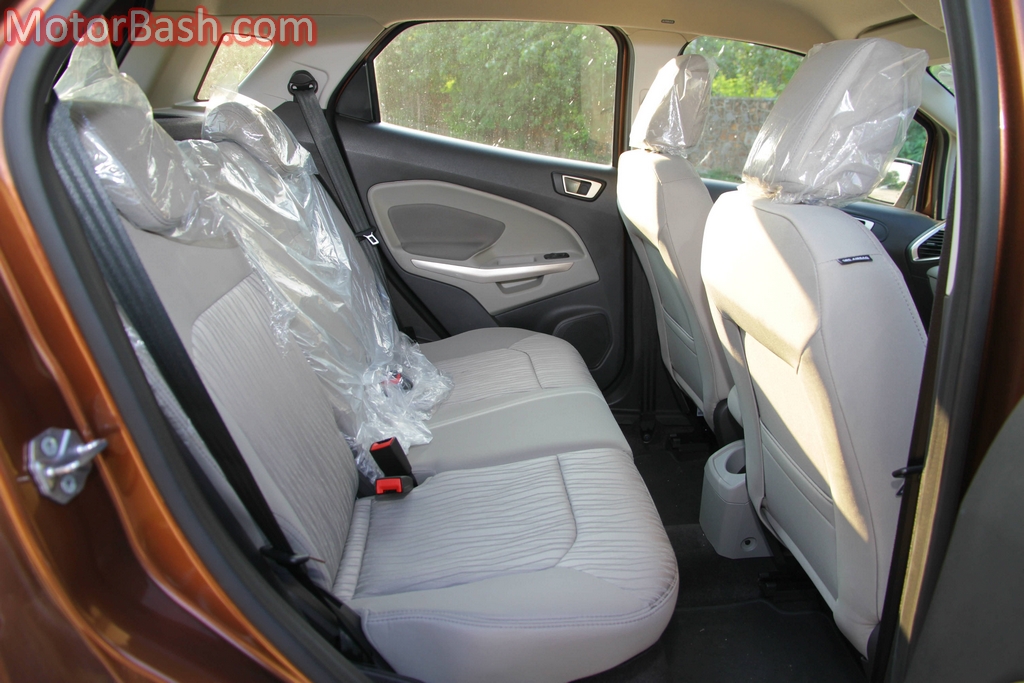 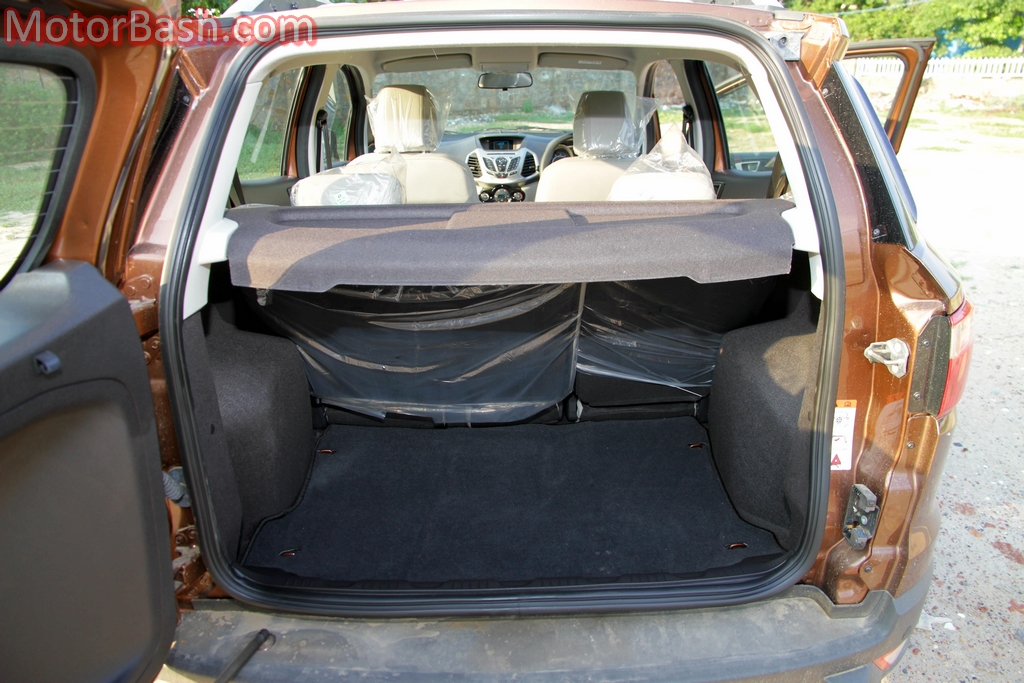 The boot space at 346 litres is better than the Brezza’s, which provides 328 litres of storage space. And if the newly-weds still need more space for luggage (for example, while moving house at the 11th hour), the rear seats can split 60:40 and even the roof rails come with mounts to hold a roof box. Sounds comforting? Yes indeed! 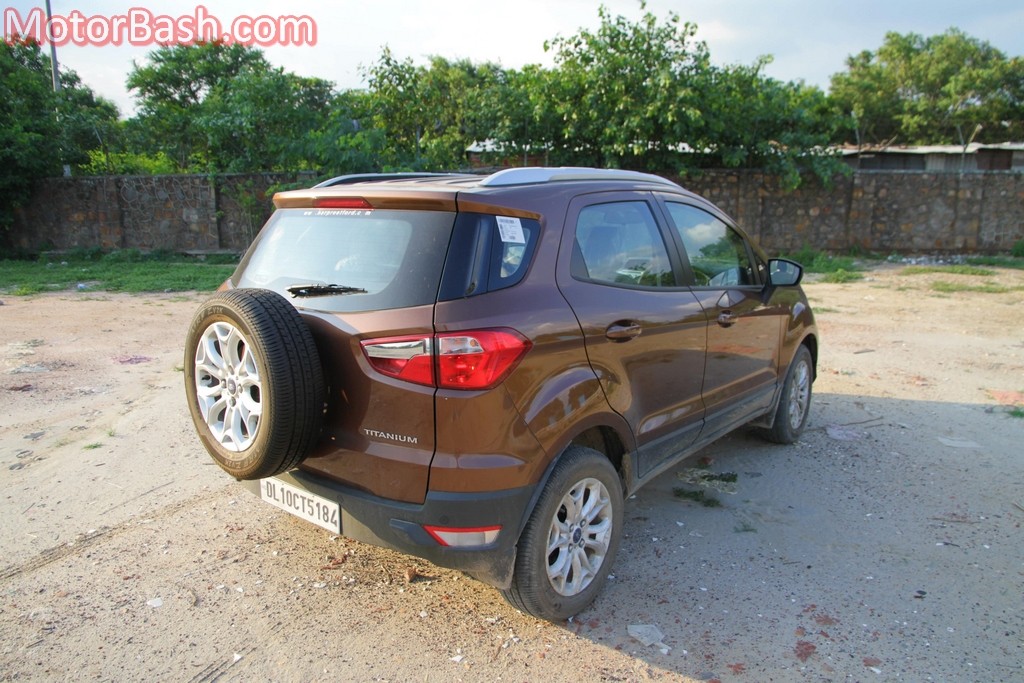 Time to listen to the parents, then… The Miata can wait…

1 thought on “BEST CAR UNDER 10 LAKH FOR NEWLY-WEDS”