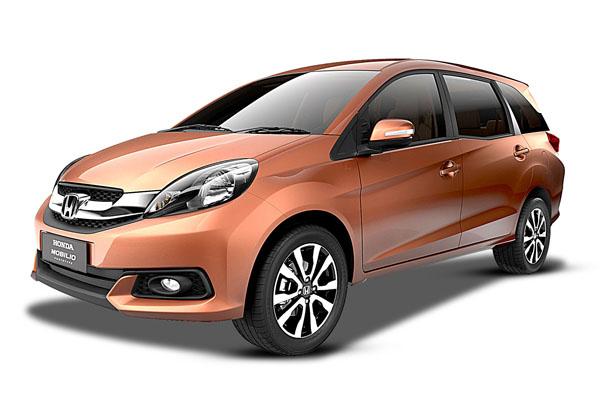 It is definitely good to hear that the production of the Honda Mobilio SUV will begin from the next year, with deliveries taking place in the second month itself. It also suggests that the Indian introduction could take place some time after that.

The Mobilio is a Multi-purpose Vehicle, very much in the segment of the Ertiga and partially into Toyota Innova. It is actually based on the Honda Brio, and was known as the Brio LMPV before the covers were lifted off it at the Indonesia International Motor Show 2013 (IIMS) in Jakarta in September. Evidently, it is almost the Brio with  a stretched wheelbase as well as an extended rear. It is expected to share many components from the Brio as well as sibling Amaze in its interior.

Mobilio will be produced by PT Honda Prospect Motor (HPM), the Indonesian arm of Honda. After being manufactured in Thailand, it will find its way to a few other countries as well. The Mobilio has picked up about 4,500 bookings till now, and the manufacturer believes it has good sales prospects, allowing larger families to move about the town in comfort as well as in safety.

It was stated at the IIMS 2013 that the Honda Mobilio will be produced at the company’s Karawang facility in Indonesia, starting from 2014. This has now been confirmed by the  by a statement of Jonfis Fandy, Marketing & After-Sales Service Director of PT Honda Prospect Motor (HPM). They have mentioned that Honda Mobilio will see production kick-off from January 2014. The customers who have booked the Mobilio will start receiving the vehicles from the following month.

Mobilio is a 7-seater MPV that is gunning for the throat of Maruti-Suzuki Ertiga. Honda has already stated that they will launch the Mobilio in India, sometime in 2014.

Here is a brief walkaround of the Honda Mobilio :

Will you prefer Mobilio over Ertiga?